The Case for Nuclear: How the U.S. Can Bolster Global Energy Security 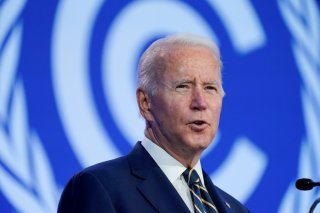 With Russia’s tragic invasion of Ukraine, the world’s energy system has been thrown into tumult. Clashing geopolitical dynamics and disrupted supply chains have created a full-blown energy crisis. Ongoing fuel shortages and pressing climate concerns require a balanced solution that is sustainable, reliable, and innovative. Fortunately, there is a proven energy source that checks each one of those requirements. The new challenges precipitated by Russia’s invasion of Ukraine, combined with the imperative of addressing climate change, underscore with new urgency what we have long known to be true. The United States can promote global energy security and strengthen its national security by accelerating the deployment of innovative nuclear energy technologies.

The interconnected nature of global energy systems and supply chains creates a security dilemma, but the United States can minimize that risk by licensing and deploying nuclear technologies made domestically and in allied countries. The United States has a long history of leadership in developing nuclear technologies, and there has been significant progress made in recent years to realize the potential of the next generation of nuclear power right here at home. The benefits are tangible and significant: nuclear energy ensures both domestic and international access to a carbon-free, reliable, and secure baseload energy source, which is critical to maintaining service, avoiding societal disruption, and decreasing our reliance on foreign fossil fuel sources. By leveraging new technologies and innovation through appropriate federal trade support, the United States can ensure that its nuclear reactor designs are a critical part of the world’s energy mix to achieve climate goals and prioritize global energy stability.

As the conflict in Ukraine intensifies, Central and Eastern Europe provide the clearest examples of how U.S. nuclear energy exports can help strengthen global energy security. While 20 percent of the nuclear reactor fleet in the region is of U.S. origin, the continued dependence on Russian natural gas and oil supplies points to the clear need for additional American-made nuclear technologies to address this vulnerability. In Ukraine, which historically has been dependent on Russia for at least half of its fuel, the nuclear energy firm Westinghouse recently signed an agreement to increase the number of planned AP1000 reactors from five to nine, as well as supply all of the nuclear fuel needed for Ukraine’s current fleet. In Poland, Westinghouse and Bechtel, a U.S. engineering firm, signed a partnership agreement to provide three Westinghouse reactors to a plant on Poland’s Baltic coast. Additionally, in May the United States announced a partnership with Romania to supply a training simulator in advance of a NuScale Power small modular reactor (SMR). The country could become the first in Europe to build this new type of nuclear power plant. The development of small modular reactors, as well as larger reactors in Central and Eastern Europe, is a positive sign for the future of the region’s energy security and decarbonization efforts.

The United States and its allies have developed the most technologically advanced and innovative nuclear reactor designs and fuel. However, even the best U.S. nuclear technology firms will be hard pressed to compete with Russian and Chinese state-owned nuclear enterprises, which enjoy a full range of economic support from their respective governments. As a result, Russian and Chinese designs comprise more than half of all nuclear plants under construction worldwide. In the United States, nuclear technology exporters face an uphill battle with a complicated nuclear regulatory regime overseen by multiple agencies ranging from the Nuclear Regulatory Commission to the Department of Energy (DOE). Additionally, U.S. reactor projects do not get the same government subsidies that Russian and Chinese projects do, making U.S.-led developments more expensive.

Ceding the upper hand on designing and exporting advanced nuclear technologies to those regimes poses a clear and present risk to U.S. national and energy security in the long term. It is a battle that we cannot lose. Adding to the sense of urgency, a significant number of reactors are approaching the end of their timelines both domestically and abroad. Advanced U.S. nuclear technologies stand ready to fill that gap, but they need more political and regulatory support for civil nuclear exports. Efforts such as the DOE’s Advanced Reactor Demonstration Program and updates to the 2022 Energy and Water Development and Related Agencies spending bill help support these objectives, but policymakers can and should do more to achieve a whole-of-government, comprehensive perspective of security and innovation which recognizes the significant value proposition of carbon-free nuclear energy.

It is also crucial that the federal government support U.S.-based enrichment facilities to provide the domestic capabilities needed to wean ourselves off of Russian-supplied enrichment. The need for a reliable domestic nuclear fuel supply provides another avenue for bold new collaboration between the private and public sectors. Establishing a sufficient domestic fuel supply will ensure that the world’s most reliable source of carbon-free energy is even more secure. By possessing control of the process from start to finish and building these capabilities, the United States will create jobs at conversion and enrichment sites across the country.

Looking forward, elevating U.S. nuclear innovation and global leadership by supporting the development and exportation of nuclear technology is central to driving national security, bolstering global energy security, and mitigating the climate crisis. Furthermore, U.S. leadership in civil nuclear exports ensures that the highest standards of safety, security, and non-proliferation will be upheld. The increasing momentum in support of nuclear energy in the United States and abroad shows the possibilities of partnerships that utilize traditional and advanced nuclear reactors for safety and sustainability. There is no looking back. Now is the time for the United States, together with its allies, to lead the way toward energy independence and stability around the globe.

Ambassador Richard Morningstar, Founding Chairman of the Atlantic Council’s Global Energy Center, Former U.S. Ambassador to the Republic of Azerbaijan and to the European Union