America Must Choose Between Two Different Paths on Iran 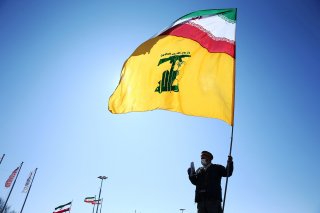 “I’m under no illusions about the Iranian regime, which has engaged in destabilizing behavior across the Middle East, brutally cracked down on protesters at home, and unjustly detained Americans,” Joe Biden wrote this past spring for Foreign Affairs. “But there is a smart way to counter the threat that Iran poses to our interests and a self-defeating way—and Trump has chosen the latter.”

On no major global challenge has Washington acted so inconsistently in recent years as the Islamic Republic, though that challenge has not changed in any fundamental way since the 1979 revolution brought a radical theocracy to power in Tehran. The Iranian regime, which is fueled by an expansionist ideology, continues to threaten the United States and its allies, seeks to acquire nuclear weaponry, is developing increasingly sophisticated ballistic missiles, sponsors terrorism, works directly and through proxies to destabilize regional governments, and brutally suppresses its own people.

Through every presidency since the tenure of Jimmy Carter, America’s strategic goal vis-à-vis Iran has been the same: to convince the regime to change course, mend its ways, and become a member in good standing of the rules-based global order. The question that has vexed every president has been whether to try and achieve that objective through pressure (in the form of sanctions and political opprobrium) or persuasion (through collaboration and aid).

Though Washington—across presidencies and even within some of them—has alternated between pressure and persuasion, the starkest change in direction came when Trump succeeded Obama, withdrew from the 2015 global nuclear agreement that Obama had engineered, and abandoned hopes of fostering warmer U.S.-Iranian ties through economic aid and a less hostile U.S. posture. Instead, over the past two years, Trump has imposed a “maximum pressure” campaign of heightened sanctions intended to force the regime to abandon its nuclear pursuits, regional mischief, and human-rights abuses.

To be sure, Americans are overwhelmingly focused on other issues as they prepare to choose in November. With their votes, however, they will be implicitly endorsing one of two very different U.S. approaches toward Iran and the challenges that it fosters across a turbulent region.

We will either get four more years of “maximum pressure,” or a return to a more conciliatory posture toward Tehran under a new commander-in-chief who, as Obama’s vice president, helped shape that administration’s Iran policy. Neither approach guarantees success, and both carry with them sizable risks.

Let’s take them one at a time.

Trump’s maximum pressure campaign, which is designed to weaken Iran’s economy by sanctioning governments and firms that do business with it, is indeed having a sizable impact. Regime oil revenues reportedly fell 92 percent over the last year, foreign direct investment in Iran fell 26.5 percent in 2019, the country’s currency (the rial) is trading at its lowest level since the revolution, and inflation is soaring.

Radical, ideologically driven regimes don’t tend to evolve—as a result of economic, political, or other pressure—into moderate ones (see Beijing, Havana, and Caracas). We shouldn’t expect sanctions to trim Tehran’s revolutionary fervor, either. At some point, however, further economic pressure could exacerbate growing public disenchantment enough to topple the regime.

The great unknown is what would replace it. We’d be hard-pressed to imagine anything much worse than a nuclear-seeking, terror-sponsoring, human rights-abusing regime in Tehran, but we need only look at neighboring Iraq to see how the departure of a brutal dictator can create a vacuum that is later filled by bloody mayhem.

By contrast, rather than squeezing Tehran into submission, Biden suggests that he would wind back the clock and pursue a more collaborative approach, rejoining the nuclear agreement if Iran returns to “strict compliance” with it.

That would improve America’s frayed ties with its European allies, who have chafed at Trump’s approach and sought to save the nuclear deal in the absence of U.S. participation. By lifting the sanctions that reappeared when Trump left the agreement, and presumably the additional ones that the United States has imposed since Biden would be opting for regional stability by throwing Tehran an economic lifeline.

That stability, however, will recreate a stark reality: one in which limits on Iran’s nuclear pursuits will expire in the coming years, Iran’s ballistic missile program remains unfettered, and Iran continues the terror sponsorship and other activities that make the regime such a malevolent force.

Frankly, when it comes to Iran, the United States has no unimpeachably good options. The operative question is whether Americans will opt for the risks—and the potential rewards—of maximum pressure, or the relative stability of accepting the current regime and trying to hammer out a modus vivendi with it.