Is the Armenia-Azerbaijan Peace Process Dead? 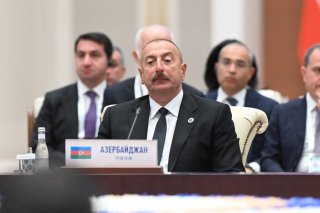 On September 13, Azerbaijan’s defense ministry reported that the Armenian armed forces committed large-scale provocations in the Dashkasan, Kalbajar, and Lachin directions of the Azerbaijani-Armenian border. The escalation resulted in the losses of military servicemen on both sides in one of the most severe hostilities since the end of the Second Karabakh War.

The clashes came after difficult negotiations in Brussels mediated by European Council President Charles Michel last month. While three previous meetings raised hopes for the prospect of signing a peace treaty based on a five-point proposal initiated by Azerbaijan, which rests on the mutual recognition of the territorial integrity of both countries, Armenia reintroduced the issue of the so-called status of Nagorno-Karabakh, which means returning to a conflict-related agenda. Moreover, beyond agreeing to a peace settlement, there are three other problems that must be addressed. First, the delimitation of borders, which was under Armenian control for thirty years and thus never defined. Second, the opening of transportation links, and third, the resolution of humanitarian problems such as landmines, detainees, and missing persons.

Following the April 6 summit in Brussels, Michel enthusiastically declared the beginning of preparations for a peace treaty that Azerbaijan had been calling for since the end of the 2020 war. In the days after the April summit, Azerbaijan established a working group to negotiate a peace treaty and called upon Armenia to follow suit (Armenia has yet to do so). The next summit, which occurred in May, also brought about positive developments and led to the establishment of an international commission on the delimitation and demarcation of the Armenia-Azerbaijan border. The last summit on August 31 agreed “to step up substantive work to advance on the peace treaty governing interstate relations between Armenia and Azerbaijan.”

Immediately after the latest summit, Armenian prime minister Nikol Pashinyan made a number of statements that undermined these efforts and significantly exacerbated tensions along the Armenia-Azerbaijan border. He declared that the Brussels summit on August 31 had failed to produce any major agreement between the sides, again raised the issue of the status of Nagorno-Karabakh, and basically rejected Azerbaijan’s territorial integrity.

Pashinyan also changed his position about the construction of a railway between mainland Azerbaijan and its Nakhchivan exclave through the southern Armenian territories, known as the Zangezur corridor in Azerbaijan. It is worth recalling that last year he had declared that railway construction was acceptable and rejected the idea of paving a highway along this route. Following the May 22 summit, Azerbaijani president Ilham Aliyev stated that the sides had agreed on the establishment of the transportation route along Zangezur (Armenians call this region Meghri). Apparently, the Armenian government has now stepped back from this agreement.

The two years since the Second Karabakh War have demonstrated that the bloodshed will not stop if the status quo persists. Both sides must reach agreements on a number of pressing issues as soon as possible in order to end the hostilities. It is necessary to resolve the most outstanding issue: Armenia must either recognize Karabakh as part of Azerbaijan or continue to pursue a conflict-related agenda. Previous attempts to postpone the resolution of the Karabakh issue to work on other problems have failed. The Gordian knot should be cut now to have durable peace in the future.

Further, the delimitation and mutual recognition of state borders would open a new chapter in bilateral relations. The international commission on the delimitation and demarcation of borders should continue to meet and work to build trust and confidence between the two countries.

Other major issues on the peace agenda concern the presence of illegal Armenian armed groups in the Karabakh region of Azerbaijan, the re-opening of regional transportation and communication links, as well as humanitarian problems. Armenia needs to abide by the agreements the sides reached in the European Union (EU)-mediated summits and in the three Russia-Armenia-Azerbaijan trilateral statements. Armenia’s refusal to implement the fourth clause of the November 10, 2020 statement calling for the withdrawal of Armenian forces from Azerbaijani territory has already led to clashes between both sides on a number of occasions and runs the risk of future escalation.

It must be made clear that the latest clashes stemmed from the lack of a peace treaty and the absence of any meaningful progress in other negotiating tracks. Pashinyan should not employ the tactics of his predecessors who imitated the negotiations for up to thirty years and blocked the peaceful settlement of the conflict. This tactic eventually led to the war in 2020.

The lack of a peace agreement might expand the theater of future hostilities between the two countries and lead to new tragedies. While thirty years of military action occurred on the territory of Azerbaijan, the latest clashes have shown that Azerbaijan will not tolerate shelling and rocket strikes from the territory of Armenia and its response will affect Armenian military installations there.

Unfortunately, the major powers that previously dealt with the resolution of the conflict between Armenia and Azerbaijan, namely Russia, France, and the United States, have opposing interests in the region. Additionally, U.S. politics are occasionally affected by various domestic interests, such as Armenian lobby groups. The Brussels platform, which initially looked promising, is now endangered.

Farid Shafiyev is Chair of the Baku-based Center of Analysis of International Relations.