Is the Armenian-Azerbaijani Conflict About to Escalate? 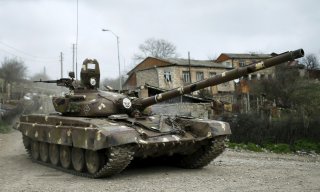 For decades, Armenia and Azerbaijan have fought an unresolved conflict over the Nagorno-Karabakh region. Numerous ceasefires have been violated, and the ongoing war has resulted in the deaths of thousands, with many more injured. The West has also tried to help resolve the conflict by sending millions of dollars of financial and humanitarian assistance. Despite these efforts, the situation continues without end.

Earlier this year, it appeared that progress was being made. In July, Armenian prime minister Nikol Pashinyan and Azerbaijani president Ilham Aliyev met in Georgia, where they debated a plan on normalizing relations. Armenian officials stated that they would withdraw their forces from Nagorno-Karabakh, while Karabakh authorities ordered residents of the Lachin region to relocate. Azerbaijani leaders then said they would retake control of the area.

But then everything changed. In August, one Azerbaijani soldier and two Karabakh soldiers were killed. Armenia and Azerbaijan immediately accused one another of violating the current ceasefire. Shortly after, tens of thousands of Armenian residents protested their government’s decision to cede control of Nagorno-Karabakh to Azerbaijan. New ceasefire violations were reported in November and December. Given these developments, it appears that matters are becoming worse in the region.

Seeing a potential escalation in the conflict, French president Emmanuel Macron and European Council president Charles Michel offered to moderate peace talks between Pashinyan and Aliyev. But Aliyev said he was not interested in these negotiations, claiming that Armenia and France were working to undercut his country and that France had an “anti-Azerbaijan position.”

Aliyev’s outbursts may have been strategic. Days after calling off the peace negotiations, Azerbaijani officials reportedly blocked off the Lachin Corridor, the only passage that connects Nagorno-Karabakh to Armenia. According to Armenian reports, over 120,000 people were cut off from Armenia for several hours due to this “blockade.” Azerbaijani officials have alleged that Armenia is using the corridor to sneak military hardware into the region, an accusation that Armenian officials deny.

Amid the delays in negotiations, the Armenians are now concerned that Azerbaijan is trying to take control of Nagorno-Karabakh by force. The Armenians previously stated that they would withdraw their troops from the region by September. Armenia also told residents to leave the area, but tens of thousands of ethnic Armenians continue to reside there. In addition, the International Court of Justice and the United Nations are still reviewing claims submitted by the Armenian and Azerbaijani governments.

Given the delays in these various matters, Azerbaijani authorities are becoming impatient. Instead, they may try to take matters into their own hands. Russia, which currently has peacekeepers in the region, has become preoccupied with its illegal and unnecessary war in Ukraine. As a result of Russia’s waning influence in the region, Turkey has become the main intermediary. But it is facing its own problems as it combats soaring inflation while also trying to balance its collapsing currency. With two of the region’s biggest powers dealing with their own affairs, Armenia and Azerbaijan are left to fend for themselves as they try to resolve their differences.

Armenian officials now report that residents in Nagorno-Karabakh have been cut off from gas and other necessities. The European Union has expressed its concerns about the situation, highlighting that it does not have a presence in the region, which makes assessing the situation more complicated. Still, the EU is actively trying to engage with Armenian and Azerbaijani officials to de-escalate recent developments in the region.

Overall, the recent escalations in Nagorno-Karabakh are a result of missed opportunities. The conflict has flared and subsided throughout the year. Armenian and Azerbaijani officials have met on numerous occasions, but little action has been taken to resolve the conflict. Instead, the current ceasefire has been violated, additional lives have been lost, and Armenian and Azerbaijani officials and citizens are frustrated by the never-ending conflict.

As we enter 2023, one New Year’s resolution should be for the world to help mediate the conflict and finally convince Armenia and Azerbaijan to sign a peace treaty to end the war. Doing so will spare thousands of lives from additional hardship. But if the conflict continues to drag on, and if officials from both sides are not held accountable, the risk of a deadlier conflict will only grow. It is time for peace.