Attacking Iran Would Unleash Chaos on the Middle East 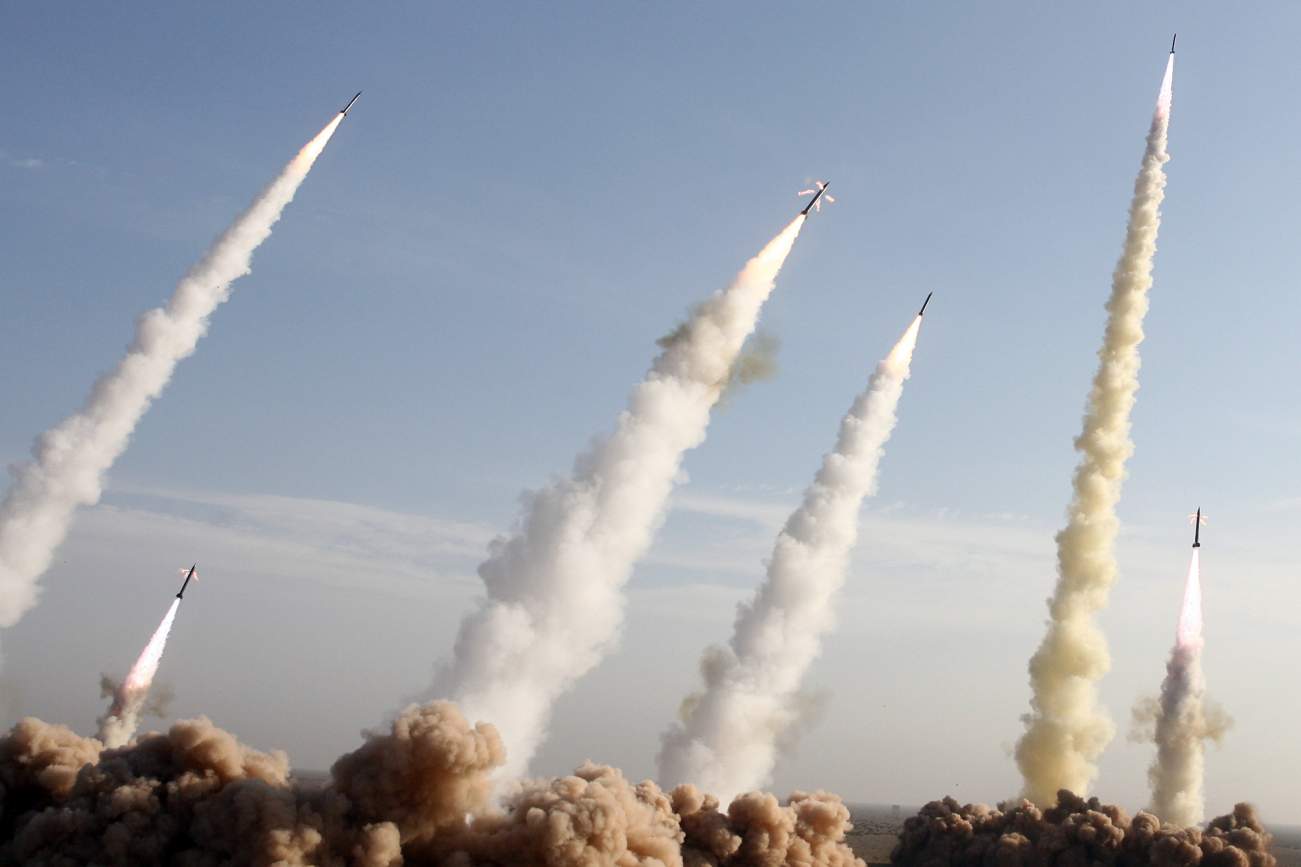 Undeterred by decades of carnage and the disastrous outcomes of prior conflicts, ideologues within the Trump administration are clamoring for military action against Iran. The exact basis for this escalation varies. Common among the allegations are concerns over Iran’s civilian nuclear program, in spite of Iranian compliance with the Non-Proliferation Treaty, Joint Comprehensive Plan of Action (the Iran nuclear deal) and their Safeguards Agreement with the IAEA. Other pro-intervention voices decry Iran’s alleged sponsorship of terror organizations or cite a general concern for U.S. interests in the region as a pretext for action. This view of the Iranian regime is overly narrow and ahistorical. Iran is a conservative state in a region otherwise awash in radicalism. Any military action undertaken by the United States or its allies against the regime in Tehran will represent a grave error.

Sponsorship of terror organizations or extremist groups is a hallmark of nearly all Middle Eastern states. Saudi Arabia, Qatar and Kuwait have both lent financial and material support to Sunni extremist groups involved in the Syrian Civil war, Yet both remain in good standing as U.S. allies. Even Israel has aided rebels groups in Syria near its border, though Jerusalem denies that it is supporting extremists. Iran is not beyond reproach, for it has maintained relationships with Hezbollah and Hamas. However, these groups, while on the State Department’s terrorist list, do not threaten the United States.

The claim that the Iranian regime harbors or supports Al Qaeda is patently absurd and easily disproven.

Prior to the start of the Global War on Terror, Iran supported the foremost adversary of Al Qaeda in Afghanistan, the confederation of warlords known as the Northern Alliance. Following the attacks of September 11, 2001, the Iranian government handed over photocopies of three hundred passports associated with suspected Al Qaeda members to the United Nations. Of these three hundred, many would be forcibly deported back to Saudi Arabia and other Arab countries. In an additional gesture of good will, the Iranian regime offered to provide search and rescue support, humanitarian relief and targeting assistance in the fight against the Taliban and Al Qaeda to then-Deputy Secretary of State for Near East Affairs Ryan Crocker. America was initially receptive, accepting Iranian assistance in the Bonn Conference that oversaw the creation of the post-Taliban Afghan government. Special Envoy James Dobbins would later state that the Iranians were “comprehensively helpful” in the post 9/11 period.

Despite being rebuffed by George W. Bush’s “Axis of Evil” speech, the Iranians nevertheless doubled down on their commitment to positive bilateral relations with the United States. In a memorandum personally endorsed by Ayatollah Khamenei and delivered with the aid of Swiss Diplomat Tim Guldimann, the Iranian government offered to assist the United States in targeting Al Qaeda, submit to full transparency in its nuclear energy program, cease support for Palestinian groups, pressure Hezbollah into transitioning into a purely political organization, and recognize the two state concept for Israel-Palestine put forth in the Arab League Beirut Summit.

Through false attribution of an Al Qaeda attack in Riyadh to Tehran, Dick Cheney and Donald Rumsfeld were able to dissuade President Bush from additional talks with Iran. Then-Undersecretary of State for Arms Control John Bolton successfully lobbied for the removal of the Swiss intermediary Guldimann, further reducing the hope for future talks. In spite of these setbacks, Iran maintained its opposition to Al Qaeda.

From the cache of documents removed from the Abbottabad residence of al Qaeda’s slain leader, Osama bin Laden, it is known through translated correspondence that many members of the terror group who attempted to flee into Iran after the United States invaded Afghanistan were arrested by Iranian military and intelligence services. By April of 2003, Iranian forces had captured a number of higher profile Al Qaeda members like the architects of the 1998 Kenya and Tanzania embassy bombings, Saif Al-Adl and Abdullah Ahmed Abdullah, along with a former top lieutenant of Abu Musab Al-Zarqawi, Khalid Mustafa Al-Aruri. Those detained in Iran also included two sons, a daughter, and a wife of Osama bin Laden. Though an exact inventory of the captured is inaccessible, it is known that with the exception of two escapees, Enan and the late Sa’d bin Laden, many al Qaeda members remained in custody at least until 2010, when a few were exchanged for a kidnapped Iranian diplomat in Pakistan. Had the United States agreed to continue cooperating with Iran for counter-terrorism purposes, it could have traded captured members of the anti-Iranian-regime Mujahideen-e Khalqh (MEK) from the battlefield in Iraq for an Al Qaeda lieutenant like Said Al-Adel or heir apparent Hamza bin Laden, rather than losing them back to the battlefield.

Figures such as former CIA director and current Secretary of State Mike Pompeo, and organizations like the Foundation for the Defense of Democracies (FDD), still insist that an operational relationship exists between Iran and Al Qaeda. This shouldn’t come as a surprise, as claims like these are a staple in pre-war propaganda campaigns. In reality, as the detailed analysis of the records from Osama bin Laden’s Abbottabad compound by West Point’s Combating Terrorism Center (CTC) shows, relations between al Qaeda and Iran have been consistently antagonistic. The presence of Al Qaeda in Iran is only represented by prisoners of the regime. With Al Qaeda active in contiguous states, captive Al Qaeda members represent negotiating leverage and a deterrent against future attacks.

Attacks by Al Qaeda affiliates and splinter groups inside the country, such as a massive attack in February on members of the Islamic Revolutionary Guard Corps, have further undercut accusations that Iran is acting as a haven for extremist groups. To counter these groups, Iran has deployed its forces to the battlefields of Syria and Iraq, making considerable sacrifices in combating the Islamic State, and these contributions should be regarded as a critical factor in the defeat of the bin Ladenite factions and splinter groups in both nations.

An American military campaign against Iran would only succeed at great cost. The Iranian military is better organized and equipped than many countries in the region. Through the use of intermediate range missiles, Iranian forces could effectively engage large U.S. installations in Iraq, Kuwait, Afghanistan, Qatar, and Bahrain, as well as U.S. Arab allies in the Persian Gulf. U.S. naval vessels could be highly vulnerable to Iranian modern anti-ship missiles as well.

After the United States suppresses Iran’s integrated air defense systems and anti-aircraft fire, U.S. forces should be capable of destroying the regime in Tehran, at least in the short term. However, the prospect of occupying and stabilizing a country whose population and landmass far exceed that of Iraq should be a formidable deterrent. If, after initial costs of $2 trillion and decades of U.S. involvement, Iraq is still in disarray, how could any rational governing body logically pursue a similar strategy against a country over three times the size, with a complex topography and an equally diverse ethnic and religious landscape? The Iranian regime, while imperfect, does maintain a general stasis between the varied sects of Shia and Sunni Muslims in the country. Under the chaos of war and foreign-military occupation, the outbreak of sectarian warfare like that of Iraq is a real possibility, made worse by the virulently anti-Shia Al Qaeda and ISIS waiting at the periphery. Prolonged and extensive carnage would surely follow.

Further complicating such a campaign would be the presence of the Marxist guerilla cult and U.S. foreign-policy establishment favorite, the Mujahideen-e Khalqh (MEK), who would also be vying for control of the state, despite that their popular support inside Iran is approximately nonexistent. The combination of these factors seriously diminishes the long-term probability of success for a U.S. invasion of Iran.

Some reporting last year suggested that the administration was considering launching a series of air attacks based on Bill Clinton’s “Operation Desert Fox” model. This would be based on the premise that the Iranians would be too smart to dare fight back and provoke even worse American wrath. Of course, this would seem to be a fairly optimistic take from those claiming that Iranian aggression against U.S. forces is forcing them to respond militarily in the first place.

That Iran’s so-called provocations are exaggerated and that they are likely to defend themselves with force if attacked would seem to be the more reasonable assessment.

As with all military incursions undertaken by the United States during the Global War on Terror, a major victor will be the Al Qaeda members who sought to draw U.S. forces deeper into the Middle East for the purpose of waging a war of financial attrition against the United States and destabilizing U.S. regional allies. There is little doubt that Osama bin Laden would have loved to see the United States attack and overthrow another of Al Qaeda’s enemies, this time the Shia mullahs of Iran, and sow a whole new generation of sectarian war, and warriors, throughout formerly stable, opposition-held Iran.

The Trump administration can recognize Iran for its potential in stabilizing the Middle East or can replicate past U.S. mistakes, solidifying this nation’s role as the foremost agent of global chaos.