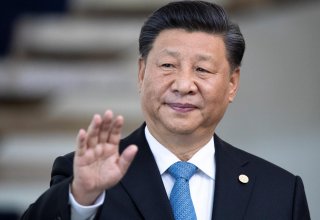 Making consensus decisions at the speed of relevance is the principle challenge confronting President Joe Biden’s renewed multilateralism. The world is a competitive place in which freedom and innovation thrive, but it is also one in which democratically-elected governments face a significant disadvantage:  Authoritarian regimes can make decisions faster, marshal resources more quickly, and stay the course longer in competition or confrontation simply because their leaders are not subject to free election by their populations. This reality should compel NATO and the EU to work together with their respective global partners to set clear priorities, understand and manage the risks involved, and commit to making good collective decisions in advance of need. The three most urgent and important tasks for leaders committed to moving at the speed of relevance to overcome this authoritarian advantage are resilience, unity, and autonomy.

In security and defense terms, resilience, the ability to operate under pressure and amidst difficulty, is the key to deterrence.  In the midst of today’s difficulties, which in most cases can be traced to the actions of external actors, the ability of NATO to conduct deterrence, and if necessary actively defend NATO territory, still depends on consensus decisions in the Alliance, the ability to muster, move, and supply large troop formations in Europe, to defend its networks and the allies’ information space, and to reinforce its operations from North America. All of this assumes NATO’s nations can join consensus because they are free from undue external influences such as unfavorable economic arrangements, loss of control over critical infrastructure, supply chain dependencies, network intrusions, corrupting actions aimed at decisionmakers, and rampant disinformation campaigns within their societies.  It also assumes that forces can communicate securely, freely use the ports, airports, railroads, highways, and staging areas needed, that the needs of the populations in such emergencies are met by national governments to include the provision of and protection for safe food and water, urgent medical care, reliable energy, functioning communications and essential transport networks.

In other words, to ensure our collective defense allies and partners need to cooperatively provide a secure environment through a diligent focus on resilience. Within a resilient transatlantic homeland, our political leadership and our military forces can successfully respond to any security and defense crisis imposed upon us by authoritarian regimes or other malign actors. If our multilateralism is effective in doing so, we cannot be defeated militarily.  Our authoritarian competitors know this, which is why they are pursuing a strategy of winning without fighting that seeks to undermine our resilience efforts.

Unity in a resilient security environment is the second most urgent and important task.  If authoritarian regimes cannot undermine us, then their next best tactic is to divide and conquer.  While NATO, the greatest expression of our military unity, deters U.S. adversaries and defends U.S. interests in close cooperation with forty partners, the transatlantic community must also strive multilaterally to strengthen our most important common asset, our economic unity. While the revanchist regime in Moscow is a clear military challenge to NATO and the West and is a focus of Allied efforts, the Chinese Communist Party’s pursuit of their stated goal to become the world’s dominant nation is inherently an economic challenge.  The strength of the integrated transatlantic economy is a bulwark against Chinese efforts to gain financial, economic, and technological hegemony.  We must assume, therefore, that a divide and conquer approach to Europe and the United States is a topic of some discussion in Beijing.

Economic unity is fundamental to our defense. The transatlantic economy is the engine of our prosperity, which funds our security. Unified and resilient security and defense without economic unity to sustain it would lead to an inevitable degradation of our capability and capacity to remain independent. Fortunately, the founders of our prosperity following World War II well understood this axiom as evidenced by their efforts under the Marshall Plan.  In their annual report “Transatlantic Economy 2020” researchers Daniel Hamilton and Joseph Quinlan regularly highlight both the strength and the unity of our single economy:

“Despite transatlantic political turbulence, the United States and Europe remain each other’s most important markets. The transatlantic economy generates $5.6 trillion in total commercial sales a year, the mutual foreign direct investment makes up $6.3 trillion and employs up to 16 million workers in mutually “on-shored” jobs on both sides of the Atlantic.”

The transatlantic economy, purposefully designed for success in the aftermath of World War II, has produced the largest and the most successful trading bloc in the world.  Driven by innovation, rules-based institutions, technological competitiveness and knowledge creation, the transatlantic economy makes up 43 percent of the global economy, with $36 trillion in real GDP.

Unity within the transatlantic economy represents a significant challenge for the rise of China.  Although today China’s real GDP ($15 trillion) is approximately 42 percent of the transatlantic economy compared to only 7 percent two decades ago, further growth depends on access to Western markets, technology, and investment.  Even though the Chinese economy grew by a factor of twelve during this period and the transatlantic economy only doubled, to achieve the Chinese Communist Party’s ambitions, to achieve domination, they will need to continue to benefit from the western-based international order and their unlimited free-market access, which they have used quite successfully to tap into the transatlantic economy. Continuously flaunting the rules of international trade via a marauding state-driven economic model, however, is starting to tarnish the luster of China in the eyes of many who heretofore saw only opportunity.  An awakening of free-market democracies is now at hand as the economic, security and ideological agenda of the Chinese Communist Party becomes more and more apparent and ominous.

Fortunately, the coronavirus pandemic revealed our own individual and collective weakness.  Our lack of transatlantic resilience and unity in the face of China’s long-term strategy was evidenced by our lack of diversity in suppliers of goods, our acquiescence to China’s pervasive control of the global supply chains,  to its domination in the raw material sector and to its seeming monopoly on value-added material processing and associated manufacturing supply chains.  It is now apparent that transatlantic supply chains need to be rebuilt to provide redundancy in key national security sectors and to eliminate dependencies on China, to “re-shore” the production of critical goods within the transatlantic economy, and to diversify global production networks to ensure security of supply.  In short, a unified approach to defending and growing a more resilient transatlantic economy is the best defense against an authoritarian China determined to dominate free and open societies.

Beijing’s long-term strategy of division, therefore, is to influence and bi-lateralize relations with European countries using diplomatic platforms such as the Belt and Road Initiative and “17+1,” which will inevitably result in a real stress test for the cohesion of the European Union. While political elites may see China’s presence as purely economic and opportunistic, China’s deepening economic integration in some EU member states coupled with its relentless insistence on its own contractual terms brings big political risk: member states joining BRI and operating outside the EU alone or as a block, could create the perception that with BRI, the power of China in Eurasia predominates. Beijing’s goal is to turn these countries politically neutral when it comes to security and human rights challenges to transatlantic norms and values, creating fractures inside the EU, perhaps in NATO, but certainly amongst the transatlantic community.

Transatlantic unity is essential to preventing this outcome because Europe alone possesses neither the economic nor military strength nor the political coherence to resist China independently. Unity and resilience in this context means we must cooperatively secure our environment, deter our adversaries, defend our territory, and most of all, we must ensure our collective prosperity for it is our prosperity that funds our security and defense, which versus an authoritarian strategy of winning without fighting highlights our prosperity as our center of gravity.  This reality begs the question:  how much of our prosperity should be devoted to protecting it?  The answer is: as much as it takes as this question is, in the end, an existential one.

The benchmark for “as much as it takes” is autonomy, the third most urgent and important task for effective multilateralism. The transatlantic community must remain master of its own fate. A resilient transatlantic community generating a unified transatlantic economy must actively engage as a truly independent actor within world organizations for our post–World War II vision to not only survive but to thrive. Strategic autonomy as a characteristic of supranational governance is much in vogue in Europe as post-Brexit the EU is grappling with the notion of European Strategic Autonomy, a question which in the face of sizable challenges from Beijing, Moscow, and elsewhere is increasingly moot simply based on the math involved.  The transatlantic core of the global network of democracies with free-market economies in the geostrategic context has a single pool of resources from which to draw strength and a single set of challenges it must confront multilaterally and ever more urgently. We can no longer afford to dissipate our resources in uncoordinated and inconclusive contingency or stability operations across the expanse of our common frontier. The imperative for effective multilateralism operating at the speed of relevance is to coordinate our resource withdrawals so that we can sustain our commitments to meeting the challenges to our prosperity, our security, and our territory. Neither an autonomous Europe nor an autonomous United States has the wherewithal to defend itself against a dynamically opportunistic authoritarian onslaught that seeks to impose a death of a thousand cuts upon each of us to bleed our individual prosperities into weakness. The sum of the costs imposed upon us from the outside is simply too much to handle unilaterally and the oft-cited “division of labor” approach for multilateral solutions simply offers increased opportunity for adversaries to separate us. For our continued success, a simple formula must be and remain true: