A New Path Forward for NATO and Russia 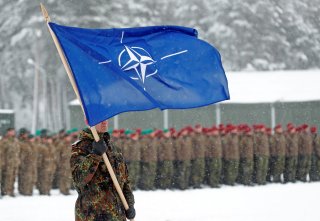 The security situation in Europe has deteriorated to its lowest point in the past three decades. Since 2014, NATO and Russian ground, naval and air forces operate in much closer proximity, resulting sometimes in dangerous “buzzing” and near misses. The arms control and confidence-building regime established in the late 1980s and 1990s has badly frayed. Previous NATO-Russia lines of communication have broken down.

These developments combine to undermine trust and increase the possibility of an accident or incident that could lead to an armed conflict that neither the Alliance nor Russia wants. They should, as a matter of priority, work to reduce the risk of a military confrontation.

Americans, Russians and Europeans should be concerned about this.

Over the past four months, we have joined with more than thirty other security experts, including retired diplomats and military officers from the United States, Russia and other European countries, for detailed discussions on how NATO and Russia might reduce the risk of inadvertent conflict. We came together because of concern that the prospects of such a clash have grown alarmingly high.

Participants in the experts group differed significantly over the root causes of the present precarious situation. All of us agreed, however, that rather than debate who is to blame, our group’s focus should be on practical measures that could help ease military tensions and avert a crisis that could escalate into something much worse.

The situation cries out for more dialogue and re-establishing political and military contacts. For example, more frequent meetings between the Chief of the Russian General Staff, Chairman of the U.S. Joint Chiefs of Staff, NATO Supreme Allied Commander Europe and Chairman of the NATO Military Committee could address ways to lower tensions and the possibility of military misunderstanding.

Those exchanges could lead to new arrangements building on the 1972 U.S.-Soviet (Russia) Agreement on Prevention of Incidents at Sea to regulate how NATO and Russian warships and aircraft operate when near one another. The sides’ sailors and airmen are professionals and will follow procedures designed to avoid actions that the other side might misinterpret as hostile.

In the Baltic region, NATO and Russian ground forces face one another. Arrangements based on the 1989 U.S.-Soviet Prevention of Dangerous Military Activities Agreement could increase confidence by requiring that military units behave with particular caution when in border areas. There could be provisions setting lines of contact in case one side’s ambiguous movements appeared threatening to the other.

We must not only remember the old rules for competition but develop new risk-reduction measures as well. For example, NATO and Russia should consider additional transparency about exercises, including lowering the thresholds for pre-notification and observation. Snap exercises, designed to test a military’s ability to mobilize rapidly, are not subject to pre-notification and can appear similar to preparations for war. The sides might agree on “quiet notification” to the other at a senior level so that, when Russia launched a no-notice exercise, NATO’s senior military leadership would know about it in advance and not misread it. The same could apply to Russian concerns about unannounced movements of multinational NATO forces.

NATO and Russia need to explore measures to provide greater transparency regarding new weapons, in particular intermediate-range conventional strike systems. These could include sea- and air-based systems as well as land-based missiles not covered by the New START Treaty. The sides could go further and consider reciprocal limits on the additional permanent stationing of combat forces in areas close to one another’s territory.

NATO and Russia have long debated the impact of missile defense. They should revive consultations on this and consider conducting annual exchanges of information on current missile defenses in Europe as well as plans for their development over the coming ten years, in the spirit of “no surprises.”

These are only some of the ideas that emerged from our discussions. Not all of them may be negotiable, at least in the near term, but we offer a menu of steps that could foster greater security in Europe. We are encouraged that more than one hundred experts and former senior government officials have endorsed these proposals.

This is not a plan for a “reset” or a return to “business as usual.” Relations between NATO member states and Russia are complex and troubled. It will take concerted efforts by both sides to move their interaction to a more positive plane. In the meantime, however, policymakers and military leaders should explore the kinds of reciprocal measures we suggest. No one has an interest in accidentally or inadvertently stumbling into war. By the same token, these steps can contribute to an atmosphere in which resolution of the fundamental issues that divide us could eventually become more achievable.