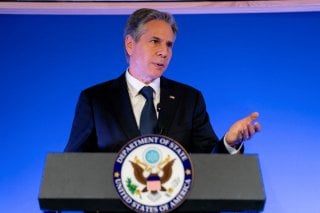 Amidst a global energy crisis, G7 leaders are once again looking to increase oil and natural gas production around the world. For African governments that have long asked for help to develop their energy industries, the G7 clarion call is long overdue. Despite this, the Biden administration’s recently released U.S. Strategy Toward Sub-Saharan Africa continues to shun most traditional energy projects on the continent. This self-imposed restriction amounts to a tax on America’s diplomatic relationships and should be scrapped. For the benefit of the United States and our partners abroad, the Biden administration should return to the once-bipartisan policy of supporting “all-of-the-above” energy development in Africa.

The Biden team’s Africa strategy prioritizes progressive climate orthodoxy ahead of dealing with the realities of global energy demand. Shortly after taking office, the current administration vowed to end international financing for fossil fuels, particularly within bilateral and multilateral fora, while opposing nearly all exploration and extraction projects through multilateral development banks. But the turmoil caused by Russia’s invasion of Ukraine has now prompted a series of joint G7 calls for greater oil and natural gas production, albeit only in the short run. The Biden administration’s Africa strategy similarly tries to maintain the climate crusade by supporting greater renewable energy uptake, albeit now with tepid support for “gas-to-power infrastructure.”

This caveated and conditional support for energy expansion in Africa sits uncomfortably with the fact that nearly half of sub-Saharan Africa’s population does not have access to regular electricity. To rectify this, as part of the 2015 Sustainable Development Goals, the United Nations (UN) set the ambitious target of achieving “access to affordable, reliable, sustainable and modern energy for all” by 2030. Yet, at the current rate of expansion, more than 40 percent of sub-Saharan Africa’s population is still expected to lack reliable access to electricity by then.

Just a few short years ago, eradicating energy poverty in Africa garnered a bipartisan majority in Congress. In 2016, President Barack Obama signed the Electrify Africa Act into law to promote an “all-of-the-above energy development strategy for sub-Saharan Africa.” Note that the Obama-Biden administration validated this position even after the Paris Climate Agreement was signed in late 2015. Recognizing that each African country has unique energy needs and varying preferences for a mix of renewable and fossil fuels, the law endorsed greater private sector involvement and market-based reforms in local energy industries.

Ignoring the preferences of African partners and limiting support for most traditional energy projects constitutes a climate tax upon American diplomacy in Africa. It funnels American taxpayer funds into projects that offer comparatively less promise for African prosperity, thereby diminishing the goodwill and diplomatic relationship-building that each dollar could otherwise generate. Focusing on what our African partners really want and need would earn a higher diplomatic rate of return on each dollar and, consequently, may facilitate the right-sizing of our foreign assistance budget.

This climate tax also inhibits closer business relations between American companies and their African counterparts. The Trump administration’s vocal support for American energy companies in Africa played a key role in securing billions of dollars of mutually beneficial deals. In the words of then-Commerce Secretary Wilbur Ross, Washington has the power to act “as a facilitator, not just a regulator.” Prematurely withdrawing from fossil fuel projects on the continent cedes these opportunities to Chinese state-owned or affiliated companies, which have left a trail of environmental degradation, labor abuses, and resource exploitation in their wake.

Helping African partners meet their most pressing energy needs could be a starting point for closer collaboration on issues of global interest. While Congress granted $54 billion to support Ukraine, twenty-six African countries refused to condemn Russian aggression at the UN. Lamentably, many of our African friends have similarly been party to the UN’s disproportionate harassment of America’s closest ally in the Middle East, Israel. These votes work against billions of dollars of American security and humanitarian assistance. Recognizing the domestic energy interests in African countries would help us make the case that our interests abroad should be recognized.

For the benefit of the United States and our partners abroad, it is time for the Biden administration to scrap the climate tax on American diplomacy in Africa. Returning to the policy of supporting “all-of-the-above” energy development in Africa would be a boon for our African partners while actively affirming that Africa knows best what it needs. When American companies can help to meet those energy needs through fossil fuels, renewable sources, or otherwise, it should always be the policy of the United States government to support their success.

Oliver McPherson-Smith is a senior fellow at the America First Policy Institute’s Center for Energy & Environment.