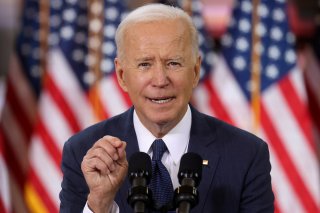 Biden entered office with greater foreign policy credentials than any president since George H. W. Bush. His team may believe they can be proactive in shaping his priorities although already their approach appears scattershot. Certainly, fast-tracking Iran talks is one top priority, and addressing growing Chinese aggression is another. Biden made a change in immigration policy a priority on the first day of his administration. The administration has also promised to be on top of challenges emanating from North Korea, Russia, or Turkey. Former Secretary of State John Kerry’s appointment suggests greater engagement on issues surrounding climate change.

Short of a Chinese invasion of Taiwan or a Russian test of American and NATO resolve in the Baltics, much of existing Biden emphasis comes down to posturing or managing. The true challenge to Biden’s foreign policy legacy may come from a direction his State Department largely ignores: Africa.

Consider Secretary of State Antony Blinken’s casual neglect of the continent. Just a month into the Biden presidency, representatives of the G5 Sahel met in N’Djamena, Chad, to discuss mutual economic and security concerns that impact the five constituent states—Mauritania, Mali, Burkina Faso, Niger, and Chad. The Sahel is increasingly important not only because of trade potential but because of efforts to prevent Al Qaeda and Islamic State affiliates from establishing or maintaining safe-havens. Each state’s leader attended. Russian deputy foreign minister Mikhail Bogdanov spent three days in Burkina Faso prior to the summit. French president Emmanuel Macron spoke by video conference but remained engaged throughout much of the program by videolink. Blinken, in contrast, sent five-minute, pre-recorded remarks. Often, in such circumstances, assistant secretaries fill in but Blinken dispatched no senior official in his place.

Likewise, Niger on Friday will celebrate its first peaceful transfer of power between elected presidents. Despite Biden declaring “diplomacy is back,” the fact that neither Biden nor Blinken dispatched a presidential delegation to celebrate and support the accomplishment (unlike former President Barack Obama who sent a delegation to celebrate President Mahamadou Issoufou’s inauguration five years ago) suggests the opposite. Eric Whitaker, the resident American ambassador, will represent the United States but, as per protocol, will sit with other ambassadors rather than the many presidential delegations making the trip.

Such neglect may come at a huge price. Consider the problems the Biden administration may soon face:

The ramifications of the Ethiopian collapse would be huge. Genocide in Darfur two decades ago led to the dispatch of a UN force, an American special envoy, and ultimately then-dictator Omar Bashir’s indictment at the International Criminal Court; Ethiopia has more than ten times the population of Darfur. And, while the Darfur genocide sent refugees into Chad, an Ethiopian collapse could flood the entire Horn and Red Sea region with migrants, many of whom would make the journey north toward the Mediterranean. Many states have, over the past few decades, failed but none as populous as Ethiopia. That Ethiopia’s ethnic groups span international borders would invariably bring other countries into the dispute. Biden’s dispatch of Senator Chris Coons to meet with Abiy suggests the White House recognizes the ramifications of the Tigray crisis. Whether Biden sustains such diplomacy or has a Plan B should Abiy simply ignore him is unclear.

Under dictator Omar al-Bashir, Sudan oriented itself first toward Iran and then Turkey’s Islamist government. After Bashir’s 2019 ouster, Sudan reoriented itself more toward the West and Egypt. Because GERD lies just a few miles from the Sudanese current frontier, Egypt might instigate Sudanese action on a long-dormant dispute over the border region. In 1902, at a time when the British colonized Sudan, the British and Ethiopian Empires signed a treaty setting the Ethiopian-Sudanese frontier. Charles Gwynn, a British engineer single-handedly demarcated the border without the presence of any Ethiopian counterpart. Even if both sides agreed to accept Gwynn’s work, controversies would remain given Gwynn’s tendency to mark the border to trees and features no longer there. There are two major disputes that the Gwynn demarcation has left. The first involves the Baro salient, but this secession of South Sudan diminishes its relevance. It is over the second latent dispute, the Fashaqa Triangle, that war could erupt.

Both countries claimed Sudanese farmers cultivated Fashaqa farmland until the Ethiopian military pushed them out to enable Ethiopian farmers to take over in the mid-1990s. Former Ethiopian dictator Meles Zenawi dispatched Ethiopian militias to the disputed territory. While Sudan opposed Ethiopian forces on territory it believed the 1902 Treaty and 1972 exchange of letters awarded Sudan, it did nothing to expel them. In 2008, the two sides did reach an understanding in which Ethiopia acknowledged Sudanese sovereignty over Fashaqa while Sudan allowed the Ethiopian farmers to continue working the land. This did not stop the occasional clash. After the 2018 fall of the Tigrayan Peoples Liberation Front from power in Ethiopia, however, Amhara leaders argued that the deal awarding Sudan the region had been negotiated illegally and should not hold. Some have called for a new demarcation. While GERD is south of the Fashaqa, its proximity and strategic value would make it a prize target in any border conflict.