Ebola Virus Is Back and Spreading in Democratic Republic of Congo 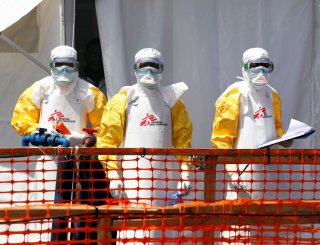 The speed in which the deadly Ebola virus is spreading in the remote, densely forested areas of Equateur Province in the Democratic Republic of Congo (DRC) is alarming, according to the World Health Organization.

WHO Africa and local health officials have reported a hundred cases in a little more than three months, along with forty-three confirmed deaths.

The current outbreak of the disease, DRC’s eleventh since 1976, was declared on June 1, as a cluster of cases was discovered in the provincial capital of Mbandaka, a city with a population of almost half a million people.

The previous outbreak in North Kivu and Ituri provinces, considered the largest in the country’s history, infected 3,481 and killed roughly 2,300.

Because of the wide-ranging spread of the virus—comprising eleven health zones—the WHO noted that there can be difficulty in reaching the affected communities. There is currently a delay of about five days from the onset of Ebola symptoms to when an alert about a suspected case is raised.

“This is concerning because the longer a patient goes without treatment, the lower their chances of survival, and the longer the virus can spread unseen in communities,” Tedros said during a recent media briefing.

“The situation has been further complicated by a strike by health workers, which is affecting activities including vaccination and safe burials. DRC has the best-trained workforce in the world for Ebola. This situation needs to be resolved as quickly as possible.”

The strike reportedly now has ended, but the lack of financial resources continues to be a major hurdle in the fight to combat the disease.

“There continues to be an urgent need for increased human resources and logistics capacity to support an effective response across an ever-expanding geographical area, and to help health officials identify cases earlier,” Tedros said.

“The government of DRC has developed a plan that needs about $40 million U.S. We urge partners to support this plan.”

The WHO is highly concerned that the virus has the potential to spread quickly to other heavily populated areas. By riverboat, Mbandaka is only about 350 miles from Kinshasa, the capital and largest city in the DRC with a population of more than twelve million people. Moreover, the Equateur Province shares a river border with the Republic of the Congo.

In addition to the Ebola virus, the DRC is currently battling large outbreaks of the novel coronavirus, measles, malaria, and monkeypox.