Biden Must Commit to Victory in Ukraine 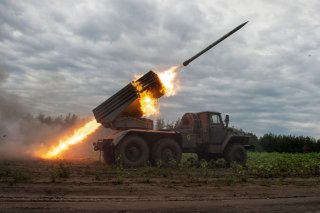 Russia’s invasion of Ukraine on February 24 hit Europe like a thunderclap on a sunny day. In Paris, the head of military intelligence, Gen. Eric Vidaud, was promptly fired for failing to predict the war. Germany’s chief of foreign intelligence, Bruno Kahl, had to be evacuated from Kyiv, where he was preparing for talks as Russian hit squads descended on the Ukrainian capital.

By contrast, the United States not only predicted the invasion but also anticipated significant aspects of its operational design. As General Thierry Burkhard, the French Chief of Defense, told Le Monde shortly after the war began, “The Americans said that the Russians were going to attack, they were right.”

Yet the U.S. intelligence edge has been dimmed by an enduring policy flaw. Both the collapse of deterrence before the war and Russia’s escalatory steps since then are attributable to a mistaken strategic mindset in the Biden administration. This approach, which we hereby dub the strategy of confinement, has run its course. It is time for the Biden administration to adopt a new strategy that makes Ukrainian victory the chief objective.

The Strategy of Confinement

Ukraine’s dramatic breakthrough in Kharkiv cast a spell of inevitability over the war. In the West, the attack marked a decisive moment—the battle in which Ukraine transitioned from defense to counteroffensive. Yet, the rout of Russian troops concerned Ukraine’s Western partners nearly as much as it exhilarated them. To them, Ukraine’s victories raised the specter of catastrophic success: a win so decisive could provoke Russia into crossing the nuclear threshold. In early October, President Joe Biden expressed this view when he likened the situation to the Cuban Missile Crisis and warned of “Armageddon.” Such handwringing is now commonplace in the West.

This is not how the Biden administration originally thought the conflict would go. Well before the first Russian soldiers poured into Ukraine, the United States assumed that a Russian military victory was inevitable. Instead of contesting Russia, it prioritized minimizing U.S. war commitments. In December, amidst Russia’s troop build-up, the president told reporters that deploying U.S. troops to Ukraine was “not on the table” before pivoting to talk of economic sanctions. At the same time, he warned Russian president Vladimir Putin that the United States would defend “every inch” of NATO territory. The message to the Kremlin was clear: Biden intended to confine Putin’s aggression to Ukraine but not stop it. Absent treaty commitments to do so, the United States would not directly intervene against Russia.

The strategy of confinement may have called for sacrificing Ukraine to Russian aggression but it rested on a certain logic: a war-weary American public would not entertain direct U.S. intervention. If presented with the stark choice between war and peace, with little room to maneuver in between, the only sensible option for the president was to stand down. War with Russia, after all, would be anything but a “foreign policy for the middle class.”

But then Ukraine did something that stunned the world: it began winning all on its own. Surprised, the Biden team adjusted its tactics but maintained the same strategic concept. It pledged to support Ukraine (after all, how could it not) but structured its assistance to keep the war confined within Ukraine’s borders. The tell was in the pattern of U.S. military aid. When Ukraine suffered setbacks, the United States rushed new weapons to Kyiv but once the conflict stabilized, Washington slowed or denied Ukraine’s requests for still more systems. This attempt to carefully manage the war, dialing up and turning down assistance as the front-line ebbed and flowed, remains the essence of American strategy to this day. If Russia wasn’t going to steamroll Ukraine, as the Biden team realized, then the American role would be to forge a military balance in Ukraine that would eventually lead to a negotiated settlement.

But the strategy of confinement was never intended to deliver victory for Ukraine. Over the past month, the Biden administration has sought in vain to reassert control over the conflict. To warn its ally against blasting through enemy lines, for example, it leaked a highly damaging assessment to the New York Times that Ukraine had ordered the assassination in Moscow last August that claimed the life of Darya Dugina, the daughter of Russian nationalist Aleksandr Dugin. By painting Ukraine as reckless, the Biden team was announcing to the world that its support had limits. As Ukrainian troops charged across eastern and southern Ukraine, liberating an area larger than Biden’s home state of Delaware, the president was ready to tap the brakes.

The Empire Strikes Back

His Russian counterpart, however, was not playing along. On September 30, Putin chose to escalate the conflict by annexing four Ukrainian regions: Luhansk, Donetsk, Zaporizhzhia, and Kherson. Once incorporated, Putin could no more return the regions to Ukraine than Ukrainian president Volodymyr Zelenskyy could accept their loss to Russia. Just days later, Putin doubled down by appointing Gen. Sergei Surovikin, the head of Russian Aerospace Forces, as overall commander of the war.

To understand what the appointment of Surovikin meant to the West, it is important to understand the role Putin’s new commander played in Syria over the past decade. In 2017, as head of Russia’s air contingent near Latakia, Surovikin oversaw blood-curdling attacks on Syria’s civilian population. He was also likely complicit in the Syrian Arab Army’s chemical weapons attack that year on Khan Sheikun, an operation that it would not have carried out without his consent.

In his first few weeks on the job, Surovikin subjected Ukraine to the same terror he inflicted on Syria. Along the front lines, he has also attempted to plug Russia’s weak zones with call-ups from Russia’s mass mobilization—a decision Putin punctuated with threats of nuclear attack. Just as ominously, Russian defense minister Sergei Shoigu began calling his Western counterparts in recent weeks to warn them of “dirty bombs.”

In the span of less than a month, Putin has mobilized the Russian population, threatened nuclear strikes, annexed Ukrainian territory, ordered Surovikin into command, and instructed his defense minister to suggest the use of weapons of mass destruction. The message he is signaling is simple: there will be no military balance leading to settlement, only victory or defeat.

In retrospect, the strategy of confinement not only failed to prevent but likely even incentivized Putin’s escalation. The West’s failure to deter Russia from invading Ukraine has been compounded by Biden’s unwillingness once the war began to endorse Ukraine’s goal of national liberation. As seen from the Kremlin, the Biden team’s fear of catastrophe suggests it would rather end the war than win it. By raising the stakes, Putin is slashing directly at what he believes is Biden’s Achilles’ heel.

Moreover, in Putin’s calculus, the longer the war drags on, and the deeper the economic recession cuts into the West, the harder it will be for the West to maintain high levels of support for Ukraine. In the pitched battle for Ukraine, a society’s ability to endure the stresses of war is of paramount importance. Putin’s wager is that the West will pressure Ukraine into accepting his terms before he is forced to bend to Ukraine’s.

However, it is not too late for the Biden administration to choose a better way. By making clear that it intends to empower Ukraine to victory rather than manage the conflict, the Biden administration could demonstrate to Putin the futility of escalation. To be sure, Putin would snarl at the West in anger but he could not escape the stark choice between withdrawal and defeat. His forces are simply too weak to face down the West. Many of the same deficiencies that have plagued the Russian Armed Forces since the wars in Chechnya—poor logistics, flawed armor, and bad intelligence—continue to haunt it today.

If the United States aligns its posture with Ukraine’s, the war may still drag on but its outcome would no longer be in doubt. If Biden publicly committed the United States to support Ukraine for as long as it seeks to liberate its own territory, Putin could no longer hope for a Western diplomatic initiative to bail him out. The time is now for the Biden administration to embrace three lines of effort to underscore America’s commitment to Ukrainian victory and alter the conflict’s trajectory.

Second, the Biden administration should pair its provision of defensive weapons with a new attitude toward offensive operations, providing the logistical and material assistance to allow Ukraine to implement the Cold War-era concept of a Follow-on Forces Attack (FOFA). The underlying idea animating FOFA is to attrit an opponent’s forces before they can converge on one’s core defensive lines by conducting deep strikes against enemy formations in the adversary’s rear. This is accomplished by striking assembly areas, transportation links, and high-value targets such as command posts, missile launchers, and logistics hubs.