Biden Must Help Tunisians Save Their Democracy 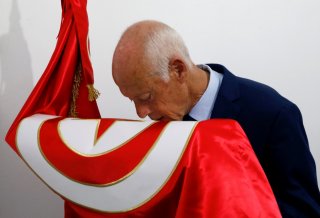 Tunisia, a once stable and relatively prosperous Arab land, is on the edge of the abyss. An aggressive coronavirus variant is ravaging its poorest and oldest, in a country with a low vaccination rate and the highest coronavirus death rate in the Arab world. The political situation has only exacerbated the crisis. In recent years, a succession of weak governments has all failed to fight for effective leadership. The latest government was dismissed by the elected president on Sunday and street demonstrations quickly followed.

Economics is another source of misery for Tunisia. Frustration has spread across the country, where protesters continue to demand jobs and more investment. A suspension of energy and phosphate production hurt the economy and deepened social divisions across the country.

Add to that, fierce political tension between Islamists and secularists, a hybrid system that ultimately produces near-constant tension between the president and prime ministers. This political chaos causes many Tunisians to be skeptical of the idea of democracy itself.

As Patricia Karam noted, “Today, only 40 percent of Tunisians said democracy is the best form of government, while 50 percent said other forms of government could be or are better than democracy.”

Admittedly, it may be hard for the public to disentangle their views on democracy itself from their experience with the decade of the Islamist Ennahda party using democratic means to divide Tunisian society. The party has contributed massively to this institutional blockage. Rached Ghannouchi, the leader of this party, behaves like an autocrat, refusing to give way to new leadership, which has contributed to the standoff in parliament and an impasse between Tunisian president Kais Saied and Prime Minister Hichem Mechichi. The backtracking of individual freedoms and the dictatorial behavior of some members of the Islamist party have caused extreme tension within Tunisian society.

Abir Moussi, a Tunisian opposition leader, was slapped and kicked while filming a parliamentary session on her mobile phone in June. An outspoken leader, Moussi is a passionate activist against political Islam in Tunisia and her small party stands for traditional liberalism. As for the men who slapped and kicked her? They were both members of parliament from an Islamist coalition and received no real punishment.

If Tunisia were to collapse, the impact would be huge and far-ranging. Refugee flows to nearby Italy would climb quickly—bringing the infected and the desperate into NATO. If Tunisia became a failed state, its southern deserts—where the first Star Wars movies were shot—would be ideal staging grounds for terrorists.

The Biden administration is expected to help one of America's great allies by facilitating the $4 billion loan that the International Monetary Fund plans to grant to the country. Obtaining this loan—with all the reforms it would require—is crucial to ensure that the country does not descend into general chaos.

The United States has sent Tunisia some $36 million in coronavirus-related assistance since March 2020, including 500,000 vaccines through the COVAX program and more than one million liters of oxygen for its Ministry of Health. Even so, the Biden administration should continue to explore ways to send additional medical supplies to that beleaguered land.

But political aid may be even more needed. Tunisia’s democracy is fracturing. The Islamists have shown that they had the same appetite for absolute power as deposed dictator Ben Ali.

The Biden administration must help Tunisian officials set up key institutions for democracy, such as the Constitutional Court, which would act as a counterweight to the executive and check against parliamentary majorities who aim to punish political minorities. The court is already part of the nation’s constitution, but its staff have not been selected or trained. Here, a small number of scholars and targeted dollars could make an enormous impact.

Only by strengthening institutions, separating powers, and assuring the independence of the judiciary, can Tunisia save itself from the radicals who mean to destroy democracy itself.

Ahmed Charai is a Moroccan publisher. He is a board director of the Atlantic Council and an International counselor of the Center for Strategic and International Studies and an Advisory Board of The National Interest in Washington.