The Book That Reveals Why America Could Lose World War III 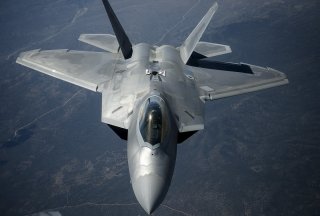 IN A letter to a friend in 1908, Lord Esher, a leading UK Liberal political operator, wrote of Germany, “the danger now is that in Europe we have a competitor the most formidable in numbers, intellect and education with which we have ever been confronted.” One hundred and ten years later, in its National Defense Strategy (NDS), the United States, Britain’s successor as the world’s leading power, voiced almost identical concerns about China. Though the NDS actually spoke of two “peer competitors”—pointing to Vladimir Putin’s Russia as a major near-term threat to American interests, allies, and friends—it was China that it viewed as posing a far more dangerous long-term challenge to American security and leadership.

In his important and highly readable book, The Kill Chain: Defending America in the Future of High-Tech Warfare, Christian Brose both elaborates upon the NDS and adds urgency to the need to act upon its warnings. Brose knows whereof he speaks. As John McCain’s senior policy advisor and staff director of the highly influential Senate Armed Services Committee—the youngest person ever to hold that position—Brose was privy to the most sensitive intelligence reports concerning Chinese and Russian military progress and prowess. He especially closely followed, and attempted to influence—sometimes successfully, at times less so—the Department of Defense’s strategic, operational, and technical response to the challenges these two states pose to American security. More particularly, his experience on Capitol Hill rendered him especially sensitive to China’s remarkable gains, frequently by illicit means, in the realms of cyber, space, networking, and advanced computing in all its forms.

BROSE’S MESSAGE is not solely about the need to recognize the high-technology threats that China and Russia pose to the United States; it is equally about America’s thirty-year complacency and its inability to maintain the overwhelming technological lead it held at the end of the Cold War. That lead enabled it to dominate what Brose calls “the kill chain,” a term that is widely used in the military but, as he rightly notes,

few outside of the military have ever heard of.” Put simply, the kill chain involves “gaining understanding about what is happening [wherever militaries compete or are in conflict] … making a decision about what to do … and … taking action that creates an effect to achieve and objective.

Moreover, he adds, “though that effect may involve killing, more often the result is all kinds of non-violent and non-lethal actions that are essential to prevailing in war or military contests short of war.”

Brose argues that the so-called American “unilateral moment,” during which time, in the rather unkind words of French foreign minister Hubert Vedrine in 1999, America was a “hyperpower,” administrations of both parties did too little to maintain American mastery of the kill chain. In particular, they failed to exploit the stunning advances that the commercial high-tech sector had achieved in what became known as “the information revolution.” Moreover, the federal government seemed almost indifferent to the growing alienation of that explosive sector, which he terms “Silicon Valley,” from the Department of Defense. As a result, China, and to a somewhat lesser extent Russia, have both forged ahead technologically while in relative terms America has stood still. In so doing, both countries threaten to break the American kill chain in order to realize their strategic objectives.

Russia under Vladimir Putin seeks to restore its place as a major power whose global reach can extend beyond eastern and central Europe and the Middle East. China’s objectives are in the first instance, to evict the United States from East Asia, thereby ensuring its dominance over the entire region. Indeed, it seeks to extend its sphere of military influence well beyond the Western Pacific as far as both its land and maritime “silk roads” can reach.

Brose’s concerns regarding the Pentagon’s tardy exploitation of high-tech solutions to future challenges recall for me such behaviors when I was serving in the Pentagon in the early 2000s. In relating Russia’s 2014 assault on Ukraine, Brose writes that “the Ukrainians tried to dig themselves into bunkers and trenches, but the Little Green Men hit them with thermobaric warheads that sucked all of the oxygen out of those closed spaces, turning it into fuel that ignited everything and everyone inside.” As the Department of Defense (DoD) Comptroller, I was privy to every DoD program. I also had the ability, though limited by Congress, to move funds within and between accounts in order to bolster projects that often for bureaucratic reasons were never brought out. One such project was the selfsame hyperbaric weapon that Brose describes. The weapon had been under development in the Defense Advanced Research Projects Agency for several years, but, due to bureaucratic indifference, had yet to see the light of day. In November 2001, when America had launched Operation Enduring Freedom against Al Qaeda and the Taliban-led government of Afghanistan, I was approached by Ron Sega, then assistant secretary of defense for Research and Engineering, who requested funds for a weapon he claimed would flush terrorists out of their Afghan caves. He called it a hyperbaric weapon, and said that if I could fund it, it could be fielded within six months. He requested less than $100 million, which even twenty years ago was a rounding error in the Pentagon budget. Recognizing that the weapon was the victim of Pentagon inertia—against which Brose devotes many pages to voice his frustration, I transferred the funds that Sega needed. By the following spring, the military was employing the weapon with great success.

A similar case crossed my desk at roughly the same time frame, with far less successful results. Pete Aldridge, Sega’s boss as undersecretary for Acquisition, Technology, and Logistics, touted a hypersonic weapon that could fly at least five times the speed of sound. He requested and received funds that would move the program into the later stages of development. Two decades later, the U.S. military still has yet to field a hypersonic weapon of any kind.

On the other hand, as Brose pointedly notes multiple times in his volume, China already can deploy the DF-17 missile that carries the WU-14 hypersonic glide vehicle and has a range that may be as long as 1,550 miles. The DF-17, which was publicly unveiled in October 2019 and is now operational, poses a new and more dangerous threat to the U.S. Navy’s aircraft carriers.

The WU-14 is not the only hypersonic weapon that China threatens to add to its arsenal. For example, China has been testing the Xingkong-2 “waverider” hypersonic cruise missile. Indeed, as Undersecretary of Defense for Research and Engineering Michael Griffin has observed, “in round numbers [China has conducted] 20 times as many hypersonic weapons tests as has the United States over the last decade.”

Moreover, Russia may be further ahead than China in the realm of hypersonics. Russia has deployed the Peresvet laser since December 2019. In the same month it also introduced into service the Avangard hypersonic glide system, which also went into serial production last year. Finally, its Kinzhal hypersonic ballistic missile, which reportedly can reach Mach 10, or 7,672 miles per hour, has undergone successful operational testing.

YET HYPERBARICS and hypersonics represent the least of high-tech challenges that would confront the U.S. military were it to engage in conflict with what the NDS terms “strategic” competitors. Brose’s primary emphasis is on the Pentagon’s inability to capitalize upon the breakthroughs that the commercial sector has accomplished in artificial intelligence, quantum computing, machine learning, space technologies, and the Internet of Things. Employing metaphors that make these technological advances comprehensible to the lay reader, Brose demonstrates that the breakthroughs that have emerged from Silicon Valley and its counterparts elsewhere in the United States will change the very nature of warfare, or, as Brose puts it, “transform the character of military power.”

Space will become a central theater of warfare, as has already been the case with cyber. Large numbers of small satellites will enable constant surveillance of enemy movements. In addition, technological advances will enable information that supports “situational awareness” to be evaluated, coordinated, prioritized, and disseminated to networks of battle systems at hitherto unimagined speeds. Most importantly, not only will machines carry out many of the tasks currently assigned to humans, they will do so far more effectively and efficiently.

Brose demonstrates that these developments are already rendering obsolescent many of what the Pentagon considers to be its most advanced weapons systems. Nevertheless, the DoD has displayed shockingly little interest in capitalizing on the slew of advanced technologies emerging from the commercial sector.

On the other hand, these technologies are central to China’s aggressive intentions in Asia. Beijing seeks not only to deny American and allied military forces the ability to operate freely—termed anti-access/area denial (A2/AD)—in the air and at sea within the first island chain nearest to its coast, employing what it terms “assassin’s mace weapons,” but also to extend its A2/AD capability well into Western Pacific. The key elements of its strategy are not only its land-based missiles and its large and still growing fleet, but also its space-based sensors and the latest advances in information and computer technologies that would network all of its military systems.