Is Boris Johnson Really Ready to Take in Millions of People from Hong Kong? 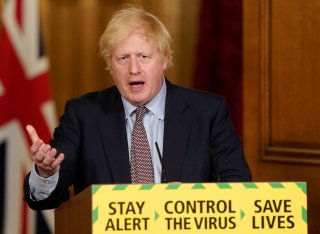 Boris Johnson has made a bold pledge: that if Beijing goes ahead with imposing a controversial new security law in Hong Kong, Britain will open its doors to Hong Kong residents who want to flee Chinese authoritarianism. It was a surprising move, not least of all because the UK government had previously rejected calls to offer refuge to Hong Kongers. What does the promise mean in practice? And what does it mean for the future of Sino-British relations?

Hong Kong was a British colony until 1997. Up until the handover to China, residents of Hong Kong were entitled to British National (Overseas) passports. Holding this document was not the same as enjoying British citizenship, but it did entitle the bearer to special treatment when visiting the UK. Around 350,000 Hong Kongers have kept hold of their BN(O) passport in the 23 years since China assumed sovereign control over their city. A further 2.6 million of them are registered as having BN(O) status, despite having let their passport documents expire.

Under current law, BN(O) passport holders are entitled to visit the UK for six months, but not work or extend their visa. Johnson’s proposal is to change UK immigration law so that any holder of a BN(O) passport would be able to stay in the UK for “extendable” 12 month stints, during which time they would also be allowed to work. The Prime Minister suggests that this “could” give eligible Hong Kongers a “route to citizenship” – presumably because, after extending their stay for five years, such immigrants would become eligible for “indefinite leave to remain” (Britain’s equivalent of permanent residency) and, in turn, UK citizenship.

On its face, this is a bold move. But in classic Johnson fashion, the detail has yet to be revealed. It might yet turn out that the British offer is not quite as generous as some media portrayals have suggested.

First, there is confusion over who exactly will be eligible for the new scheme: the 350,000 existing BN(O) passport holders, or the much larger number of Hong Kongers who are registered as enjoying BN(O) status? Johnson has hinted at the latter, prompting media outlets to go with the splash that “3 million” Hong Kongers might soon be welcomed to London. However, Foreign Secretary Dominic Raab recently told MPs the exact opposite – cautioning that the UK must be “realistic” about the number of migrants it could absorb.

Second, any plan that is based upon the BN(O) classification will, by definition, exclude Hong Kongers born after 1997. This is a significant limitation, because younger Hong Kongers are disproportionately involved in the movement to resist direct rule from Beijing. If the Chinese Communist Party orders an authoritarian crackdown in Hong Kong, it will be these young people who suffer the most – but Britain is not offering refuge to this most vulnerable population.

Third, there are doubts that the Johnson plan – even if implemented to the maximal extent – will have much of a concrete impact in terms of Hong Kongers’ emigration to Britain. How likely is it that large numbers of Hong Kong residents will want to leave their homes and start afresh in a foreign country? It will be a daunting and uncertain journey; having to renew a visa every 12 months is hardly a firm basis upon which to build a new life. Others will choose to move to the UK, but could have done so anyway by virtue of Britain’s existing immigration laws that are open to all nationalities.

Finally, there is a distinct possibility that the illusion of generosity towards Hong Kongers will evaporate as more detail of the plan comes to light. This was a bizarre and unexpected announcement to have made in the first place, not least of all because so many of Johnson’s supporters are opposed to large-scale immigration. Indeed, it was official Conservative Party policy for most of the past decade that annual inward migration should be reduced to the “tens of thousands.” And of course, one of the major impetuses for Brexit – which Johnson championed – was to slash the numbers of migrants entering the UK.

Depending upon how his offer to Hong Kongers is received in domestic politics, there is strong chance that Britain might seek to limit the numbers of people who can practicably benefit from the scheme. Already, London is looking to other countries such as Australia, New Zealand, and Canada for help with accepting those wanting to flee Hong Kong.

Whatever happens in the long-term, what is for sure is that the loudness of Johnson’s offer to Hong Kong was calibrated to make a short-term impact upon decisionmakers in Beijing. It is part of a visibly hardened approach to China that has emerged over recent months, from curtailing the use of Huawei equipment in Britain’s 5G networks to proposing an alliance of democratic partners (a “D10” grouping) to oppose Chinese technical dominance more broadly.

This is a turnaround for the Tories, who were much more eager to forge close ties with Beijing during the premierships of David Cameron (2010-2016) and Theresa May (2016-2019). As recently as three months ago, even Johnson himself supported Huawei’s involvement in building Britain’s 5G infrastructure – so much so tha the was willing to face down a rebellion by “Sinoskeptic” parliamentarians. Angered by Beijing’s response to the coronavirus outbreak, however, the government has undertaken a dramatic volte face.

It remains to be seen whether Johnson will maintain a hard stance toward Beijing in a post-Brexit world. The pull of China’s economic orbit might be hard to resist. When he was Prime Minister, David Cameron once said that he wanted Britain to be China’s “best partner” in the West. For now, it seems, Johnson disagrees with that sentiment. His bold offer to Hong Kong is one way of putting that reversal into practice – the question is, how long before the next one?