Can Biden and Putin Avert War Over Ukraine? 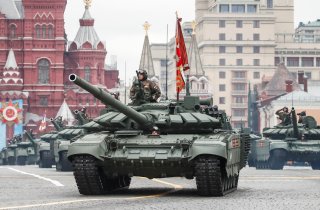 President Joe Biden held a virtual summit meeting that lasted two hours with Russian president Vladimir Putin on Tuesday amid mounting military tensions over Ukraine. Though the Biden administration has been eager to focus on China rather than Russia, Putin is adroitly ensuring that Moscow remains a central player in world politics. The summit itself was a potent sign of the Kremlin’s influence.

“Greetings, Mr. President!” Putin reportedly said at the start of the call. “Good to see you again,” Biden responded. “Unfortunately last time we didn’t get to see one another at the G20. I am hoping next time we meet we do it in person.”

Biden “voiced the deep concerns of the United States and our European Allies about Russia’s escalation of forces surrounding Ukraine and made clear that the U.S. and our Allies would respond with strong economic and other measures in the event of military escalation,” according to a White House readout of the talks. The U.S. president “reiterated his support for Ukraine’s sovereignty and territorial integrity and called for de-escalation and a return to diplomacy,” added the readout. As of the time of writing, the Kremlin has not yet published its official summary of the phone call.

The Biden administration is reportedly not considering direct military intervention in the event of a Ukraine invasion scenario. Biden sought to warn Putin of the dire economic consequences that would befall the Kremlin if Russia decides to invade Ukraine, though the White House readout did not elaborate on any specific punitive measures mentioned by Biden during the phone call. White House officials previously floated a wide range of “high-impact” sanctions meant to impose steep costs on potential Russian aggression in Ukraine, including cutting Russia off from the SWIFT global transaction system, further restrictions on the sale of Russian debt in the secondary market, and targeted sanctions against Russians believed to be in Putin’s inner circle. The administration is apparently also preparing emergency plans for evacuating American citizens in the event of a Russian invasion.

According to statements previously made by Putin's foreign affairs adviser, Yuri Ushakov, the Russian president intended to press his U.S. counterpart on “legal guarantees” against eastward NATO expansion and the deployment of western military infrastructure on Ukrainian territory.

Though the Ukraine crisis was reportedly at the forefront of the phone call, the White House noted that the discussions also included “U.S.-Russia dialogue on Strategic Stability, a separate dialogue on ransomware, as well as joint work on regional issues such as Iran.” These are the issues that Biden would prefer to focus on. But Putin, in massing Russian troops on the border of Ukraine, is forcing the issue of Kiev’s future.