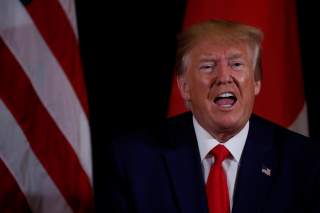 How seriously should we be taking impeachment? President Donald Trump’s allies say he’s not taking it seriously enough.

Since Speaker of the House Nancy Pelosi announced a formal impeachment inquiry on Tuesday over the accused abuse of power stemming from Trump’s July phone call with Ukrainian president Volodymyr Zelensky, the president has declined to hire more lawyers or create a “war room” specially designed to handle impeachment. Instead, Trump continues to rely on Rudy Giuliani, his personal lawyer and former New York City mayor.

“Like every American, I deserve to meet my accuser, especially when this accuser, the so-called “Whistleblower,” represented a perfect conversation with a foreign leader in a totally inaccurate and fraudulent way,” tweeted Trump yesterday. “Then Schiff made up what I actually said by lying to Congress. . . . His lies were made in perhaps the most blatant and sinister manner ever seen in the great Chamber. He wrote down and read terrible things, then said it was from the mouth of the President of the United States.”

“I want Schiff questioned at the highest level for Fraud & Treason,” concluded the president, referring to House Intelligence Committee Chair Adam Schiff’s opening statement during acting DNI Joseph Maguire’s testimony last Thursday. Schiff purposely made inaccurate statements and attributed them to the president, calling later referring to his actions as an obvious “parody.”

The whistleblower, who filed the complaint that got this ball rolling, was reported by the New York Times last week to be a CIA officer who was for a time stationed at the White House. CBS News is now reporting that the whistleblower is under federal protection to preserve his safety.

There has been disagreement over whether the individual should be treated as a whistleblower, since they did not witness or participate in the events they describe.

“If the Democrats are successful in removing the President from office (which they will never be), it will cause a Civil War like fracture in this Nation from which our Country will never heal,” said evangelical Pastor Robert Jeffress, whose message was tweeted out by Trump. This caused #CivilWar2 and #CivilWarSignup to trend on Twitter today.

These predictions of street violence are not new. In the lead up to the 2016 Republican national convention, there were rumors of machinations by party officials to change the rules to prevent Donald Trump from winning the presidential nomination. “I think you’d have riots. I’m representing many, many millions of people,” the candidate said at the time.

“I have visited nations ravaged by civil war,” tweeted Rep. Adam Kinzinger (R-IL), a regular critic of the Trump presidency, specifically his foreign policy. “I have never imagined such a quote to be repeated by a president. This is beyond repugnant.”

The incendiary tweets are not new, but they may be ineffective. While discrediting the special counsel investigation of Robert Mueller, launched under false pretenses and eventually finding no evidence of collusion with the Russian government, may have worked before, impeachment is a tiger of a different stripe.

Having slow-rolled the Mueller investigation over a period of years, House Democrats are not making the same mistake with the impeachment inquiry. Subpoenas have been issued and testimonies already scheduled from relevant officials. This week the House will hear from former Ambassador to Ukraine Marie Yovanovitch, who was recalled from her position in May of this year, and U.S. Special Representative for Ukraine Negotiations Kurt Volker, who resigned from his position on Friday.

It’s likely the House may bring articles of impeachment to the floor before Thanksgiving.

A poll released by Quinnipac today had support for impeaching Trump equally split, 47 percent for and 47 percent against. Republicans and Democrats likewise support and oppose impeachment in near equal unanimity. The poll shows that 42 percent of independents said they supported impeachment, while 50 percent opposed.