Can the West Manage Russia’s Decline? 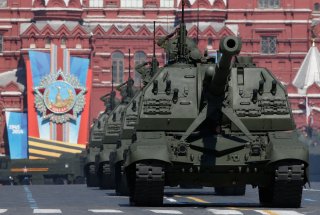 Russia is in strategic trouble. Vladimir Putin’s war of choice in Ukraine has weakened Russia’s global posture and eroded the carefully honed image of great power prowess Putin cultivated for two decades. But Russia’s loss of relative power is not necessarily America’s gain. In the evolving era of multipolar great power competition, American policymakers must manage Moscow’s strategic malpractice in a manner that does not harm U.S. prospects for success in the long-term Sino-American rivalry.

Courageous and competent Ukrainian resistance fortified by external assistance has exposed Putin’s weak strategic hand and eroded Russian relative power standing vis-à-vis great power rivals China and the United States. Washington must continue to help Ukraine prevail against norm-busting Russian aggression and deter the potential for Russian nuclear use. At the same time, American leaders must guard against two other ugly potential outcomes that would damage its strategic interests: a rapid Russian collapse or the migration of critical Russian power factors to China.

A significant feature of the bipolar Cold War rivalry was that any gain in stature or influence for one great power was a relative loss for the other. The game was zero-sum and there were no other great powers to convert an American or Soviet loss of power into a gain of their own.

Cold War zero-sum certainties are not present in modern great power competition. Instead, today’s geostrategic environment harkens back to the competition between multiple great power rivals during the late nineteenth and early twentieth centuries. During that era, seven or eight great powers vigorously competed for relative power and stature against each other. Great Britain was then what the United States is today: the dominant but increasingly challenged premier great power. Great Britain sought to sustain an international framework of economic, diplomatic, and military activities to underpin its century of global dominance against more than one powerful rival.

By 1900, Great Britain had competed vigorously with Imperial Russia in a “Great Game” for power and influence around the globe for almost a century, including bouts of limited direct armed conflict in Eurasia and Central Asia. But when Russia suffered a crushing military defeat in May 1905 at the hands of the Japanese Navy in the Tsushima Straits, British policymakers thought twice about toppling the Romanov government.

London had the chance to go for Russia’s strategic jugular when a popular revolutionary uprising by millions of Russians then embroiled the government of Nicholas II after Japan sent the Russian fleet to the bottom of the northeast Pacific. But by then, Britain’s King George V saw Imperial Germany as the most dangerous threat to his country’s place in the global order. British strategy needed Russia to remain a battered but intact land power rival to the east to check Germany’s growing colonial and naval ambitions. Chaotic instability emanating from a thoroughly defeated Russia would benefit Germany more than Great Britain.

In addition, Great Britain agreed with a wary America that a total Russian collapse could leave a power vacuum across Northeast Asia that Tokyo would rapidly fill. This would facilitate Japan’s great power ascent and threaten Anglo-American strategic interests over the long term. London thus sustained its 1902 military treaty with Japan, supported U.S. president Teddy Roosevelt’s mediation of a Russo-Japanese peace treaty at Portsmouth in late 1905 that avoided total Russian humiliation while somewhat aggravating Japan, and in 1907 joined France in a Triple Entente strategic alignment with Russia and against Imperial Germany. These strategic maneuvers didn’t prevent a great power war in 1914 but they enhanced relative British power enough to force Berlin to recalculate the risks of a future two-front war for another decade.

Managing Decline in a Multipolar Era

In 2022, Putin’s invasion of Ukraine and the obvious waste of Russian military and economic power from that blunder do not necessarily benefit U.S. strategic interests or convey certain advantages to China. Choices made in Washington now will help determine the long-term geostrategic impact. In a multipolar world, Washington must act to limit the prospects of chaotic instability in Russia or a windfall for China.

A precipitous decline in Russian power and cohesion risks instability across Eurasia that would be hard to contain and foist responsibilities for chaos management upon the United States and its Western partners that China would not willingly accept. Instability from a civil war in Russia emanating from Chechnya, Dagestan, or other restive regions could also threaten the proliferation of weapons of mass destruction (WMD) into irresponsible hands that imperil both the United States and China.

The United States and its partners should make it clear that the territorial integrity and basic sovereignty of greater Russia are an international interest. Putin may require exile before Russia and Ukraine can broker a just peace given righteous Ukrainian indignation over Putin’s unjust war and callous targeting of non-combatants. But as efforts by Turkish president Recep Tayyip Erdogan, French president Emmanuel Macron, or others to find a just peace—and perhaps move Putin aside— are pursued in future months, stability across Russia should not be put at risk. The Biden administration must continue to state publicly that it is Putin’s war-making leadership cabal that is the enemy, not the Russian people or the state itself. Any eventual peace deal between Ukraine and Russia must provide for a strong enough Russian state to prevent the emergence of chaotic instability across Eurasia.

An enfeebled Russia increasingly beholden to China is another strategic outcome that would disadvantage the United States in its long-term rivalry with Beijing. Putin and Chinese leader Xi Jinping proclaimed their geopolitical alignment was a “no limits” friendship in February 2022, suggesting that China has the inside track to gain from Russia’s decline. As Putin increasingly turns toward China to stave-off economic collapse, diplomatic isolation, and military implosion, there are many potential pathways for Beijing to exploit Russian resources. Among the most threatening of these pathways is one where China turns much of Russia’s Far East into a vassal region. Since the end of the Cold War, Russia has been fearful of this possibility as China’s demographic and economic advantages continue to encroach on the Sino-Russian border.

Moscow’s instinct to push back against aggressive Chinese encroachment in its Far East will be tested if Putin must give assets of value to China in exchange for sustained support. China might secure direct rights to fossil fuels and rare mineral repositories in the Far East. Beijing might extract concessions for exclusive access to Russian deep-water ports like those in Vladivostok and the control of economic zones there and inland. China could also require Russia to give it more rights and access to the Arctic region—an area where Beijing wants to make inroads against Russia’s exclusive positions. Chinese access to Russian Arctic waterways and shores would give Beijing more opportunities to extract critical fuels and minerals, traverse aerial and maritime routes to North America, and even provide new nodes to expand Chinese ground-based space and missile defense systems.

American policymakers must work now to mitigate these risks to successful long-term competition with China. The Biden administration must think more like London dealing with Russia in 1905 and less like Washington dealing with the Soviet Union in 1979. The United States should commence backchannel diplomacy with potential Putin successors, assuring these political actors that a just peace deal with Ukraine can save Russia the indignity of ceding its Far East to Beijing. Russians must understand that like Great Britain in 1905 with Russia and Japan, Ukraine’s Western partners will insist on maximum advantage for Ukraine in restoring Kyiv’s sovereign territory and autonomous status but will not humiliate or force concessions from a post-Putin Russia.

History does not repeat but it frequently rhymes when a reasoned template is carefully applied. Washington policymakers should soberly consider the relevant continuities and key historical lessons from multi-state great power rivalries prior to World War I. Among these lessons is the one in which Great Britain in 1905 properly calculated its long-term interests against a more dangerous threat from Imperial Germany. Thus, it managed Russia’s decline so that Berlin did not gain a relative strategic advantage. This lesson should encourage Washington today to work with Kyiv and its coalition partners to balance the consequences demanded of Russia for its transgressions in Ukraine with the imperative to limit the risk of chaotic instability across Eurasia and minimize Chinese gains. Success in long-term great power competition with China requires that Washington address the strategic implications of Russian decline with a calculus befitting today’s multipolar environment.