The Case for EU Enlargement in the Western Balkans 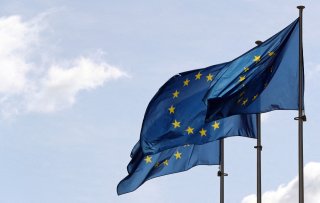 Russia’s brutal invasion of Ukraine, described by German chancellor Olaf Scholz as a “Zeitenwende” or watershed moment, marks a turning point for European foreign and security policies. Similarly, after several years of stalemate, this would be the right moment for a Zeitenwende in the European Union’s (EU) enlargement process.

The EU and the transatlantic community have demonstrated remarkable unity and resolve in condemning Russia’s brutal and unprovoked war against Ukraine. Support for Ukraine has been strong as the United States took the lead in coordinating the transatlantic response, Germany announced plans to reach 2 percent of GDP spending on defense and allocate an additional €100 billion to a special defense fund, and Finland and Sweden have applied for NATO membership.

The European Union has shown incredible unity in implementing harsh sanctions against Russia, agreeing to take important steps to promote energy independence from Russia, providing military assistance to a third country for the first time, opening its doors to Ukrainian refugees, and welcoming Ukraine, Georgia, and Moldova’s EU membership applications.

The European Council will meet from June 23 to 24 to decide whether the three Eastern Partnership countries—Ukraine, Georgia, and Moldova—should be offered candidate status. Albania, North Macedonia, and other Western Balkan countries are also anxiously waiting for important decisions from the summit.

The war in Ukraine should not distract from the Western Balkans. Instead, it should highlight the need to include the region in the EU family. Enlargement fatigue with the Western Balkans should not be used as a reason to block Ukraine, but the war should be seen as a wake-up call and an opportunity to revive enlargement as a political project for promoting peace, stability, and prosperity in Europe.

A Project for Security and Prosperity

The EU was created to integrate Europe in the aftermath of World War II by bringing Western European countries together through closer economic, political, and social ties. Since then, enlargement has been the most successful and forward-looking foreign policy tool of the EU. That was the case in the 1970s, when a wave of democratic consolidation swept across Europe following the toppling of dictatorships in Greece, Portugal, and Spain, while EU institutions transferred large sums of money to poorer areas in Europe to foster development, create jobs, and improve infrastructure. In the 1990s, similar strategies were implemented in Eastern European nations after the fall of the Berlin wall and involved injecting large-scale economic investments, fostering regional collaboration, strengthening the rule of law, and promoting the competitiveness of the European market.

Since 2013, when Croatia joined the EU, the enlargement process has languished over technicalities as public confidence in the Western Balkans shattered, and political will gave way to enlargement and reform fatigue.

Enlargement is Critical For Europe’s Future

Revitalizing the enlargement process is in the interest of the EU and its member states since it would bring positive transformation, reforms, and new energy to the Union. The EU will not be able to stand as a strong geopolitical player in the world if it cannot be a credible player in the Western Balkans. Speeding up the accession process for the Western Balkans should be seen as “a tool to counter malign foreign actors” and draw “lessons from the war in Ukraine, ” according to the president of the European Parliament Roberta Metsola.

Delays in quickly integrating the region into the Euro-Atlantic community, however, would widen the power vacuum and allow malign players to increase their influence while creating disorientation and insecurity in the backyard of the EU. Russia is not a new player in the region, acting as a spoiler that takes advantage of internal socio-economic and ethnic issues while engaging in disinformation campaigns to promote its narratives and economic and diplomatic interests. Any scenario that keeps the region out of the EU would be dangerous for European security and damage the EU's credibility on the world stage.

Given its geostrategic position, the Western Balkans should be viewed as important for the EU and the transatlantic community. The commitment of NATO countries in the region is critical for the security of the transatlantic community, as demonstrated by the Defender Europe 21 military exercises. NATO has been a pillar of stability and transformation in a fragile region. But security goes beyond the military domain and requires strong civil-military cooperation, economic development, and societal resilience. This is where the role of the EU is crucial.

The Western Balkans should be considered part of European solutions for the ongoing energy, trade, and food-supply crisis. The strategic importance of the Adriatic Sea ports is key considering the Russian blockade of Black Sea trade routes, but also for the potential that greater liquified natural gas (LNG) transportation could mean for EU energy diversification. It is critical that the EU invests in strategic infrastructure projects in the Western Balkans to boost interconnectedness while countering coercive Chinese economic influence, and in energy diversification to increase resilience from Russian gas monopolies. This is a unique opportunity for the EU to transform Western Balkan countries into full-fledged EU security participants. Pursuing European energy sovereignty requires regional stability and reliable partnerships based on common democratic values and standards.

The argument of enlargement fatigue has been used as the main justification in the last decade, but the brutal invasion of Ukraine served as a wake-up call for citizens and leaders alike that the aggression of dictators can occur at any time and for any reason. It was a sudden reminder of the value of freedom and democracy, taken for granted as a result of European integration, NATO, and the transatlantic partnership with the United States. Leaders in the EU and Western Balkans alike should use this moment of public and political support to orient the accession process on the fundamentals of security and democratic values.

This is also the right moment for a synchronized transatlantic strategy toward the Western Balkans, as the U.S. administration is rebooting joint efforts to promote Euro-Atlantic integration in the region. A transatlantic joint strategy, with U.S.-German relations as the backbone of the alliance, should focus on key areas such as Euro-Atlantic integration in the region, resolution of bilateral issues, resilience, strategic competitors, economic development, and energy security.

It is important for the EU to strengthen its focus on fundamental issues like the rule of law, democracy, and good governance, and increase accountability on reforms. Every country in the region that aspires to join the EU should make clear choices on upholding European principles and aligning with EU foreign and security policy decisions. The EU should not unconditionally support aspiring countries while using ambiguous terms and symbolic gestures, but it should be a force for measurable transformation that holds members and candidates accountable.

It is imperative that the EU open accession talks with Albania and North Macedonia, offer candidate status to Ukraine and to the “potential candidates” in the Western Balkans (Bosnia-Herzegovina and Kosovo), and speed up the process for the negotiating countries. Negotiations will not be enough if they are not supported by economic development programs and the injection of transformational infrastructure funds to improve the living conditions for people in the Western Balkans and increase resilience and improve connectivity with the EU.

Any alternative to full EU membership, such as proposals for political and economic communities, should be seen as complementary to full EU membership. Any other option would repeat mistakes of the past (such as the enlargement moratorium in 2014), damage the process, dash any expectations of the open-door policy of the EU, and ultimately result in a major win for Vladimir Putin in the competition between democracies and autocracies.

Dr. Valbona Zeneli is a Professor of National Security Studies and the Chair of the Strategic Initiatives Department at the George C. Marshall European Center for Security Studies. She is also a visiting Europe’s Futures Fellow at the Institute for Human Sciences (IWM) Vienna.

Ilva Tare is a Nonresident Fellow at the Atlantic Council’s Europe Center leading the BalkansDebrief Series.

The views expressed are their own and do not necessarily reflect the positions of the U.S. Government, the U.S. Department of Defense, or any of its components.