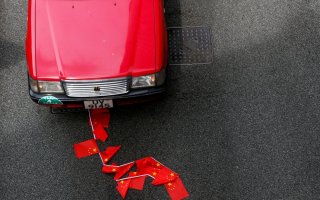 There is great chaos under heaven; the situation is excellent.

Whether the chairman ever stated his oft-quoted “thought” quite this way is uncertain, but he certainly believed in finding political opportunity in turmoil. Authentic or not, his successors in Beijing could well apply it today as they ponder matters in troubled Hong Kong. Till recently, disorder and violence marked this obstreperous special region of China; now a forced calm has been restored and the city is relatively quiet. From the central government’s viewpoint the situation, if not quite excellent, is just fine and getting better—no matter what the rest of the world may say or do.

From 2014 and especially during this year, Hong Kong has been wracked with often violent protests against policies of both the Beijing and Hong Kong governments, as decreed by the mainland’s ruling Communist Party. The protestors had multiple demands but at their core was belief that Beijing had reneged fundamentally on official promises to let Hong Kong govern its own affairs with “a high degree of autonomy,” and with Hong Kong citizens in charge. This system was supposed to endure at least fifty years but now, less than half-way through, the center has dropped all pretense of letting local people make basic decisions and has put its own officials in charge.

Nominally, city affairs remain directed by its own administration headed by Chief Executive Carrie Lam. Since summer, however, her main task has been to obediently follow orders relayed from the top or—these days more accurately—from new offices opened by the central government inside Hong Kong itself. Thus, she helps turn Hong Kong’s previous political system, which had a degree of self-rule, into what Beijing authorities now call “comprehensive governance”—with the party clearly in command.

This is happening because Communist leaders lost faith in the ability of the city’s administration, and its powerful tycoons, to put things right. Hong Kong’s establishment has long cooperated with Beijing for shifting mixes of greed, fear, ambition and nationalism, but the increasingly intolerant leadership of party boss Xi Jinping decided it couldn’t restore calm and punish demonstrators without help. So dissent became an excuse for action, just as elsewhere in China.

When China resumed sovereignty over Hong Kong in 1997, after 150 years of British colonial rule, the basic governing system remained in place as outlined in Chinese legislation called the Basic Law, a de facto constitution. It retained an executive-led government headed by a leader acceptable to Beijing—no longer a British bureaucrat—but also permitted a strengthened legislature with half members chosen by popular vote, half by interest groups, that had some ability to shape or even block executive decisions. In addition, it kept Hong Kong’s much-admired legal system based on British common law which could overrule certain government actions—something impossible on the mainland—and with several foreign judges in senior roles. This separation of powers is familiar to anyone used to democratic systems.

But no more. The crucial separations remain intact mainly in theory and apply mostly to routine matters these days. Any substantive division of true authority is anathema to China’s communist leaders who insist the party must control everything important. Thus mainland officials newly responsible for Hong Kong affairs insist that true separation is over, that all branches of government must defer to the party-controlled executive. As Thomas Kellogg, an authority on Chinese law at Georgetown University has written, “Beijing is moving forward with the creation of a separate legal authority to act in and on Hong Kong, above and beyond its (already significant) powers under the Basic Law itself.”

The main instrument is a sixty-six-clause National Security Law imposed on Hong Kong on June 30 in violation of Basic Law provisions and assorted past promises by Beijing. In extremely vague terms, it outlaws subversion, sedition and other alleged crimes, essentially allowing security officials to arrest almost anyone who says or does something they don’t like as officials define it, without court approval. For example, the new security law makes singing the unofficial anthem of protestors—“Glory to Hong Kong”—a grievous crime subject to jail terms handed down by judges assigned to deal with “security” issues, not in regular court proceedings. Thus when Chinese University of Hong Kong students sang it to protest a recent college decision, school officials promptly called the police.

Some changes are even more Orwellian. Under the security law, Hong Kong established a multi-form tip line so citizens could report anonymously the names of friends, relatives or strangers suspected of violating the stringent new rules. Modeled after a mainland system, police racked up ten thousand such tips during the first week, though some may have been fakes designed to clutter the system.

More fundamentally, Beijing is subverting two basic aspects of Hong Kong civic life that set it apart from the rest of China—its limited degree of self-government based on popular elections and its independent legal system. They haven’t yet turned Hong Kong into “just another Chinese city”, but clearly they are pushing it that way.

One early victim is the Legislative Council also known as Legco. Because half its members were chosen by special interest groups tied to the establishment, it always had a pro-Beijing majority. But until this year popularly-elected pro-democracy members had a blocking third of the votes, giving them some influence over government programs and spending. Now only two remain. Some elected members were ejected earlier by the Carrie Lam administration for refusing to take their oaths of office correctly or other dubious political sins; some were arrested for allegedly illegal roles in protests. Most recently, four pro-democrats were disqualified for involvement in an admittedly discreditable scuffle inside Legco six months ago; fifteen others resigned in protest rather than be powerless bystanders whenever Legco next meets. Beijing already had delayed Legco last September’s scheduled elections until next year—officially due to the coronavirus but really for fear that angry voters send critics into office. Whether the delayed election actually occurs next September, and who will be allowed to run, remains unclear.

According to the Hong Kong Democracy Council, a Washington-based group that supports autonomy, the ruling party “is telling the world that, not only do they control the Chief Executive and her administration, but they are now extending that absolute control over the legislature. There will be zero tolerance for opposition voices.”

The legal system also is being undermined. So-called national security violations—an elastic category—can be tried before judges the government considers politically reliable and not in regular courtrooms. Anyone physically in Hong Kong is subject to arrest under its terms and in some cases can be shipped to the mainland for trial. Suspects can even be arrested for alleged violations committed abroad—such as advocating punitive sanctions against party officials—if they set foot in Hong Kong or on the mainland. Beijing authorities also have the right to overturn regular Hong Kong court decisions they find unacceptable.

Other changes are coming. Because so many protesters were students, Communist officials are introducing “patriotic” education into the school system from top to bottom. The goal is to make young people “love the motherland” and revere the Communist Party, and not take to the streets. Teachers can be fired for discussing Hong Kong separatism, or even for treating past protests too favorably. Two academics from Beijing have been given top posts at the University of Hong Kong, its oldest and most prestigious (perhaps because academic freedom remains a sensitive issue, the website of one was scrubbed of the fact that he’s a longtime party member).

There are also worries about press freedom, which has long set Hong Kong apart from the rest of China. For example, police recently arrested a television journalist for investigating reports that officers had aided thugs who beat protesters in a subway station last July. Authorities have also denied visas to some foreign journalists whose work they deem unacceptable. Owners of some Chinese-language media outlets have reined in their staff, while one Hong Kong journalist who refused—Jimmy Lai, owner of the popular Apple Daily newspaper—was charged with breaking the new security law. The host of an internet radio channel who raised money so some protestors could study in Taiwan, and his wife, were arrested for alleged security violations and money-laundering. The government is “exhausting every possible way” to make work difficult for reporters, complains Chris Yeung, chairman of the Hong Kong Journalists Association.

For Beijing, there have been costs. The United States canceled some trade benefits that let Hong Kong remain free of limits on mainland commerce which China also found useful. The crackdown is fueling a tougher attitude toward Chinese actions in Washington and elsewhere. The foreign ministers of Australia, New Zealand, Canada, the UK and the United States jointly accused China of “a clear breach of its international obligations” under the 1997 handover agreement. The European Union did the same. This may lead to a more unified international effort to restrain some Chinese policies once Joe Biden becomes president.