China’s Export Performance Will No Longer Threaten the U.S. Economy 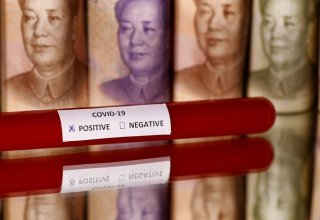 Under the Trump administration, a major shift in U.S. international economic policy has been the characterization of China as a strategic economic threat rather than as a potential long-run economic partner. This has been the primary motivation for the U.S.-China trade war. However, this begs the question as to whether today America has any more reason to fear Chinese economic domination over our economy than it earlier had to fear Soviet or Japanese economic domination.

It would be an understatement to say that America’s earlier fears in the 1960s and 1970s about Soviet or Japanese economic domination proved to be ill-founded. The Soviet Union’s spectacular economic decline in the 1980s paved the way for the break-up of the Soviet Union in the early 1990s. Meanwhile, beginning in the early 1990s, the erstwhile Japanese economic miracle gave way to Japan experiencing two lost economic decades in the aftermath of the bursting of its credit and housing market bubble.

In much the same way as America’s earlier fears about Russian and Japanese economic domination proved to be ill-founded, there is good reason to think that China’s recent rapid economic rise will prove to be another paper tiger. Much as earlier happened with Japan, China’s very rapid economic growth over the past thirty years is all too likely to give way to a prolonged period of virtual economic stagnation. It will do so as its economy struggles with zombie companies and with a banking system clogged with non-performing loans.

Among the main reasons to think that the Chinese economy will prove to have feet of clay is that its recent rapid economic growth has been fueled by a credit bubble of epic proportions. According to the International Monetary Fund, since 2008 Chinese credit growth to its non-public sector has been close to 100 percent of GDP, or a rate that has very few historical precedents. This in turn has given rise to the gross misallocation of capital as underlined by an estimated sixty-five million Chinese unoccupied apartments, a series of ghost towns, and a massive amount of excess industrial capacity.

This year, in the aftermath of the coronavirus pandemic, there has been a marked slowing in Chinese economic growth. In response, the Chinese government has once again resorted to increased credit growth to kick-start the economy. This will now only further inflate the Chinese credit bubble, which will further mortgage the country’s future economic growth potential.

China very much needs rapid long-run economic growth if it is to grow its way out of its credit bubble. However, this could prove to be very difficult given the fact that China’s past one-child policy is now set to reduce the Chinese workforce by around thirty percent over the next thirty years. It could also prove difficult given President Xi Jinping’s current program to increase the size of the public sector in an effort to consolidate political power. That risks killing the very economic reforms instituted by Deng Xiaoping in the 1980s of opening up the Chinese economy to the private sector. Over the past thirty years, Deng's reforms proved to be the cornerstone of China’s spectacular economic growth.

A major pillar of China’s impressive economic rise over the past three decades has been its very strong export performance. In the period immediately ahead, however, there is the very real risk that there will be a progressive move away from globalization, which would constitute a major headwind for the Chinese economy. It is not only that there is growing support on both sides of the U.S. political aisle for a restrictive U.S. trade policy towards China. Rather, it is also that in the wake of the coronavirus pandemic, U.S. firms are likely to want to be less dependent on the global supply chain in general and on the Chinese supply chain in particular.

All of this suggests that, much as occurred with Japan before it, China’s very rapid economic growth of the past three decades will give way to a prolonged period of relative economic stagnation. That would have profound implications for the global economic outlook considering that until recently China has been the world economy’s major engine of economic growth and its primary consumer of international commodities. However, it might also mean that Washington will no longer fear that the U.S. economy will be eclipsed by a resurgent Chinese economy.