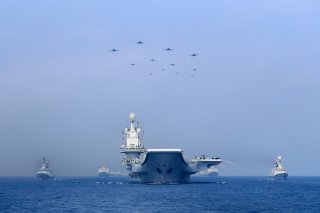 China’s ambitions in the Arctic are well-documented, starting with Beijing’s own 2018 Arctic Strategy, which proclaimed the country a “near-Arctic” power and outlined a “Polar Silk Road.” Since then, though almost two thousand miles from the Arctic Circle, China has been aggressively promoting this agenda in international forums, through investments in actual Arctic states, and by aggressive construction of a fleet of polar icebreakers.

Western governments have taken notice. As former Secretary of State Mike Pompeo noted, “China’s pattern of aggressive behavior elsewhere will inform how it treats the Arctic.” Yet while China’s designs over the Arctic have drawn growing alarm from the international community, its machinations in another global region—Antarctica—remain comparatively little-known. That is a mistake because China’s Antarctic ambitions are every bit as dangerous as its pretensions at the North Pole. Moreover, they are exacerbated by the fact that the United States and its closest allies near Antarctica, New Zealand and Australia, still have little idea what Beijing is doing on the ground.

Under the terms of the 1959 Antarctic Treaty, Antarctica is considered a global commons to be preserved “for peaceful purposes only.” As a result, “any measures of a military nature” are prohibited, and all territorial claims to the continent are put on hold indefinitely. Both the United States and China are signatories to the treaty and its most important addendum, the 1991 Madrid Protocol, which permanently prohibits extractive mining, protects the unique flora and fauna of the continent, and otherwise seeks to preserve Antarctica for scientific research benefiting all countries.

The enforcement mechanism of the Antarctic Treaty and its protocols is an inspection system, whereby signatories undertake periodic visits to the stations maintained by around thirty countries. Not only are these visits notoriously infrequent, however, they are also incomplete, having failed to visit some of China’s five research stations on Antarctica to date.

Kunlun Station, the second southernmost facility on the continent, is situated on Dome A, Antarctica’s highest ice feature. As Anne-Marie Brady notes in her 2017 book China as a Polar Great Power, Beijing has used some of its Antarctic bases for satellite receiving stations and high-powered telescopes, both of which have military applications.

Most alarmingly, the United States has not performed an actual base inspection since 2011. The United States has been hampered by its lack of functioning polar icebreakers, which are a prerequisite for accessing the continent’s harder-to-reach geography. During its tenure, the Trump administration recognized the challenge facing the United States in the polar regions and took the extraordinary step of beginning to lease two foreign-built icebreakers while the Polar Security Cutter program was established to provide the Coast Guard with new icebreakers. But while the Arctic will likely receive much of the resulting attention, the Antarctic is still in dire need of additional resources.

China’s military ambitions on the Southern Continent, meanwhile, are real and growing. China’s construction of a permanent Antarctic airfield in 2018, its growing fleet of icebreakers, and an influx of People’s Liberation Army personnel at Beijing’s research stations are just a sampling of Beijing’s military objectives. At Zhongshan Station, PLA experts helped to construct a radar site that could, according to experts, interfere with U.S. polar satellites. In violation of the Antarctic Treaty, China did not report any of these PLA activities to its fellow treaty signatories.

Alarmingly, China has extended its predatory economic ambitions to the Antarctic as well. A significant number of Chinese experts believe, contrary to international law, that the Madrid Protocol expires in 2048, along with the accompanying ban on mining in the Antarctic. This has prompted Chinese officials to openly speculate about the Southern Continent as a potential source for rare earth elements, oil and gas, and more. Fishing, tightly regulated in the Southern Ocean under the Protocol, and for which China has a well-deserved global reputation for illegal and unsavory behavior, would become a free-for-all. The behavior the world has watched in Africa and Southeast Asia for years may be coming to the South Pole in the years ahead.

The Biden administration has an opportunity to push back against China’s ambitions in the Antarctic and affirm the international institutions that it has promised to revive. Continuing both the leasing program and the construction of new polar icebreakers is a prerequisite to conducting robust inspections. Only by actually holding Beijing accountable for its unauthorized military activity, and potentially discovering additional violations, can the Antarctic Treaty system remain effective.

The administration can also send a strong signal about the international community’s commitment to the preservation of the Antarctic’s ecology by making clear its intention to keep the key provisions of the Madrid Protocol in place after 2048. China cannot be allowed to do to the Antarctic what it has done from the Mekong Delta to Sub-Saharan Africa.

As Secretary of State John Foster Dulles wrote when the Antarctic Treaty was being negotiated, the United States has a vested interest in keeping Antarctica “in friendly hands.” Washington and its allies need to act now to ensure such an outcome.

Alexander B. Gray, a Senior Fellow in National Security Affairs at the American Foreign Policy Council (AFPC), served on the National Security Council staff from 2018-2021, including as Director for Oceania & Indo-Pacific Security.