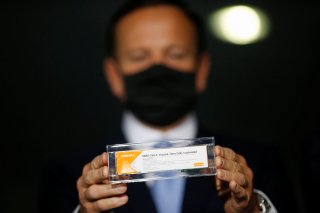 The race for a coronavirus vaccine is on with momentum the world has never seen. Wealthy nations and corporations have invested heavily, and multiple vaccine candidates are now going through clinical trials. It seems that the roll-out of multiple vaccines is inevitable in the near future. However, considering the current trend on vaccine nationalism and assessing how this pandemic has upended various international laws and norms in recent months, the success of the coronavirus vaccine may push countries to take unilateral approaches, causing irreparable damage to current global intellectual property (IP) protection regime. Thus, leaders in the pharmaceutical industry, instead of trying to make a profit from this pandemic, should look beyond this pandemic, and safeguard the current global IP protections regime for their own long-term interest.

In the spring of this year, as the virus was traveling across the globe, many nations were quick to adopt unilateral approaches such as imposing an export ban on various drugs, face masks, and protective gear. Now as some of the vaccine’s candidates have started showing promises, affluent countries are pouring billions of dollars in those vaccine research in return for priority access to successful vaccines. If developed countries continue to take such unilateral approaches with regard to vaccine production and distribution, then developing countries will be compelled to take unilateral approaches in response. These developing nations implement unilateral responses by exercising their rights under Articles 30 and 31 of the 1995 Trade-Related Aspects of Intellectual Property Rights Agreement (TRIPS). TRIPS allows signatories to the agreement to issue compulsory licensing to firms in their country, a practice wherein the government mandates domestic firms to reverse-engineer and then produce a drug or vaccine, in this case in violation of the monopolistic rights of the patent holder. The compulsory nature of this licensing allows governments to assume legal liability of the patent violation instead of their national firms which produced the vaccine. Thus, in response to being shut out or priced out of gaining access to a patented vaccine, developing nations may rapidly issue compulsory licensing to produce generic versions of any effective vaccine. In doing so, developing countries will still be in compliance with the current international legal framework for IP protection as the TRIPS agreement clearly states that each World Trade Organizations (WTO) Member “has the right to grant compulsory licenses and the freedom to determine the grounds upon which such licenses are granted.” Nevertheless, the current global IP framework rests not as much on legal statute but more on international norms and fear of repercussions from powerful governments should developing countries break those norms.

Since governments in high-income countries have a history of allying with Big Pharma in enforcing IP rules globally, it’s likely that pharmaceutical leaders will be tempted to lobby these governments to discourage low-income countries from manufacturing generic versions of successful vaccines. However, pharmaceutical leaders should understand that this approach has failed in the past and will likely fail again. For instance, in the late twentieth century, in the midst of the AIDS pandemic, many antiretroviral drugs that were patented by the U.S.-based pharmaceutical companies showed potential to intervene in the reproduction of HIV.  South Africa, which at the time was an epicenter of AIDS, and which could not obtain these drugs at an affordable cost, decided to issue compulsory licensing to manufacture a cheaper version of these drugs. In retaliation, American pharmaceuticals, in addition to bringing lawsuits against the South African government, convinced the Clinton administration to put South Africa on the Special 301 “watchlist” pushing South Africa closer to the unilateral trade sanctions by the United States. However, this episode ignited outrage in the United States against the Clinton administration and started damaging then Vice President Al Gore’s presidential candidacy. As a result, the Clinton administration decided not to pressure South Africa any further and removed South Africa from the Special 301 watch list. Pharmaceuticals companies were then compelled to unconditionally drop their lawsuits against the South African government. Similarly, during the Fourth Ministerial Conference of the WTO in Doha in 2001, Big Pharma fiercely lobbied powerful governments to restrict the grounds for compulsory licensing under the WTO framework. Many developed countries such as the United States advocated on behalf of their pharmaceutical companies during that negotiation. However, despite such attempts, the Doha Declaration stated clearly that member states have full autonomy to determine the grounds for compulsory licensing.

Currently, many western advanced countries such as Canada and Germany, traditional allies of major pharmaceutical companies, have passed legislation to authorize compulsory licensing while countries like France and the United Kingdom are prepared to invoke existing or pass new legislation as needed to issue compulsory licensing. These actions make it very unlikely that pressure from developed countries will have any impact on developing countries should they also choose to issue compulsory licensing for any successful vaccine. Thus, the world might be heading toward a future where every country will be unilaterally issuing compulsory licensing while those pharmaceutical companies that did vaccine research will be left without any defense. This will not only cause severe damage to the current global IP regime but also will leave a big hole for global IP protection for the post-pandemic world.

Since the current IP protections regime is the lifeblood of the pharmaceutical industry, then it is in that industry’s best interest to safeguard that regime for its own long-term benefits. Pharmaceutical industry leaders should look beyond the pandemic and take a long-term view: steer the world out of the pandemic by promoting multilateralism for widespread manufacture and distribution of vaccines. Those leaders should support proposals such as a recent European Union draft resolution that asks future developers of the coronavirus vaccine to voluntarily give IP to WHO so that WHO can coordinate mass productions of vaccines around the world at affordable prices. Pharmaceutical industry leaders can work with intergovernmental organizations, as they did in 2000 when major pharmaceutical companies worked with the United Nations and World Bank to provide HIV drugs to low-income countries at a significant discount. This will safeguard the current global IP regime and help redeem public trust in the industry; also, this will give industry leaders leeway to limit the duration and scope of generic versions of coronavirus vaccines in the post-pandemic world, allowing for greater profits on the back end.

For the leaders of the pharmaceutical industry, it seems the successful development of a coronavirus vaccine is being treated as “business as usual.” The executives of Pfizer, one of the frontrunners in developing a vaccine, have stated that they would fight for the patent rights for the potential vaccine and would price the vaccine to make a profit. This myopic stance taken by industry leaders is self-defeating in the long run. Jonas Salk said when asked why he did not seek a patent for the polio vaccine, “Can you patent the sun?” A more interesting question is, if you were able to patent the sun, then how would you enforce your patent? This issue is at the core of why Big Pharma must make patents for a successful vaccine available, for at least a limited period of time, if it is to maintain the current global IP protections system that allows its businesses to operate profitably. A rash of compulsory licensing risks exposing the great weakness of the current global IP protections regime, harming the ability of firms to protect all IP in the future. Thus, in order to survive, pharmaceutical companies must follow in the footsteps of Salk, not out of altruism but out of simple self-interest.

Dr. Prakash Chandra Lohani is a former Foreign and Finance Minister of Nepal. Previously he taught finance at California State University, Northridge and is Chairman Emeritus at South Asian Institute of Management.

Sumesh Shiwakoty is a New York-based policy analyst and commentator. His analyses have appeared in publications including The Diplomat, Asia Times and The Times of India. He has previously worked with the World Policy Institute in New York and has received a research grant from the Andrew W. Mellon Foundation.