Could Biden Have Stopped Russia From Invading Ukraine? 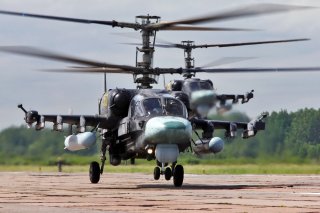 Russian leader Vladimir Putin telegraphed his plan to attack Ukraine long before the first shot was fired. So why was the West’s response so incremental and ineffective? More proactive preventive measures before Russia’s attack might have changed Putin’s calculus. By exercising unilateral constraint and making unforced concessions, the Biden administration invited Russia to test the boundaries of its bellicosity.

Washington’s initial response was shaped by its fear that Putin would use nuclear weapons. Paralyzed by the possibility of nuclear Armageddon, the Biden administration responded carefully with half-measures.

At the outset, Biden pledged that NATO troops would not fight in Ukraine. Taking the NATO option off the table was unnecessary. Ukraine was provided with weapons from former Warsaw Pact countries, rather than state-of-the-art NATO weaponry. It was enough to keep Russian forces at bay, but not enough to defeat them. Biden hoped that sanctions would deter Russia’s aggression. But sanctions were implemented so incrementally that Putin was able to cushion their impact on Russia’s economy; Russian oligarchs had time to transfer their assets to sanctuary countries like Turkey. Nord Stream 2, which transported gas to Germany, operated at full throttle until Russia attacked.

The root of today’s conflict can be traced to the final communique of the 2008 NATO Bucharest Summit, which affirmed that Ukraine would join NATO someday. The possibility set off alarm bells in Moscow. Concerns were exacerbated when U.S.-backed protests in Kyiv’s Maidan Square ousted pro-Russian Premier Viktor Yanukovych.

Russia’s invasion and occupation of Crimea followed in 2014. The West responded with ineffective sanctions. Tolerating Russian aggression had serious, long-term consequences for the Ukrainian people, European security, and the rules-based international order.

Allied leaders met at the Madrid Summit in June 2022 and offered security assistance to Ukraine, including secure communications, fuel, medical supplies, body armor, winter clothing, demining equipment, and measures to counter chemical and biological threats. NATO did not, however, accelerate its Partnership for Peace Program (PfP). NATO could have deepened security cooperation with Ukraine by supplying higher-quality weapons and establishing training facilities for Ukrainian forces in nearby NATO countries.

Washington adopted a policy to only transfer equipment it determined Ukraine actually needed and could maintain. Ten months into the war, the United States finally approved the transfer of M-2 Bradley Fighting Vehicles for use against dug-in Russian positions. Still, the Pentagon refuses to send Abrams tanks. It believes that Soviet T-72 tanks in Ukraine’s possession are adequate.

Ukraine’s foreign minister called for more lethal offensive weapons, affirming that “the time of weapons taboo has passed.” In response, the United States finally changed course and announced this week a $2.85 billion package of military hardware to Ukraine, supplying the sort of powerful offensive weapons that it had previously withheld as Ukraine plans a counteroffensive against Russia in the Spring.

In early 2022, the first tranche of security assistance was entirely defensive. NATO provided anti-tank javelins and anti-aircraft stinger missiles. As Russia intensified its assault, however, the United States scrambled to deliver the satellite-based HIMARS rocket launching system. HIMARS had a great effect on the battlefield but arrived too late to deter Russia’s aggression.

NATO was wary from the outset. It could have deployed forces to frontline states like Romania. As a tripwire against Russian aggression, it would have demonstrated resolve and readiness. A preventive deployment is not unprecedented. The United States sent troops to Macedonia in the 1990s to prevent the Yugoslav war from spreading. It recently stationed 1,200 troops from the Army’s First Infantry Division in Poland and the Baltics.

As Russia intensified its drone and missile strikes, NATO could have announced a no-fly-zone over Mariupol or other beleaguered cities. However, it decided against a no-fly zone, fearing it would bring NATO forces into direct conflict with Russia.

The Pentagon decided that supplying Ukraine with F-16 and F-35 fighter aircraft would be escalatory. It preferred to supply aircraft already familiar to Ukrainian pilots, such as MiG-29 fighters and Su-25 ground attack aircraft. Plans to transfer these weapons systems hit a snag when Poland, which had MiGs immediately available, demanded that NATO replace their Soviet-era aircraft with state-of-the-art NATO warplanes.

NATO could have provided more drones to interdict supply lines and slow Russian troop movements. In addition to Turkey’s Bayraktar TB2 drone, Western nations could have arranged the delivery of Chinese-made drones, which Saudi Arabia, the United Arab Emirates, and Nigeria had acquired in lieu of armed Predator drones.

Regarding cyber warfare, NATO could have acted preemptively in concert with civilian hacking groups to crash the websites of Russian government agencies that produce military components and organizations that are known fronts for Russian cyber efforts.

The displacement of millions to Poland and other front-line states was predictable. Why didn’t the United States pre-position food, medicine, and other humanitarian assets anticipating their arrival? Prepositioning assets would have helped displaced and traumatized Ukrainians. It would also have sent a signal to Moscow that the West was serious about helping victims of its aggression.

War crimes were predictable. Why didn’t the United States and a coalition of the willing set up a war crimes tribunal for Ukraine? The tribunal could have identified Putin and Amy Chief of Staff Gerasimov as targets for investigation and prosecution. The prospect of accountability could have affected Putin’s calculus.

Russia’s attack on Ukraine’s agricultural infrastructure was also foreseeable. To prevent a global food crisis, NATO could have developed a plan and pathway for the export of Ukrainian grain overland and via secure routes in the Black Sea.

The Biden administration deserves huge credit for building a multinational coalition to defend Ukraine. If Putin wanted to weaken NATO, he failed. The Alliance emerged more unified and stronger in response to Russia’s actions.

David L. Phillips is Director of the Program on Peacebuilding and Human Rights at Columbia University.  He served as a Senior Adviser and Foreign Affairs Expert at the State Department during the Clinton, Bush, and Obama administrations.