Could the ISIS-K and Al Qaeda Rivalry Impact China’s Plans for Afghanistan? 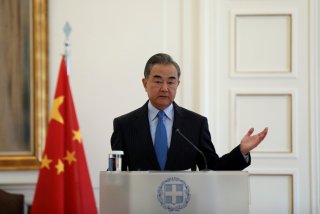 While an unstable Afghanistan fraught by deepening divisions between Al Qaeda and the Islamic State’s “Khorasan Province” (ISIS-K) is likely to complicate the jihadist threat landscape, it should not be assumed that Beijing will fill the vacuum left by the United States by putting boots on the ground. Such an assumption fails to take into consideration the disconnect between Beijing’s security concerns—namely, its resolve to keep anti-Chinese elements in Afghanistan from making inroads into Xinjiang—and its broader geopolitical aspirations. With the ISIS-K and Al Qaeda rivalry intensifying in Afghanistan, Beijing can be expected to recalibrate its security footprint in the country.

Following the recent suicide bombing attack on a Shia Hazara mosque in Kunduz, ISIS-K identified Muhammad al-Uyghuri as the bomber and stated that the attack was carried out against the Taliban government for its deportations of Uyghurs from Afghanistan, which were requested by Beijing.

The attack revealed two reasons for the intensifying strategic and ideological rivalry between ISIS-K and the Taliban. First, the attack revealed ISIS-K’s desire to establish itself in Afghanistan. In late August this year, ISIS-K operatives were responsible for the suicide bombing attack at Kabul international airport that killed thirteen U.S. service members and dozens of Afghans. Given that the Taliban have recently relocated some Uyghurs living in Badakhshan to eastern and central parts of Afghanistan to address Chinese security concerns, Beijing can expect ISIS-K to co-opt ethnic Uyghur militants to drive a wedge between the Taliban and China.

Second, the attack aimed to challenge the Taliban’s primacy in the region. Given the Taliban’s longstanding ties to Al Qaeda, and Beijing’s conditioning of the Taliban’s legitimacy on the success of its crackdown of East Turkestan Islamic Movement (ETIM), Beijing can also expect further attacks by ISIS-K in Afghanistan. These attacks will be particularly aimed at weakening the credibility of the Taliban’s assurances to China about its willingness and ability to cripple militant sanctuaries and to staunch the threat of Uyghur militancy on Afghan soil.

This intensifying rivalry between Al Qaeda and ISIS-K signifies a growing potential for Beijing to displace the United States as the “far enemy” as it becomes increasingly embroiled in the dispute between the two jihadist militant factions. With the withdrawal of U.S. troops from Afghanistan, Washington no longer offers a strategic buffer for China against Al Qaeda and ISIS operatives. Currently, an estimated 1,500 to 2,000 ISIS-K fighters and 400 to 600 Al Qaeda fighters are believed to be currently operating in Afghanistan.

Both Al Qaeda and ISIS have mentioned Beijing in their online narratives. Between 2015 and 2017, ISIS issued threats against China and released an online propaganda video featuring Uyghur fighters. Al Qaeda released threats against China for its treatment of Uyghurs as early as 2009. Al Qaeda’s resilience lies in its ability to draw from and coordinate with allied local groups on both sides of the Afghan-Pakistan border and foster close ties with the Taliban, the Haqqani Network, and other militant groups. ISIS seeks to appeal to Afghan society through a transnational agenda that frames itself as the primary opposition movement against the Taliban. Beijing can also be expected to confront a growing challenge from the Tehreek-e-Taliban Pakistan (TTP). TTP operatives were purportedly involved in the July 2021 suicide bombing attack in Pakistan that killed thirteen people, including nine Chinese workers.

Looking ahead, Beijing can be expected to continue to provide economic reconstruction and investment support for Taliban-ruled Afghanistan to mitigate security risks. At the Doha meeting in October, Chinese foreign minister Wang Yi promised to help the Taliban “rebuild the country” following its dispatch of $31 million humanitarian aid, including food and coronavirus vaccines.

Faced with the threat of potential cross-border spillovers, Beijing can also be expected to further tighten its grip on key border areas. These key areas would include Afghanistan’s lucrative border crossing with Pakistan, a strategic gateway that links Kabul with Peshawar; the China Pakistan Economic Corridor (CPEC), Beijing’s flagship $62 billion project of the Belt and Road Initiative (BRI); and the Wakhan corridor, a narrow strip of land that borders China, Tajikistan, and Pakistan.

It was recently revealed that China would be building a police base in Gorno-Badakhshan province's Ishkashim district in Tajikistan. The area is located close to Pakistan as well as the tri-border area shared between China’s Xinjiang region and Afghanistan’s Wakhan Corridor. Since at least 2016, Chinese troops have been based in Tajikistan at an outpost near the Wakhan Corridor which borders China's Xinjiang region. China has dispatched the People’s Liberation Army to conduct training exercises over the past several years, including through joint border security exercises with Tajikistan focused on terrorism on the Tajik-Afghan border, and purportedly carried out “joint law enforcement” patrols along the China-Afghan border.

Such a move signifies China's increasing willingness to make security commitments outside its borders under the ambit of national security interests. On October 23, 2021, China passed a new law that would strengthen border protections amid a protracted standoff with India, worries about spill-over effects from Taliban-controlled Afghanistan, and the spread of Covid-19 from Southeast Asia.

Surveying the broader context of China’s security posture reveals both continuity and change. However, an intensification of the rivalry between Al Qaeda and ISIS-K could fundamentally alter the militant landscape in Afghanistan. A pragmatic China may then be forced to revisit its playbook in Afghanistan. This would mean a recalibration of its existing Afghan policy which hinges on its adherence to the principle of non-interference in Afghanistan’s future affairs, support for Afghanistan’s peaceful reconstruction, financial aid to Kabul, and direct talks with the Afghan Taliban delegation.

Stefanie Kam Li Yee is a Research Associate at the International Centre for Political Violence and Terrorism Research (ICPVTR) at S Rajaratnam School of International Studies at Nanyang Technological University.