Could the War in Ukraine Last Years? 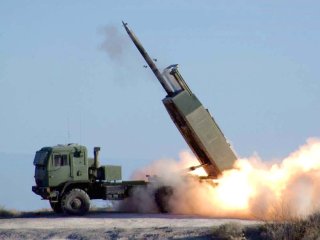 With the Ukraine war entering its fifth month, the fighting has entered into a slow-moving slog. Tragically, there is no end in sight. Ukraine still hopes to recapture the 20 percent of its territory held by Russia, including those parts that Moscow stole in 2014. While understandable, this position is militarily unpromising, and likely a recipe for many months or years of combat. Some Western officials have acknowledged as much, but U.S. policy is still guided by the view that Ukraine under its impressive leader, President Volodymyr Zelenskyy, should be empowered and resourced to fight as long and hard as it wishes. That position may be morally sound, but it is strategically questionable.

Weapons should continue to flow to brave Ukrainian forces, to be sure, and Americans should not seek to impose a peace that Ukraine cannot accept. But the further delivery of advanced artillery systems to Ukraine’s military forces should not be seen as the silver bullet many now hope for. Yes, the so-called HIMARS rockets are very accurate and are already taking out ammunition depots and command centers in Russian-controlled territory. However, Russian forces are learning how to jam Ukrainian communications, shoot down targeting drones, and otherwise impede Ukraine’s ability to conduct battlefield reconnaissance. You can’t hit something you can’t find. Moreover, Russia will likely learn to disperse supply depots and camouflage weaponry better as the weeks and months go by. Yes, HIMARS will help, and more are needed. But the idea that they, and a couple of other new types of technologies, can turn the tide decisively in Ukraine’s favor seems wishful thinking. We need a complementary strategy that recognizes the likelihood of a protracted grind on the battlefield.

While no historical analogy is perfect, the lesson of World War I suggests how this could play out. Because World War I was dominated by the same kinds of weaponry, notably artillery, that feature prominently in the current conflict, the analogy is worth exploring. But in the relevant geography and the scale of military operations, it is probably World War I’s western front rather than its eastern front that can teach us the most here.

So far, the course of the Russo-Ukrainian War has eerie parallels with the great war of a century ago. That earlier conflict began in early August of 1914 with a German decision to roll through neutral Belgium, descend on Paris from northern France in a great sweeping movement that would “keep the right [western] wing strong,” outmaneuver and cut off French forces based further east in France, and seize the capital. Under Germany’s Schlieffen Plan, all of that was to happen within forty-five days so that Germany could then put most of the same forces that had just taken France on trains to the east, and use them to reinforce Austria-Hungary in its fight with Russia (the latter precipitated by the June 28 assassination of the archduke of Austria-Hungary at the hands of Russia-friendly Serb nationalists).

The plan almost worked. But German forces slowed down as they moved south, French and British leaders recovered their verve and repositioned their forces just north of Paris along a key river system—and in early September the ensuing “Miracle on the Marne” stymied the German advance. The parties to the conflict then spent the fall consolidating their positions, digging trench lines, and occasionally conducting various tactical operations including at Ypres, Belgium as they contested specific tracts of land in northern France. By late fall, their respective attempts at progress slowed, bogging down in the mud and coming up against increasingly well-established fortifications of the enemy—in a network of defensive barriers that now stretched almost 500 miles from the North Sea to the Swiss Alps. That was the net state of the conflict roughly four months after it started—analogous to where we are now, in terms of timing, with the Russo-Ukrainian War.

But of course, that is not where World War I ended in its western theater. Hundreds of thousands were already dead by the end of 1914, but ten million would die before the U.S. intervention in the war and other developments finally produced peace four years later.

One might think, looking at today’s slow-moving war centered on eastern Ukraine, that the parties would realize they are butting their heads against the wall. Certainly, one would hope that the war’s perpetrator, Vladimir Putin, would come to that conclusion. Alas, history suggests otherwise.

Even after the terrible year of 1914, even with the demonstrated inaccuracy of earlier predictions that troops would be home “before the leaves fall,” leaders doubled down. They looked for relatively minor ways in which some new tactic, some new variant of a weapon, some sneaky attack where the enemy failed to anticipate aggression and lowered its guard, might turn the tide. The analogy here might be the way in which Ukraine’s current hopes that NATO will send it lots of long-range artillery, or Russia’s hope that a new crop of conscripts will finally give it a big advantage in numbers, seem to motivate Kyiv and Moscow today.

But in 1915 through 1917, all these efforts basically came to naught. Those three years of the war can be compressed into a single word: futility. To be sure, there were considerable attempts at military innovation. But they tended to help the already strong defense even more than the offense. There were continued efforts on all sides to ramp up their commitment to the war even further, for example on the industrial front. But rather than create breakthroughs, this effort only intensified the fighting and multiplied the carnage. As historian Theodore Ropp put it, about this overall period (and then some), “in spite of heroic sacrifices, of new hopes as fantastic as the old ones, the lines did not move more than ten miles for twenty-eight months…”

On the western front, fighting was characterized by occasional yet always unsuccessful efforts by one side or the other to break the stalemate. A few massive and generally long battles made their way into the history books as a result—Ypres (again), Verdun, the Somme. They are all now tragic words in the annals of war.

Tacticians formulated new ideas for fighting, but their results tended to be much more helpful to the defense than the offense. No big breakthroughs would result. Defensive improvements included deeper trenches—with additional, parallel trenches for fallback positions, often on the downslope of any nearby hills so as reduce vulnerability to artillery fire by the attacker. The trenches also included concrete emplacements for machine-gun positions, barbed wire, and buried telephone lines for more reliable communication between established positions. Always just enough innovation to give attackers reason to think their next move might work. But alas, never enough to break the stalemate.

There were attempts to improve offensive weaponry and tactics as well. Attackers hoped that unexpected concentrations of forces in certain sectors, greater amounts of available ordnance, and better coordination of artillery using “rolling barrages” with the movement of foot soldiers would give enough of a boost to the offense to make a difference. Some of these ideas would eventually produce better results by 1918, but generally not at this point in the war. Longer barrages were not particularly effective against dug-in troops, for example. These bombardments also gave warning to the attacked side to bring reinforcements to the area. When the attacker completed its preparatory actions and sent forward its troops, defenders were generally ready to open up on the exposed infantry with machine guns and their own artillery.

By 1918, several innovations made a difference. Germany benefited first. Its forces learned to assault across a broad front that complicated the defender’s ability to use reserves against any localized breakthroughs. They increased the odds of such breakthroughs by instructing small elite infantry formations, including “storm battalions,” armed with light machine guns, to bypass resistance and penetrate more deeply into enemy rear positions. They also precalibrated artillery so that the initial miss distances would be reduced in preparatory barrages, enhancing the effects of surprise from the first shots. They used intense yet relatively short rolling barrages of artillery against the enemy’s front lines and defenses in depth to set up the infantry movements. They made better use of aircraft and other sensors to locate enemy artillery precisely. They trained to make sure they could do all the above in a synchronized and disciplined fashion, yet also left much tactical initiative in the lands of local commanders. But Germany ran out of gas, and political cohesion, to sustain the effort even as increasing numbers of American troops arrived on the scene. Things ultimately went the allies’ way.

Alas, Kyiv and Moscow are both apparently assuming things could ultimately go their way. They may be right—and certainly, we are virtually all rooting that Kyiv is right. But history suggests there is a very good chance both sides will be wrong if they expect some clever change in tactics or Hail Mary help from abroad to send the conflict in a decisive direction anytime soon. Some kind of creative diplomatic thinking will likely be needed too, including flexible concepts of sovereignty in some key regions, or the possibility of referendums someday to decide on future ownership. Without such future recourses, I fear this war could go on for years.