The Democrats Are Divided on Foreign Policy: Why Isn’t Trump Exploiting That Fact? 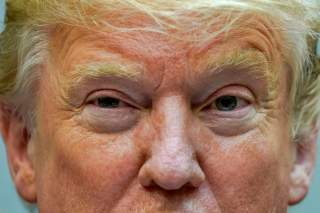 As if Nancy Pelosi, Speaker of the House, wasn’t skilled enough at keeping her caucus together, President Donald Trump’s insistence on shutting down the government over his proposed “border wall” has made it even easier for her to resist dealing with the White House without incurring political costs. Neither the new Democratic majority in the House of Representatives nor their supporters in the country seem to be in any mood to make concessions to the president over his signature domestic policy. Indeed, if this first month of the 116th Congress is anything to go by, the next two years are unlikely to yield much in the way of domestic triumphs for the Trump administration.

But the Democratic Party is far less cohesive on foreign affairs than it is in opposition to Trump’s domestic agenda. And so if the president wants to reach across the aisle and achieve some bipartisan successes ahead of his 2020 reelection bid—admittedly a big “if” given that Trump seems to relish political street fighting—then it is perhaps to foreign policy that he should look. Even if he fails to enjoin the House leadership to engage in bipartisan negotiations, he could still succeed at exploiting divisions within the opposition’s ranks during what is sure to be a fraught primary season for them. That Trump has not attempted much in the way of such maneuvering ought to be considered another indictment of his true abilities as a dealmaker.

Now is a particularly auspicious time for a Republican White House to probe the Democrats for weaknesses in their international agenda. Until recently, it was relatively clear what leading Democrats stood for in terms of foreign policy: liberal internationalism. As president, both Bill Clinton and Barack Obama embraced a grand strategy centered on multilateralism, economic openness, selective humanitarian interventions, and “missile diplomacy” over expansive “boots on the ground” military actions. If she had won in 2016, it seems likely that Hillary Clinton would have continued to don the liberal internationalist mantle.

To be sure, there have always been Democrats to chafe at some of the core tenets of liberal internationalism, especially free trade. In the 1990s, Clinton was forced to rely on GOP support for approval of NAFTA and permanent normal trading relations with China—his two signature achievements in foreign economic policy. President Obama similarly relied upon the Republicans to enact the U.S.-South Korea free trade agreement and failed to garner significant Democratic support for his most ambitious foreign economic policies, such as the Trans-Pacific Partnership and Transatlantic Trade and Investment Partnership.

For over twenty-five years, however, opponents of liberal internationalism had limited influence within the Democratic Party—especially when there was a Democrat in the White House. Now, such voices are asserting themselves with much greater authority. From “big beasts” in the Senate such as Bernie Sanders and Elizabeth Warren to less influential yet high-profile representatives such as Alexandria Ocasio-Cortez and Tulsi Gabbard, increasing numbers of Democratic lawmakers—and the grassroots activists who sustain them—seem to be embracing positions that would fundamentally restructure America’s relationship with the outside world, from trade and investment to war and peace. These fissures in the Democratic party between traditional liberal internationalists and their detractors present the administration with some potentially fruitful opportunities to build bipartisan bridges and score political victories.

Even Speaker of the House, Nancy Pelosi, might not be beyond reach. While Pelosi has been vocal in her opposition to Trump’s domestic policy, she shares with Trump a certain animus toward the Chinese government, for example. In the 1990s, Pelosi was one of the leading voices—albeit ultimately swatted away by President Clinton—calling for sanctions against China for its abuses of human rights. Pelosi maintained her criticisms of China in the years that followed, including under the Obama administration, but she and her colleagues have mostly been thwarted by successive administrations that have prized economic cooperation with Beijing over human-rights concerns.

Why not work with Pelosi and other Democrats to punish China for its grotesque detention of up to one million Uighurs? Such a move would allow Trump to ratchet up the pressure on China—even if only as a cynical move in service of his trade agenda—while showing Democrats that he can take their concerns seriously. In the Senate, Republicans like Marco Rubio and Ted Cruz have been brandishing their own anti-China credentials for some time and could probably be relied upon to cooperate with a sanctions package. As Richard Fontaine recently wrote, the bipartisan consensus in favor of competing with China has the potential to unite America’s fractured political class. But so far, Trump has been poor at exploiting this opportunity.

It is even possible that Democrats could be brought on board with some aspects of Trump’s trade agenda. While the Democratic leadership has been right to criticize the poor handling of the ongoing “trade war” with China, sizable numbers of Democratic legislators fully support reforms to the global economic system in general and to America’s bilateral relationship with China in particular. Again, however, the White House has been slow to propose bipartisan initiatives that might peel off Democrats eager to tout their “pro-jobs” or “fair trade” credentials.

Congressional Democrats are also divided on security issues. Some Democratic leaders have voiced skepticism over Trump’s decision to pull U.S. troops out of Syria, for example, with Pelosi calling it “premature,” but other leading figures such as Elizabeth Warren and Kirsten Gillibrand have been much more supportive. If Trump was a savvier political operator, he might try harder to urge Democrats to back his plans to downsize America’s military footprint in the Middle East. At the very least, he would succeed at shining a spotlight on their internal divisions.

Indeed, there were once signs that the anti-war wing of the Democratic Party might lend Trump a significant amount of political support. In November 2016, Congresswoman Tusli Gabbard met with the then president-elect to discuss Syria, terrorism, and other foreign policy issues. Gabbard, of course, is now a contender for the Democratic nomination for president in 2020. While she is unlikely to last long in the primary contest, her candidacy will do much to expose the divisions that exist within her party when it comes to military interventionism. One consequence might be the revelation that, in fact, some leading Democrats agree with Trump’s desire to shrink the U.S. military presence in Syria, Afghanistan, and Iraq. The president should seize on this.

North Korea is another foreign-policy area where Democrats have, not unreasonably, harangued the president for alleged impulsiveness, but could probably be pressed into supporting a diplomatic effort to reduce tensions on the Korean Peninsula. It is desperately unlikely that Trump’s summitry with Kim Jong-un will secure anything close to Pyongyang’s nuclear disarmament, of course, but even a more modest harvest such as limits to the North Korean nuclear arsenal might attract support from some Democrats. The obvious difficulty for Trump is that his torching of the Iran nuclear deal still rankles most Democrats. But even in the face of naked hypocrisy from the White House, there would still be some Democrats willing to support a diplomatic effort to put U.S.-North Korean relations on a safer footing.

Instead of pursuing calculated policy moves that would exploit such divisions within the Democratic Party and might stand a chance of winning some bipartisan backing, however, Trump seems to insist on hewing to divisive policies—both at home and abroad—that spur his political opponents to rally against him. In the domestic sphere, this is most evident in the border wall. In international politics, it’s evident in the president’s careless denigration of core U.S. alliances and his administration’s apparent determination to ease sanctions on Russia, something that has frustrated both Democrats and Republicans.

The point is that, from trade and security to human rights and multilateralism, the Democratic Party today is undergoing a transformation. There is no obvious Democratic standard bearer for the liberal internationalism that characterized both the Clinton and the Obama presidencies, but neither is there a clear consensus over what sort of foreign policy the party should embrace instead. If he was a serious deal-maker and political strategist, Trump would exploit these divisions by forcing the Democrats to take stances on issues that divide them. He has not.

Perhaps this is because Trump lacks political skill. Perhaps it is because the president puts stock in the politics of division, rancor, and perpetual battling over the politics of compromise and hard bargaining. Either way, it is difficult to imagine that the administration can continue to miss opportunity after opportunity when it comes to crafting foreign policy. Once Trump realizes that he stands little chance of success on the domestic front, then the time will surely come when he pivots to focus on international affairs. When he does, the Democratic majority in the House might find it difficult to stay as united as they are today.