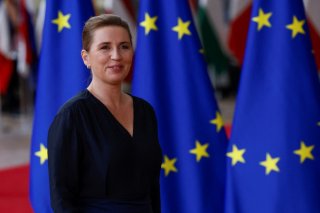 Today in the West, no issue matters more than immigration policy, especially at a time when much of the world, from Mexicans to Nigerians to Pakistanis, wants to move to North America and Western Europe.

Controlling immigration has proven difficult because the political establishments in destination countries tend to view mass, unfettered, and unvetted immigration as a benign phenomenon. Two examples capture this outlook. In 2014, Sweden’s establishment parties, making up 86 percent of the parliament, joined forces to marginalize the civilizationist party (that is, the party focused on controlling immigration and demanding the integration of immigrants) with 14 percent. Angela Merkel, the establishment German chancellor, waved in over 1 million unvetted migrants, leading to a pan-European crisis in 2015-16.

Few parties are as arch-establishment as Denmark’s Social Democrats (SD). Founded in 1871, it had the largest representation in parliament for seventy-seven straight years. Its accomplishments include creating the welfare state, building modern Denmark, and shaping the Danish character. “Deep down, we’re all Social Democrats,” one person who dislikes the party acknowledged to me.

Despite this pedigree, as well as its own history of advocating open borders, since 2019 the SD has imposed a remarkably restrictive immigration policy. In so doing, it has made Denmark the West’s undisputed leader in the race to save traditional culture. As few outside Denmark have noticed this remarkable shift, I went to Copenhagen in advance of the national elections on November 1 to examine what caused this shift, how much of a difference it makes, and if Denmark can offer lessons for other countries.

Denmark’s unusual path to immigration restrictionism started in 2001, when the SD’s seventy-seven-year streak came to an end and it lost power due to widespread stress over uncontrolled immigration, especially coming from the Middle East. Then, in 2006, a depiction of the Prophet Muhammad in a Danish newspaper cartoon spurred international protests in the Muslim world. The controversy was Denmark’s largest foreign relations controversy in decades. In 2015, the SD fared badly again, also due largely to concerns about immigration from the Middle East.

In response, the party chose a thirty-seven-year-old woman, Mette Frederiksen, as its leader. She quickly overhauled the SD’s lax immigration policy, calling for a cap on “non-Western immigrants,” for illegal migrants to be expelled to North Africa, and for immigrants to have to be employed for a full work-week of thirty-seven hours. Her party supported a law allowing jewelry to be stripped from migrants as well as a ban on burqas and niqabs, the all-encompassing Islamic outfits.

This jaw-droppingly tough approach by a social democratic party paid off handsomely. The SD and its allies prevailed in the 2019 elections and Frederiksen went on to become prime minister. In contrast, the anti-immigration Danish People’s Party (DPP) did terribly, falling from thirty-seven seats in 2015 to sixteen seats in 2019.

Frederiksen spoke of “sticking to our Danish values” and took steps to control immigration. Denmark accepted 21,316 asylum seekers in 2015; that number dropped to 1,515 in 2020. She announced the goal of zero asylum seekers in 2021, though the actual number increased to 2,099, presumably due to the decrease of pandemic restrictions. Likewise, the number of asylum requests granted went from 19,849 in 2015 to 601 in 2020 before rising to 1,362 in 2021. In comparative terms, these numbers are trivial compared to many other Western European countries. Neighboring Sweden, for example, granted 17,215 asylum claims in 2020, or roughly fifteen times more than Denmark on a per-capita basis.

Even before Frederiksen took office, Danish authorities had sent out a flamboyantly unfriendly message to would-be immigrants. In 2015, Denmark made international headlines when the government placed advertisements in four Lebanese newspapers announcing that regulations concerning refugees had been tightened. The SD then engaged in a number of high-profile steps to encourage repatriation and even performed forced deportations. For example, those the government delicately calls “spontaneous asylum-seekers” (i.e., illegal migrants) who refuse repatriation may find themselves in one of the country’s three “return centers.” Inger Støjberg, the integration minister in 2018, growled that conditions at those centers must be “as intolerable as possible.”

The numbers involved were small and hardly dented the problem, the legal wrangling long and expensive, but these deportations—plus the ads, the jewelry law, and other steps—reinforced the Danish snarl to illegal migrants: “Don’t come to Denmark. We’re nasty. Go to Germany or Sweden instead.” As a result, more refugees left Denmark in 2020 than arrived.

At the same time, the SD barely broached the far more challenging problem of dealing with the profound issues related to integrating immigrants who come from alien cultures, far less modern circumstances, and bear an Islamist outlook. Social pathologies, unemployment, cultural clashes, and “parallel societies” are an issue for future governments to contend with.

Did Denmark’s Social Democratic party merely pander or is it sincere? To assess, it helps to take a step back and consider how divergently establishment and civilizationist parties view immigration.

Establishment parties welcome large-scale immigration because they tend to care little for their own culture, which they often associate with fascism, imperialism, and racism. They feel a sense of guilt toward non-Western peoples, whom they see as exploited by the West and made poorer and more repressed due to Western greed. A visitor to Denmark’s National Museum will learn that Danish ships transported about 110,000 slaves from Africa to the Western Hemisphere. Thus, the establishment welcomes diversity and cultural transformation. It points to immigrants as sympathetic refugees and aspiring young scholars, successful entrepreneurs, and proud members of the armed forces.

By contrast, attached to their own language, customs, religion, and to the cultural familiarity of those around them, civilizationists wish to preserve their traditional way of life. Symbolic of this is they cherish how pedestrians in Denmark wait dutifully for the light to turn green, even when no car is remotely in sight, or how public transportation relies on the honor system. When large numbers of people speak other languages, pursue other customs, follow other religions, and act differently from themselves (I compulsively jay-walk), civilizationists become offended, even scared. They point to the myriad problems with Middle Eastern immigration, such as polygyny, female genital mutilation, honor killings, criminality, rape gangs, violence, new diseases, resisting assimilation, and unemployment.

Two forces, however, disrupt establishment cohesion on immigration. One concerns indigenous workers who lose out when waves of low-cost immigrant rivals compete with them, harming their welfare. This makes far-left figures like U.S. senator Bernie Sanders (D-VT), British MP Jeremy Corbyn, and French presidential contender Jean-Luc Mélenchon cautious about waves of migrants. Interestingly, Frederiksen also articulated this position: “The price of unregulated globalization, mass immigration and the free movement of labor is paid for by the lower classes.”

The other disruptive force concerns the voters. If open borders lose votes, then the establishment must rethink its approach, which is what happened in Denmark between 2001 and 2015. Together, these two forces suggest to me that the SD is sincere, though that will be tested should the party lose the forthcoming elections.

The Current Debate Is (Largely) Unconstructive

A sterile good-bad dispute over uncontrolled immigration wracks every other Western country. Denmark alone hosts a constructive debate over tactics: How far to clamp down? As a member of the European Union (EU) and a signatory to many United Nations (UN) conventions regarding asylum, family reunification, human rights, refugees, and statelessness, about 80 percent of relevant Danish laws derive from these two institutions. The issue, therefore, has less to do with abstract preferences and more with a willingness to defy these higher authorities.

The SD maintains that Denmark, a law-abiding global citizen with a population of just 5.8 million, must work strictly within existing confines. “We’re a small country, we can’t do whatever we want,” Kaare Dybvad, SD’s impressive minister of immigration and integration, told me.

In response, Morten Messerschmidt, the equally impressive DPP leader, retorted that the SD’s foundational principles require it meekly to follow EU and UN diktats. Instead, he wants to push the envelope, ignoring certain EU laws and leaving UN conventions. Not to do so, Messerschmidt believes, means electorally-appealing tough rhetoric without real effect.

That’s the essence of the argument in Denmark, a sensible one, with a plausible case for each side. The voters will decide how aggressive they wish to be.

I asked my Danish interlocutors why their country broke the mold on immigration policy, ahead of every other Western country in developing a sensible consensus between the establishment and civilizationists. I received an interesting array of answers.

-Kaare Dybvad: the country’s too-open immigration policy in the past requires a retreat and balance.

-Mikkel Andersson, author of a book on immigration to Denmark: the Danes’ fractious nature.

The most persuasive explanation came from both Peder Jensen, a Norwegian writer, and Bent Blüdnikow, a journalist and historian. With Pia Kjærsgaard, the DPP’s co-founder, Denmark had a charismatic politician at the right time with the right message. She built the DPP into a non-scary, non-extremist force that, starting in 2001, won substantial backing and forced the SD to seriously respond to her critique.