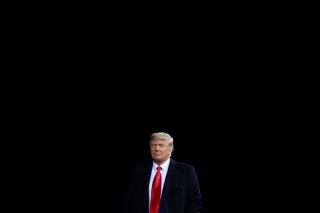 The 2020s look predestined to determine the main parameters of the global power game: Economics, digitalization and political systems. The struggle between democracy/market economy versus authoritarianism/central planning ended in 1990. Since then, the world has lingered on without knowing what would follow, more or less acquiescing in a gradual erosion of American power, while still expecting the United States to act globally and be the guardian of the global system. No one was strong enough to genuinely threaten the United States. There was no alternative. The autopilot was switched on. Donald Trump started in earnest to realign U.S. global commitments to power and interests. The result was a strategic withdrawal behind a veil of bombastic speech. Trump gone; the game is taken out into the open. The world holds its breath to wait and see what happens in the next five to ten years.

In the immediate aftermath of the coronavirus, the country will see an economic upturn as pent-up demand boost the economy, but it won’t last. The big imbalances will lead to an economy out of sync. Some economists talk of a repetition of the roaring twenties seen one hundred years ago. Chances are that the 2020s will be remembered for flying blind, and policymakers fumbling not knowing what to do.

An unholy alliance of governments and central banks print money ad libitum. Liquidity is so lavish, that banks in some countries charge customers for deposits. This endangers money as a store of value.

Monetary history over 2000 years proves that people are not conned. They look at cash versus assets to figure out how best to preserve the purchasing power of their wealth. In unstable conditions, as we have now, they reckon that cash as a store of value will lose out in the long- or medium-term to gold, bitcoin, property or shares.

Will the asset boom last? Almost certainly not, even if the skyrocketing asset prices convey the opposite impression. In 1989, when the Tokyo stock market was close to 30.000, observers spoke of the index going to 100.000. It fell to 10.000 in 2003 and is today at around 26.000. Eight days before Wall Street crashed on Oct. 24, 1929, Irving Fisher, one of the top economists of his time, predicted that “stocks . . . reached what looks like a permanently high plateau.”

Monetary policies have debased cash, making it virtually free to borrow. The corporate sector and households do so, but neither of them wants to use the “free” money for consumption and/or investment. Consumers save. Corporations do not invest. They distrust governments and central banks, so they do not want to hold cash; they use the loans to go into tangible assets judged not to be a victim of decisions by policymakers.

When asset prices stop rising, which eventually they will as “free” money dries up, some borrowers cannot repay the loans. Central banks are caught between the devil and the deep sea. Hike interest rates, even if done prudently, and a crisis will erupt. Maintain an expansive monetary policy and the crisis can be postponed, but such a policy is a boomerang, deepening the crisis when it comes.

The picture becomes more somber because of the hangover from the Global Financial Crisis (GFC) in 2008–09.

Global debt as a percentage of Global Gross Domestic Product (GDP) rose from 280 to 300 during the GFC, but instead of deleveraging, debt was allowed to rise and reached 320 percent before the coronavirus struck. The figure is estimated to be close to 365 percent of GDP at the end of 2020.

In the United States, Trump rescinded many regulations (in particular the Dodd-Frank Act, 2010) introduced by Obama to prevent the financial sector from repeating the folly prior to the GFC. Unleashed, many financial institutions are doing just that, even if their debt in nominal terms has only risen slightly.

In some previous crises there has been room for maneuver as not all four sectors of the economy—government, corporations, financial and the public—have been in the doldrums. Now all four are heavily indebted. Over the last twenty years, the financial sector in America has crowded out corporations producing for consumption and investment by making money for itself—for some time accounting for more than one-third of U.S. total corporate profit. A large share of economic activity is not anchored in production. This augurs that the forthcoming financial crisis will turn into an economic downturn.

Regionalization, U.S. Versus CHina and Digitalization 2.0.

The United States is on a downward slope. It can no longer sustain genuinely global-power projection. China is on an upward slope. Its weaknesses mean, however, that it will never be strong enough to act as a global power. For a start, it cannot feed itself, it imports almost all its energy, has few resources, suffers from social imbalances and its service sector is weak. The lines depicting U.S. decline and China’s rise will not cross each other to unmask a new global power.

Instead, economic globalization will give way to regionalization. In the years to come, the United States and China will act as regional or maybe network superpowers, exercising power over a number of countries drawn into its sphere of interest. The regions/networks will be a kind of “cheesebell” with the regional superpower and its client states living in a mutually beneficial symbiosis. It will play out along four axes.

The first and probably the most decisive one is the shift to digitalization 2.0. The Americans mastered digitalization 1.0 and imposed on the rest of the world norms, standards and rules for use and security of communication, information and digital instruments in economic and daily life.

5G and accompanying services and technology require a whole new set of norms, standards, rules and regulations. It is by no means certain, actually, it is unlikely that the United States will manage to take on a similar role for digitalization 2.0. The foremost challenger is China.

The problem for the United States is the strategic focus on production and the Western world, which set the crucial parameters for digitalization 1.0. But in the future access to the largest markets will take over as a prime factor. Those who get the largest market will get the highest turnover and therefore also the largest amount of money to plow back into research and development. While the United States focuses on the Western world, China looks to Emerging Markets and Developing Economies (EMDE) in Asia, the Middle East, Africa and Latin America. This offers China enormous power and opens the door for superiority, maybe supremacy.

The second parameter will be monetary transactions. It is linked to digitalization because in the future the overwhelming part of financial transactions will take place via digital platforms. The Chinese are ahead in creating an official digital currency going further than bitcoin or similar digital money, which are “anonymous.” If successful, such a digital Yuan will be offered to nations in the region, which will have little choice, but to accept it, as they already will be inside the Chinese shaped technological sphere and even more so economic space.

The third vector will be energy. All the large countries in East Asia and South Asia are net importers of energy and some of them heavily dependent on energy imports. China is operating abroad, not only to link up with energy-exporting countries outside the region but also to share a kind of power grid linking adjacent countries together.

In 2019, U.S. exports of energy exceeded imports for the first time in sixty-seven years. Consequently, it lost common interest and a strong tie knitting Japan, Korea and European together in an alliance to secure a stable supply of fossil fuels mainly, but not exclusively from the Gulf. While China is building alliances around the supply of fossil fuel and a power grid, the United States, at least under Trump, broke up alliances around energy supply. The spat with Germany about Nord Stream 2 built to export gas from Russia to Germany illustrates this.

The fourth sector is to keep transport and logistics open. China’s predicament is to be both maritime and continental. In a crisis, the U.S. Navy can cut it off from access via the sea to the outside world. The Belt and Road Initiative (BRI), a massive corridor for trade with the outside world, is built to reduce the impact of such a blockade.

Populism is on the rise in many if not most democracies, questioning their ability to govern. Until a few years ago, democracies faced weaknesses and deficiencies but overall was still in fairly good shape. Recent events discloses that it is a beleaguered political system. Its future may be decided in the first half of this decade.

Germany, hitherto regarded as a stalwart, probably having outshined other democracies in upholding main principles of fundamental freedom, has a visible share of the electorate flirting with populism. There are signs of neo-nazism albeit still very weak. These political forces will not get close to power, but if they garner a surprising rise in the share of votes cast at the parliamentary election 26. September 2021, fright will strike roots.