Does America Still Need to Worry So Much About Europe? 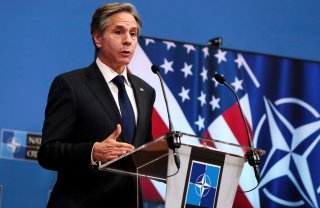 During his March 2021 visit to Europe—the first major trans-Atlantic dialogue since the Biden administration was inaugurated, Secretary of State Tony Blinken re-emphasized (in his bilateral with European Commission President Ursula von der Leyen) that Europe is America’s  “partner of first resort.” After concluding his meeting with the EU High Representative for Foreign Affairs Josep Borrell, he again stressed that Europe and the United States “are the closest of partners, including on issues beyond our borders.”

Blinken’s reaffirmation of the priority of Europe in American national strategy and the pre-eminence of the Euro-Atlantic community, even at a time when growing attention is being focused on the challenge posed by China and the importance of the Indo-Pacific basin, seems to replicate, in 2021, what academic Joseph Roucek, in a series of 1955 essays in the American Journal of Economics and Sociology, defined as the American understanding of geopolitics:

“American foreign policy since World War II has viewed the Far East as a secondary theatre of action. The Western European area is considered the main region for the concentration of American efforts . . . This decision is due to the reasoning that the power potential of Western Europe, at least now, is far greater than that of East Asia and that the degree of stability and the community of interests in Western Europe and the North Atlantic outweigh those of the Far East.”

But is this a fixed constant for American national security?

For more than a century after achieving its independence, the overriding U.S. geopolitical imperative was separation from Europe and its conflicts (while retaining commercial connections). Defined by George Washington himself as the avoidance of entangling alliances, historian John Garraty encapsulated this process as “America escapes from Europe,” especially as codified in the Monroe Doctrine of 1823. As Paul Glastris has noted:

“The Monroe Doctrine declared that the United States would consider any attempt by a European state to oppress or control any country in the Western Hemisphere a hostile act. It was intended as a warning to the colonial powers not to restrict the potential spread of democracy in Central and South America nor press any claims on North American territory, thereby clearing the way for U.S. westward expansion. The doctrine also stated that, in return, the United States would not involve itself in the affairs of Europe—a vow meant to protect the ability of American merchants to trade freely on an equal footing without being caught up in Europe’s endless commercial intrigues.”

And as the United States began to define for itself a more global role, at the end of the nineteenth century, the initial areas of interest were the Caribbean and the Pacific oceans, while maintaining the Atlantic as America’s line of defense from any European spillover. Geostrategic thinkers like Alfred Mahan and Halford Mackinder, however, raised a critical point: American homeland security and the freedom of the seas that nourished America’s economic rise, could be endangered if a hostile power or bloc was able to consolidate control over most of the power centers of Eurasia. Mahan, in his book, The Interest of America in International Conditions, warned of the dangers that a dominant European hegemon, combining the industrial might and human capital of the continent with a sufficient instrument of maritime power projection, would pose to the United States. Mackinder, for his part, warned that a hegemonic power that dominated the “world island” of the Old World, especially the industrial centers of Europe and East Asia along with the vast material resource base of Central Eurasia and the Middle East, would pose an existential threat to the outer crescent powers such as the United States because of its ability to tap into economic and military advantages that could end up overwhelming the British Empire and the United States.

The outbreak of World War I seemed to validate these concerns. As Roucek argued, “The United States could not afford domination of Eurasia by Germany, or the elimination of Great Britain as a great power standing between Europe and the United States in the Atlantic Ocean.” America’s escape from Europe was over.

The lesson of World War II and the start of the Cold War was that the United States could not merely intervene in European affairs to defeat a challenger and then return home; it would have to play a more active role in shaping the political and economic balances of Europe favorable to U.S. interests. For its own protection and to further its own geostrategic interests, the United States decided to create the Euro-Atlantic community. Faced with the possibility of Soviet dominance of Europe, the United States moved from eschewing entangling alliances to, in Roucek’s formulation, becoming the “most entangled” nation in the world. Within a few short years, after the conclusion of World War II, “The United States shifted to a policy of "containing" Soviet expansion and of countering Communist activities. The Marshall Plan offered economic assistance to Europe, contingent on the initiative and cooperation of the European States in drawing up a joint recovery program. Then came the Brussels Pact, the Berlin blockade, the North Atlantic Treaty, and the Mutual Defense Assistance Pact.” All of this lives on in the twenty-first century in the formal institutions and informal interconnections that define the trans-Atlantic relationship.

The collapse of the Soviet Union in 1991, however, removed the overriding geopolitical impulse for close American engagement with Europe. The “heartland” that so worried Mackinder and his intellectual successor, Nicholas Spykman, is now divided among a group of great and middle powers.

As the American effort to promote integration and cohesion in Europe is now largely complete—with a Europe that is capable of holding the line if that’s what it wants to do. Europe united under the banner of NATO now serves the role Great Britain did in the nineteenth century—ensuring that no security threat can break through that littoral barrier on Eurasia’s western peninsula to threaten the eastern shore of the United States.

Post-Soviet Russia remains one of the world’s major players but, unlike the USSR in 1945, it is “hemmed in” all around its borders. To the extent that the United States faces a challenge--and, as Colin Dueck warns about the rise of China—“the U.S. faces a near-peer competitor with the potential ability to dominate the Eurasian Rimland through previously unexpected means,” the geographic locus has shifted from the Euro-Atlantic to the Indo-Pacific basin.

At the same time, the geo-economic picture has shifted. Fifty years ago, the Euro-Atlantic community dominated the global economy and was the most robust trading space. Today, the balances are shifting.  Crunching the trade balance data, Parag Khanna concludes: “Europe’s overall trade in goods with Asia--including  China, ASEAN, Japan and India—stands at $1.6 trillion annually, far larger than even Europe’s trade with North America. This is one of the strongest indicators of the irreversible shift in the global economic center of gravity eastward, from trans-Atlantic to Eurasia.” North American trade with greater Asia also exceeds the value of goods shipped across the Atlantic. To be sure, the Euro-Atlantic trading area remains quite critical—but it is being balanced out by the trans-Pacific and the trans-Eurasian economic linkages.

And as geoeconomics shift, so do geopolitics. Twenty years ago, Ivo Daalder and James Lindsay assumed that the next stage of what they termed the “globalization” of U.S. foreign policy would be the extension of the Euro-Atlantic community into other parts of the world. That remains a strategic possibility, but as Europe’s economic ties with the United States diminish, European strategic interests are also affected. In responding to comments about the need for a “united” U.S.-European alignment vis-a-vis a rising China, former French ambassador to the United States Gérard Araud responded that Europe “doesn’t have to choose” and would need to avoid either maintaining equidistance between the United States and China or alignment with one against the other, noting that European interests are “closer to the US but their interests while overlapping are not similar.” At the same time, as Khanna notes, the implications of this shift are clear for U.S. policy: to engage more with Asia.

Europe will always remain an important part of the world for U.S. foreign policy, but its centrality to American national and economic security is drawing to a close. How this rebalancing will happen during the 2020s will become the most critical geopolitical challenge facing the U.S. national security establishment.