Does Solving the China Trade Problem Not Involve Beijing? 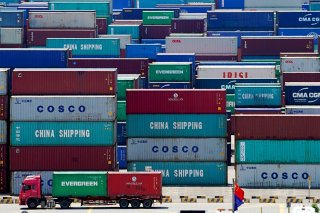 What are we to make of U.S. Trade Representative Katherine Tai’s October 4 speech on U.S.-China trade relations? Tai called for a “new approach” to the trade relationship but promises to continue key elements of Donald Trump’s policies, maintaining both the tariffs and the purchase requirements he imposed. Tai also brought attention to China’s industrial policy, a regular theme of Trump’s, and appeared to differ with Trump mainly in allowing for some tariff exclusions and in promising to work with other trading partners.

The approach Trump, and now Joe Biden, appear to be taking is that trade policy is primarily an exercise in which the U.S. focuses on the greatest impediments to trade. This is opposed to seeing trade as a focus on opportunities. We can see the difference in these two approaches if we consider trade as a restaurant management problem.

Think of a business exercise in which you are responsible for managing ten restaurants in a city, and each restaurant attains break-even if it can reach $1 million in annual sales. Let’s say nine of the ten restaurants you manage exceed that amount, but one is only generating $800,000 in sales. What do you do?

For most of us, the answer would be to devote extra management focus, advertising, and other resources to the lagging restaurant. Find out why it is underperforming and fix what is broken. Let’s assume this is what takes place and revenue in the lagging restaurant gets up to $1 million. Problem solved, right?

Yet the premise of the problem is restaurant management. It was never stipulated that the exercise was about making all the restaurants break even. That was assumed by the reader. When you were told there was a deficit, you allowed that fact to define the problem. What if the goal of the restaurant problem were to create more jobs or more sales—in other words, to maximize economic welfare?

What if those extra resources had instead been applied to one of the successful restaurants, and the revenue in this alternative restaurant went from $1 to $1.5 million. Revenue for the entire group of ten would go up by $500,000, and employment goes up commensurately, but the one lagging restaurant would still be at $800,000.

Why design a solution around the most bothersome part of your operations? Because that bothersome part has a hold on our imagination. We are sensitive to problems when we should be sensitive to opportunity. And to be fair, there are all sorts of public policy exercises where we need to focus on the lagging element—think of a struggling student, for example.

We can see the restaurant problem in relation to trade policy. The United States has many trading partners, but of the major ones, only China is chronically challenging. It has higher tariffs than global norms, it blocks some sectors from competition, and it provides weaker intellectual property protection. So, let’s put our resources against the malfeasant party, right?

Or maybe the United States would be better off improving trade issues with other nations, which would not only deliver better economic outcomes for the United States but also increase the cost to China of its recalcitrance.

For example, the Peterson Institute for International Economics tells us that the United States would add $131 billion to its exports if it joined the Trans-Pacific Partnership—more than the United States received from its “Phase One” agreement with China. Maybe a useful tactic in dealing with China trade issues would be to take the spotlight off of China.

More broadly, one of the challenges in policy formulation is not necessarily ideological, but one of tactics or approach. Human nature can seduce us to define a course of action only in terms of the problem and not in terms of the best solution. Trump’s China failure should remind us that as a management construct, we are better not designing a policy based on what annoys us the most.

Both Biden and Trump assembled a team of strong trade professionals. However, Trump’s team were all prisoners of the problem. Let’s hope Biden can pursue trade initiatives independent of China, the better for the U.S. economy and a better way to attach a cost to China’s bad behavior as well. The U.S. economy will suffer if Biden follows Trump and spends four years in the unprofitable restaurant.

Frank Lavin is the former Undersecretary for International Trade at the U.S. Department of Commerce. He is currently the CEO of Export Now, which runs e-commerce stores in China for U.S. brands.