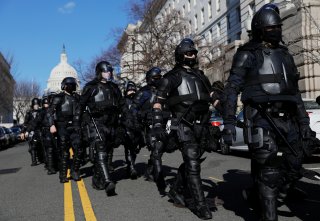 “Our landings in the Cherbourg-Havre area have failed to gain a satisfactory foothold and I have withdrawn the troops.  My decision to attack at this time and place was based on the best information available. The troops, the air and the Navy did all that bravery and devotion to duty could do. If any blame or fault attaches to the attempt it is mine alone.” — General Eisenhower’s prepared statement assuming full responsibility if the D-Day landings failed

In the wake of the Jan. 6 attack on Capitol Hill, there are calls for a “9/11-style commission” and other forms of inquiry. Pundits, participants, victims, and government committees look for answers. Officials are citing the usual reasons, as they have predictably done after each disaster from Pearl Harbor in 1941 on forward. The logic is attractive.  We were surprised; therefore the root cause is a lack of information. Blame is then attributed to a large, faceless, diffuse, mysterious institution, the intelligence community.  Therefore the remedy must be more directives and bureaucracy.

Answers may lie in a different area. We must look at the laws, orders, governmental instructions and standing operating procedures that were in place. Helpfully, the Congressional Research Service recently updated and published its National Special Security Events: Fact Sheet. This short three-page document (minus the title and disclaimer pages) briskly covers these topics.

A key to the puzzle is something called a National Special Security Event (NSSE), a creation of the Presidential Protection Act of December 2000. This is a specific term established in U.S. public law with its own funding process. Presidential inaugurations, major international events in the United States, major sporting events, and presidential nominating conventions were specifically cited as examples. The term centers responsibility for planning, coordination, and implementation of security on the U.S. Secret Service.

After the establishment of the Department of Homeland Security, the DHS Secretary was made responsible for designating events as an NSSE. Factors in such a designation included anticipated attendance by U.S. officials and foreign dignitaries, the anticipated size of the event, and its significance. NSSE instructions call for a structured planning, exercising and implementation process with a unified command model involving federal, state, and local agencies. It calls for security fencing, barricades, special access accreditation badges, K-9 teams, and other measures. Consequence management capabilities, including Domestic Emergency Support Teams, Urban Search and Rescue Teams, the Chemical, Biological and Radiological Incident Response Force, and many other capabilities are cited as essential.

Was the joint session of Congress on Jan. 6 a normally routine quadrennial certification of Electoral College votes that was designated a National Special Security Event? A joint session of Congress with the successors to the office of the president (the vice president, the speaker of the House, and president pro tempore of the Senate) as well as virtually all senators and representatives in one chamber, argues that this was indeed a special event with special vulnerability. The roiling “stop the steal” vitriol, fraud controversies, social media flaming, and armed protestors brandishing automatic weapons in state capitals, were all visible in plain sight and hearing for months, made it even more so.

If the joint session was not given NSSE status, then what official was responsible for the security of the event? Additionally, what were his or her authorities supposed to coordinate across the federal government, state, district, and city officials?

Do not blame the troops—in this case, the police at the U.S. Capitol—for failures at the top of the chain of command.

Wallace C. Gregson, a retired Marine and former assistant secretary of defense for Asian and Pacific Security Affairs (2009—11), is currently a senior advisor at Avascent International and senior director for China and the Pacific at the Center for the National Interest.