Is Escalation in Ukraine Inevitable? 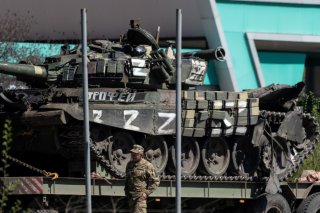 Six months into the war between Ukraine and Russia, neither side shows any sign of pushing for negotiations for a peaceful settlement. Instead, the United States and Europe are sending further weaponry to Ukraine, and Russia is announcing that it is expanding its territorial ambitions in the region. Moscow has made hints of further escalation, including nuclear. What is Russia up to? Is there a plausible diplomatic path forward to defuse the conflict?

Anatol Lieven is a visiting professor at King’s College London and senior fellow at the Quincy Institute. He writes regularly about the Ukraine crisis, including for the Financial Times and the Nation.

Jacob Heilbrunn, editor of the National Interest, moderated the discussion.