Is a Eurozone Banking Crisis Inevitable? 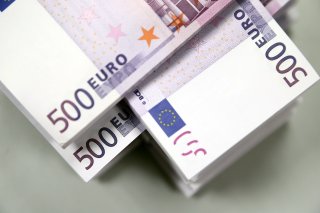 Hope springs eternal in the Eurozone. Despite being in the grips of its worst economic slump in the post-war period, Eurozone policymakers assure us that there will not be a European banking crisis.

They do so even though their economies have been hit by an economic shock thanks to COVID-19 very much larger than the one envisaged under the worst-case scenario of their banks’ stress test. They also do so even though the Eurozone still lacks any semblance of a banking union that might help it resolve a banking crisis in any one of the Eurozone’s individual member countries.

A basic reason for thinking that Eurozone policymakers are overly optimistic about their banking system's health is the current European economic slump’s scale. According to the IMF, even assuming that Europe does not experience a second wave of the pandemic, its overall economy will contract by more than 10 percent in 2020 before recovering by around 6 percent in 2021. Worse yet, the IMF is anticipating that the Italian and Spanish economies, the Eurozone’s third and fourth-largest economies respectively and those with the shakiest banking systems, will be experiencing economic declines of around 12.5 percent in 2020.

This dismal economic outlook has to raise a key question. If Italy and Spain came very close to experiencing full-blown banking system crises in the aftermath of the 2008-2009 economic recession, why will they not have banking crises in the aftermath of the current pandemic induced recession? After all, we are now expecting these economies to contract by more than twice as much as they did in 2008-2009 and we are also expecting that while stuck in a Euro straitjacket they will be slow to recover.

A similar question might be asked of the overall Eurozone banking system when one takes into account that the worst-case scenario under its bank stress test only envisaged a 4.3 percent output decline by 2022. If the overall Eurozone economy is now likely to have a recession that is almost two and a half times deeper than that envisaged in the stress test, why is the Eurozone as a whole not going to have a banking crisis in the aftermath of the current slump?

A reason to think that both Italy and Spain might both be more susceptible to banking crises today than they were in 2009 is not only because their economic slumps are so much deeper. It is rather that they have gone into the current downturn with very much weaker balance sheets than before.

A  few highlights of the current state of the Italian and Spanish banks might illustrate this point. Despite some progress over the past decade in reducing their non-performing loans, on the eve of the pandemic those loans still constituted between 8 and 10 percent of their total loans. In addition, in the case of the Italian banks, they were still suffering from the so called doom loop in the sense that these banks held Italian government bonds totaling a further 14 percent of their total balance sheets.

It does not help matters that Europe remains very far from having established a banking union in that it does not have a European deposit guarantee scheme or a common backstop for bank resolution. Nor does it help matters that Italy and Spain’s very weak public finances do not leave them with much room to support their banking systems. The pandemic induced slump has caused both of those countries’ budget deficits to blow out to more than 10 percent of GDP and put their public debt to GDP ratios on a path very soon to exceed 160 percent in the case of Italy and 120 percent in the case of Spain

One must hope that European policymakers soon take their heads out of the sand and recognize the real threats that now face their economy’s banking system. If not, we should brace ourselves for a more severe round of the European sovereign debt crisis than that which occurred some ten years ago. This would seem to be particularly the case considering that this time around the crisis will be centered on Italy and Spain whose economies are many times the size of Greece’s.