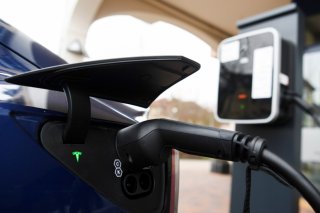 Russia’s brutal war against Ukraine has dramatically changed the energy and security policy assumptions of European countries. Finland and Sweden have abandoned the last vestiges of their non-aligned approach to foreign policy and have requested to join NATO. Switzerland has adopted the European Union’s (EU) sanctions against Russia. With the exception of Hungary, European countries recognize that Vladimir Putin’s dual use of energy and violence as tools of statecraft threatens not only European democracies but all democracies. If successful, Russia’s domination of Ukraine would be the most significant change to the post-World War II order since the fall of the Berlin Wall.

In response to Russia’s invasion, the United States banned imports of Russian oil, coal, and liquified natural gas (LNG). The United Kingdom will phase out Russian oil imports by year’s end. The EU has also banned Russian imports of coal and 90 percent of all shipborne oil by year’s end. The €300 billion REPowerEU plan is designed to eliminate the EU’s dependence on Russian energy and redirect the nearly €100 billion the EU pays Russia each year through fossil fuel purchases. These steps are important but will not be strong enough to irreversibly damage Russia’s economy and change its behavior. Energy commodities are substantially fungible. Russia is selling oil to Indian customers that it formerly sold in European markets and it still exports natural gas to Europe and most other markets via pipelines. As Europe buys less Russian gas, Russia will expand its LNG delivery capabilities to reach new customers in other countries, eventually mitigating any drop in European demand.

However, soon Russia will encounter a relentless foe that will neither negotiate nor respect international boundaries: the energy transition. As the world pivots away from oil, coal, and, eventually, natural gas, Russia will lose the ability to finance its military and maintain an acceptable standard of living for its people. Democratic countries can put the greatest economic pressure on Russia in the shortest amount of time by reducing their own demand for fossil fuels, rather than merely banning imports. The United States should accelerate electric vehicle (EV) adoption, phase out coal, and limit domestic consumption of natural gas while also increasing LNG exports to help Germany and other European democracies quickly use less Russian natural gas. Natural gas is a stickier commodity, which means that it is harder to substitute than oil. Thus, the key to pressuring Russia over the next five years is reducing oil demand through the adoption of EVs.

Transportation accounts for nearly two-thirds of global petroleum consumption. Per the Observatory of Economic Complexity (using 2019 pre-pandemic data), Russia’s exports of petroleum, crude and refined, accounted for 47 percent of its total exports of $416 billion. Petroleum exports to the EU, United Kingdom, United States, Japan, and South Korea accounted for over 30 percent of total exports, or $127 billion. Only seven democratic countries, the Netherlands, United States, Germany, Italy, South Korea, Poland, and Finland accounted for 21 percent of Russia’s total exports, over $87 billion. For example, Russia exported more petroleum to the Netherlands ($33 billion) than any other country except China ($34 billion).

Europe has embraced EVs over the last several years. According to the European Automobile Manufacturers Association, plug-in vehicles comprised 18 percent of EU market share during 2021, up 71 percent from 2020. In the Netherlands, plug-in vehicles achieved 30 percent market share. The EU intends to ban the sale of internal combustion engine (ICE) vehicles starting in 2035.

Russia should not think that China will buy whatever petroleum it does not sell to democratic countries. China, as a national priority, is rapidly adopting plug-in hybrid and battery-powered EVs. In 2021, China sold 3.52 million new electric vehicles, an increase of 158 percent from 2020 and comprising a 13 percent share of the Chinese auto market. China hopes that domestic firms such as BYD, Geely, and XPeng wil leapfrog large international automakers, including Ford and General Motors, by championing EVs.

The tipping point, when global petroleum demand begins to systemically decline, is in sight. The price of electricity is substantially less than that of gasoline or diesel and EVs benefit from lower maintenance costs than ICE vehicles. Many analysts believe that the purchase price of EVs will be the same as equivalent ICE vehicles when the price of a battery pack declines to $100 per kilowatt-hour (kWh). Per Bloomberg New Energy Finance’s (BNEF) 2021 battery price survey, the industry average now is around $132 per kWh. BNEF predicts that by 2024 average pack prices should be below $100 per kWh. A November Reuters study determined that automakers will spend $515 billion on EVs and batteries through 2030. We hit the ICE peak—the year of maximum ICE light vehicle sales globally—in 2017. ICE vehicles and related technologies are headed for obsolescence.

At the United Nations’ COP26 climate change conference in Glasgow, twenty-seven countries pledged to ban ICE car and van sales by 2035. They are reacting to the extraordinary harm climate change will impose on humanity if the global temperature rise is not halted. The United States, which is not a signatory, must quickly adopt the technologies that will underpin the global economy in the post-fossil fuel era or risk falling behind. More immediately, the ensuing reduction in oil demand will confront another great scourge, Russia’s threat to global security. It is in the United States’ national interest to accelerate the transition of all democratic countries away from fossil fuels and towards renewable energy. Winston Churchill said that “[a]ppeasement is feeding the crocodile, hoping he will eat you last.” The United States faces two crocodiles with unchecked hunger. To limit global warming and protect democracies, we should embrace the energy transition and hasten the end of the ICE age.

Wayne Arden is the co-founder of a banking and financial markets consulting firm, Arden & Bassam Partners.