Everything You Have Been Told About the 2020 Election Is Wrong 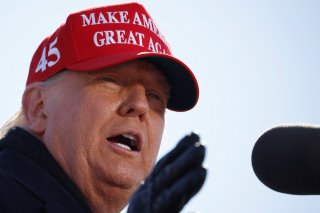 Almost everything you’ve been told or read about the elections is false. There will be little if any violence tonight. There will be no disputation about the winner. The election won’t be close.  And it won’t take long for the result to be clear.

The surprising thing won’t be if President Donald Trump, as I expect, loses badly tonight. It’s that he got as far as he did. Even one term for a real estate developer who never served in the military or in any political office is a mindboggling accomplishment. It’s never happened before.

Trump has given it his all during the campaign. Contrary to the pundits who argue that he should have tacked to the middle, it would never have worked. His only chance was to flush out as many voters from his base as possible. Veering to the middle would have transformed Trump into the kind of phony politician that he loves to mock. Win or lose, Trump is doing it his way. The one thing he cannot be accused of is disguising his views or intentions. On the contrary, he broadcasts them with metronomic regularity at his rallies. The coronavirus? No big deal. America’s allies? A bunch of parasites. Obamacare? Time to wipe it out. And so on.

At the same time, Joe Biden’s campaign has not received its due. A big Biden victory will provide a different kind of refutation to the naysayers who have doubted him all along. Recall that he was basically dismissed as old, doddering, senescent by his rivals during the Democratic primary. But Biden, like Trump, stuck to his guns, as it were. He started and ended his campaign with the theme that it was necessary to engineer a moral revolution in America and used Trump’s botched handling of the pandemic as Exhibit A of the need for strong and forceful leadership. It’s also the case that on a technical level, Biden ran a superb campaign, surpassing Trump in fund-raising and focusing relentlessly on Pennsylvania, Michigan, and Wisconsin.

Either way, this election, not 2016, is the one that will transform America. A Trump victory would consolidate his first term. A clear victory would mean that his legitimacy could not be questioned as it was during the first term, when Russia was constantly invoked. Trump, who would likely dismiss most of his current cabinet, could proceed to reshape the federal government and to withdraw from foreign alliances in a second term. America would be reshaped in his image. Trump would go down in history as one of the most consequential presidents. By the same token, a loss means that his presidency would be swept into the dust-bin of history.

For Biden, a triumph would allow him to set a totally different course. Biden has been wildly underestimated. Instead of being a caretaker president, he would be in a position to become a transformative one. If Biden does win a sweeping victory, he will have accomplished what no one has since 1980, when Ronald Reagan won what the Heritage Foundation called a mandate for leadership.