The Fed Finally Acts Against Inflation, But Is It Enough? 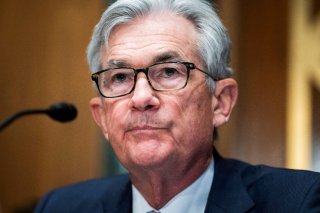 The Federal Reserve (Fed) has at last launched its counter-inflationary offensive. After more than a year of building inflationary momentum, the latest monetary measures have engendered relief among many on both Wall Street and Main Street. But for those who remember the great inflation of the 1970s and early 1980s or have studied it, the Fed’s effort surely looks like too little too late. To meet this challenge, Fed policy will need to move faster and go further.

So far, policymakers have made two practical changes. They have discontinued their long-held practice of pumping liquidity into the financial system by directly purchasing securities in financial markets, what the Fed calls “quantitative easing.” They have also scheduled a modest 0.25 percentage point hike to the benchmark federal funds rate to 0.5 percent. Promising more rate hikes to come and very likely also efforts to absorb inflationary liquidity by selling some of the securities they had previously purchased in the quantitative easing program, the statement issued by the Fed described today’s inflation as the result of “broader price pressures” and not a temporary effect of the war in Ukraine.

This last statement is especially welcome because Washington officials, until now, have refused to admit that the nation had an inflationary problem at all. For most of 2021, as inflationary pressures built, both Fed officials and the Biden administration characterized rising prices as the “transitory” response to the post-Covid-19 economic recovery. Fed chairman Jerome Powell only retired the word in the closing weeks of the year. For obvious political reasons, President Joe Biden still has not acknowledged the fundamental nature of the inflation. He has shifted from last year’s “transitory” line to blaming Russia’s Vladimir Putin for rising energy prices and, by implication, the overall inflation. Had the Fed gone along with that kind of reasoning, it would have left all fearing that monetary policymakers lacked the conviction needed to deal with matters. This more serious characterization, plus the steps the Fed has already taken, should give people greater confidence that monetary policy will diligently work to contain price pressures.

Still, what the Fed has produced so far looks wholly inadequate, even with the promises of more to come. After all, the inflation has already built up for over a year and, at last measurement, was running at an annual rate of 8 percent, the worst in forty years. The nation’s last bout of inflation made it clear that the Fed's lack of prompt, forceful counter-inflationary measures had allowed inflation to embed itself into the economy, making it that much harder to contain. To avoid this happening again, policymakers not only have to acknowledge the problem but, especially after last year’s excuses and delays, also shift policy more dramatically than they have. That certainly was the judgment of St. Louis president James Bullard, who dissented from the Fed’s decision, pressing for a larger, 0.5 percentage point hike in the federal funds rate.

Without a doubt, monetary policymakers have balanced such considerations with worries that too sudden a move toward monetary restraint will cause markets to crash and perhaps bring on a recession. Though not an unreasonable perspective, it would be easy to overstate such concerns. Markets seem to have taken the Fed’s announcement well. Indeed, they may have responded with relief that the Fed was, at last, taking the inflationary threat seriously. Nor does the risk of recession otherwise look serious. To be sure, the post-pandemic surge is slowing, but little points to outright recession or even the kinds of vulnerabilities that might give the Fed pause.

Besides, even with the Fed’s policy shift, what it is doing is far from restrictive. Consider that an 8 percent inflation rate enables someone to repay borrowed funds with dollars worth 8 percent less in real terms than the year before. If people borrow short-term at the federal funds rate of 0.5 percent, they enjoy using money for a year and effectively pay the lender far less value than they earn from the interest charged. Indeed, matters are such that the lender actually pays the borrower in real terms to use the money, about 7.5 percent a year. In other words, a major incentive to borrow and spend remains, hardly a restrictive monetary environment.

The judgment that the Fed has done too little so far hardly condemns the U.S. economy to suffer ongoing inflation on a par with what befell it in the 1970s and early 1980s. Rather, a recognition that the Fed has not done enough makes clear that before too long, policymakers will have to accelerate rate increases and reverse the effects of past quantitative easing more dramatically than suggested by recent Fed statements. Circumstances will demand it. Presently, consensus expectations look for the federal funds rate to rise to just under 2 percent by year-end 2022 and to 2.75 percent by year-end 2023. Those numbers will look low in hindsight if the Fed takes prompt action.

Milton Ezrati is a contributing editor at The National Interest, an affiliate of the Center for the Study of Human Capital at the University at Buffalo (SUNY), and chief economist for Vested, the New York-based communications firm. His latest books are Thirty Tomorrows: The Next Three Decades of Globalization, Demographics, and How We Will Live and Bite-Sized Investing.