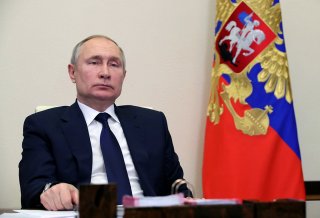 The Biden administration is understandably attempting to repair what it perceives as damage done to relationships with some of America’s closest European allies. But there is a cost, often substantial, to pleasing one's allies when there is no clarity of reciprocity. New rumored arrangements to protect Germany and others in the EU from U.S. sanctions on the Russian Nord Stream 2 pipeline will be pocketed by those governments which now will be even more convinced that doing business with Russia—and for that matter, China, the EU’s latest go-at-it-alone venture—will have no negative impact on their relations with the United States. There is only one victor of this arrangement designed to sanitize Nord Stream 2: Vladimir Putin. The loser, transatlantic relations.

The supposition behind all of these attempts to “fix” this relationship is that the Biden administration must issue a huge mea culpa for the recent mistakes and insults to Germany, and backing off of sanctions would sound just the right note. They are unfortunately buttressed in their view by those within the United States who believe Germany, and by extension Russia, merits if not an apology then a pass under the guise of alliance relations. But the U.S. relationship with Germany is stronger than a disagreement over a single issue. Sanctions are not, nor should they be, viewed as an irreparable point of contention.

While alliance unity is often important, allies are never going to agree on everything. Democracies debate, argue, and make decisions on what is best for one’s own national security and economic interests and sometimes those decisions do not comport with one's allies. And that is the way it should be. It would be foolhardy to suggest that countries only have policies that are designed not to hurt the feelings of their allies. No democracy operates this way.

What is truly naïve’ is the wishful thinking on the part of the Europeans who after repeatedly getting embarrassed and harassed by Moscow still believe an energy deal with Russia makes sense. There are many in Germany, and certainly a number of EU countries, who remain vociferous opponents to the pipeline. The opponents are clear-eyed about the long-lasting political damage Nord Stream 2 will cause between Western and Central European members of the EU, and between the United States and the EU. Recently, a prominent member of the European Parliament from Central Europe pleaded for the United States to keep the sanctions intact.

Only a small portion, perhaps as little as 12–15 percent of Russian gas will stay in Germany. Germany imports more than one-third of its gas supplies from Russia. But it is unclear in light of lessening manufacturing demand and conversion to renewables how much German consumption will grow, or more likely decrease. German businesses associated with the pipeline stand to earn substantial profits as the entry point provider and originating transit country for Russian gas. For Germany, as opposed to Russia, “shockingly” this is less about geopolitics and more about money.

One can be forgiven for wondering how this massive import of Russian gas makes sense when the European Union recently announced far-reaching decarbonization goals for 2030 and 2050? In fact, the European Union is adopting legal and policy tools to reduce greenhouse gases from the gas sector under a new legislative package. While supposedly targeting at all gas imports, the United States is getting special attention. This past week President Emmanuel Macron added his support to Nord Stream 2 “in a sign of solidarity with Germany.” Yet in what can only be termed hypocrisy, a few months ago a French company (a Nord Stream 2 investor) was forced to cancel a deal with an American LNG supplier citing environmental and climate concerns.

U.S. gas producers of LNG, a commodity critical to European energy security, have stepped up their efforts aiming at zero methane emissions, decreasing flaring, and radically cutting their CO2 footprint to meet what will undoubtedly be new U.S. guidelines and the EU’s present and future stringent criteria. None of that seems to matter for Russia’s gas production, which is neither “clean” nor transparent.

Such an arrangement would appear to be even more implausible in the broader context of the overwhelming bipartisan Congressional vote for sanctions and the recent climate statements made by the Biden administration about the future of America’s hydrocarbon industry. It would seem unfathomable that President Biden would sign onto an arrangement with Europe that grants Russia precisely what this administration has suggested it does not support for American companies and workers.

Energy is used by Russia as a political weapon to gouge, dissuade, and suppress countries and populations from their own aspirations—a practice it has honed to a fine art. Nord Stream 2 is no longer just about Ukraine, if it ever was. It is about Russia’s goal of monopolizing Europe’s gas market from the Baltics to the Balkans, and if countries like Ukraine and Belarus get caught in this forward march, so much the better.

Russia already controls about 40 percent of the European gas market, which will only increase with the completion of Turk Stream, Russia’s foray into Turkey, Bulgaria, and the Balkans. When and if both Nord Stream 2 and Turk Stream are completed, almost 70 percent of all global Russian fossil exports will be sold to the European market.

The Nord Stream 2 pipeline is anathema to energy diversity and security of the European Union. Instead of focusing on the so-called unfairness of these U.S. sanctions, the question we should be asking is why key members of the EU are intent on underwriting the Russian economy. As Russian opposition activist Aleksei Navalny contemplates his next arraignment in his prison cell, he is surely puzzled why his life is worth less than a “business” transaction.

Debra Cagan is the Distinguished Energy Fellow at the Transatlantic Leadership Network. She served as a senior career official with the Departments of State and Defense.

Ambassador Andras Simonyi (PhD) is a Strategy Analyst in Washington and host of the "Leadership in our Time" webcast at George Washington University. He is the former Hungarian Ambassador to NATO and to the United States.