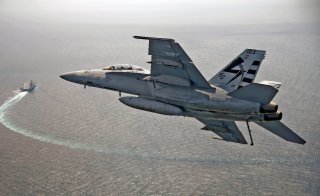 Since at least the Obama administration, policymakers have attempted to rebalance and refocus U.S. security commitments by making the Indo-Pacific America’s top overseas priority. With European nations wealthy enough to defend themselves, domestic fatigue with America’s forever wars gripping the body politic, and the continued emergence of China as a near-peer competitor, the Indo-Pacific has been steadily viewed in Washington as the most significant arena for the development of long-term U.S. economic and strategic interests.

However, successive presidential administrations have struggled to fully shift American assets, attention, and resources to Asia. This has stemmed from several crucial factors, including consistent international crises in other parts of the world—such as Russia’s invasion of Ukraine—that have distracted U.S. officials, a global pandemic, and internal domestic upheaval in the United States. Yet the root cause of the so-called pivot to Asia’s failure is Washington’s continued belief that American power and interests are global and universal. If U.S. decisionmakers truly seek to reorient American strategic priorities, they need a clear hierarchy of the nation’s interests and obligations.

This refusal to prioritize is nothing new. Since the end of World War II, U.S. policymakers and strategists have wrangled over the “Europe first versus Asia first question” in American foreign policy. In the immediate aftermath of the war, when this dispute was acutely raging, the “Europe firsters” ostensibly won the debate, as American resources poured into Western Europe to prevent the perceived threat of its subversion and takeover by the Soviet Union.

But at the same time that the Truman administration was directing the U.S. occupation of Germany and formulating its containment policy, the Marshall Plan, and NATO, it was also striving to mediate a peaceful conclusion to the Chinese Civil War, to support the European imperial powers reclaim their former Asian colonies, rebuild Japan, and compete with Moscow for prestige throughout Asia. American officials claimed Europe was their prime concern, but they committed a comparable level of resources to the rapidly shifting balance of power in Asia.

The first American military campaign after World War II unfolded in Korea, where the United States viewed the conflict as part of a broader global clash in which events in every world region were inextricably linked. “If we were to let Asia go,” President Harry Truman warned after North Korean forces invaded their southern neighbor in 1950, “the Near East would collapse and no telling what would happen in Europe.” This stunning reversal came after Secretary of State Dean Acheson famously omitted South Korea—and Taiwan—from the postwar U.S. defense perimeter in Asia.

U.S. officials interpreted the North Korean attack as the opening gambit in a broader Soviet-directed assault on the non-Communist world. Although that turned out to be false, this assumption led them to conclude that Washington required a global posture to deter Moscow. American interests, therefore, were worldwide and apparently indivisible; no region was more important than another to American national security. The top-secret NSC-68 strategy document, adopted in late 1950, only codified a worldview that had already taken root in Washington.

For the remainder of the Cold War, American policymakers largely adhered to this global image of U.S. power and overseas interests. Washington waged another expansive and devastating land war in Asia by committing American military forces to Vietnam; vied with the Kremlin for influence and prestige in Africa, Asia, and the Middle East; and supported repressive governments throughout the world in the name of anti-Communism. Long after the Cold War’s end, it is still not clear how any of these actions safeguarded American security and prosperity.

Universalist visions of American national interests continued to dominate Washington’s foreign policy thinking after it became the world’s sole superpower following the collapse of the Soviet Union. Yet the United States will continue to be frustrated in its efforts to shift the focal point of U.S. foreign policy to the Indo-Pacific if it continues to conceptualize overseas priorities within a global framework.

U.S. national security policy is suffering from debilitating overextension. It is impossible to prioritize international commitments if events in every corner of the world are seen as vital to America’s security and wellbeing.

Only with a clear and delineated hierarchy of U.S. interests and obligations can Washington solve this issue and make the necessary choices to prioritize America’s legitimate interests.

Grant Golub is a contributing fellow at Defense Priorities and an Ernest May Fellow with the Belfer Center for Science and International Affairs at the Harvard Kennedy School.