The Global Asset Price Bubble Is Preparing to Burst 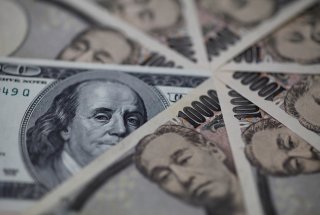 It would seem that world economic policymakers and academic economists have learned little from the 2008 bursting of the U.S. housing and credit market bubble.

The primary source of today’s global “everything” asset price and credit market bubble is the maintenance of zero policy interest rates and the unprecedentedly aggressive bond-buying activity by the world’s major central banks.

Whereas, in the wake of the September 2008 Lehman bankruptcy, it took Ben Bernanke six years to increase the size of the Federal Reserve’s balance sheet by $4 trillion, in the wake of the coronavirus pandemic it has taken Jerome Powell less than a year to do the same thing. Not to be outdone, over the past year, Christine Lagarde’s European Central Bank has increased the size of its balance sheet from less than $5 trillion before the pandemic to its current level of around $9.5 trillion.

One way in which the unprecedentedly rapid pace of central bank money printing has manifested itself has been a global equity price bubble. As an example, today U.S. equity valuations, as measured by the Shiller Cyclically Adjusted Price Earnings ratio, are more than double their historic average. They are also at very lofty levels that have been surpassed only once in the past one hundred years.

Another manifestation of rapid money printing has been housing market bubbles around the world. This has included a U.S. housing bubble, where house prices today in real terms are at a level similar to those in 2006 at the peak of the previous housing market cycle.

More disturbing yet for world financial market stability are the pervasive global credit market bubbles that have been spawned by today’s ultra-easy monetary policies.

Despite their record-high public debt levels and their highly compromised budgets in the wake of the pandemic, the emerging market economies have still been able to borrow vast amounts of money at relatively attractive interest rates. Similarly, despite having its highest public debt level in its 150-year history, the Italian government has still been able to borrow at a lower interest rate than the U.S. government can. Meanwhile, in a world flush with liquidity, both U.S. and European corporates with the worst credit quality have been able to continue borrowing at relatively low-interest rate spreads.

The common factor that keeps fueling these asset price and credit market bubbles is the belief that interest rates will remain at their currently very low rates forever. At a time that budget policy has become excessively expansive and now threatens inflation, this creates an acute policy dilemma for the Federal Reserve.

If the Fed chooses to raise interest rates and taper its bond-buying program, then it risks bursting the global “everything” asset price bubble that could be problematic for the United States and world financial system as it was in 2009. On the other hand, if the Fed does not rein in its ultra-loose monetary policy, it risks allowing price inflation to take hold and asset markets to become even more frothy than they are today. That, in turn, would all too likely set us up for an even harder landing down the road than had the Fed acted in a timely manner.

For the country’s sake, one must hope that painful as it might be, the Fed starts tightening its ultra-loose policy sooner rather than later. By doing so, it will at least heighten the chances that the U.S. economy will avoid a nasty burst in inflation and have a softer landing than it would have if the Fed were to stick to its currently ultra-loose monetary policy stance.