Have America’s Russia Watchers Been Getting It Wrong? 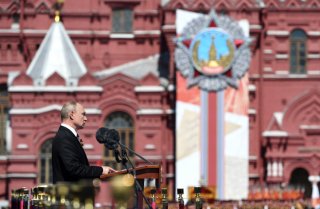 Russian-American relations are at a new nadir. Our ability to treat with Moscow depends to a great degree on assessing and predicting Russian actions. Yet the striking number of times that Washington has been surprised by Russian behavior over the past few decades suggests that—more than ever—American experts are struggling in this endeavor.

Indeed, writing in the National Interest on Monday, Michael Lind offered a tart assessment of America’s perceptions of Russia: “If Trump, in spite of his unpopularity, is re-elected, then much of the trans-Atlantic establishment will attribute the result to the machinations of the all-powerful, diabolical Vladimir Putin. One reason to hope for a Biden victory (there are not many) is the possibility that it will bring an end to the hysterical neo-McCarthyism that has gripped America’s foreign policy, academic and media establishments for the past four years.“

What, exactly, is the state of our Russia-watcher cadre in government, academia, think tanks, and media? Where are relations with Russia headed? And what might be done to elevate our public discourse about Moscow’s intentions? Experts Anatol Lieven, Anna Vassilieva, Keith Gessen, and Michael Kimmage cover a wide range of ground, from the original analyses of Stalinist Russia by George F. Kennan to the allegations of Russian influence in the 2016 election and today, to discuss these questions and more in a panel moderated by George Beebe.