Here's What Russia Thinks About the Future of America's Aircraft Carriers 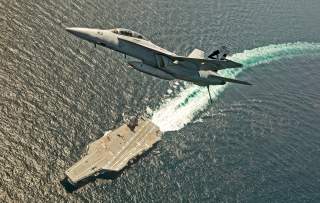