How America Can Help Re-shape the Post-Soviet Countries 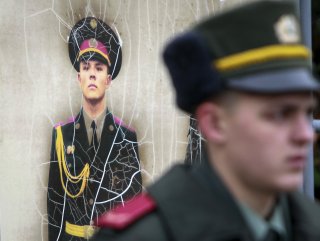 Since the Soviet collapse in 1991, the performance of the fifteen newly independent states has varied widely. Some do well in political, economic, and social dimensions, some fare poorly, and some are mixed.

To varying degrees, the West has helped states develop and integrate into the world economy. The successes show this is possible. The West might persist in encouraging reforms, which are vital to improving people’s lives while giving special attention to lopsided performers.

Why has performance for many been uneven? Observers cite varying reasons. The Baltics were independent states before 1940 and benefit from a tradition of self-rule. The lingering effects of autocratic tsarist rule and communist repression stunt development. Central Asia was backward at independence. Petro wealth brings prosperity. States closer to prosperous Europe benefit.

Whatever the impact of these and other factors, valuable insights can be gained from published indices that rank countries globally.

Indices of democracy, corruption perceptions, rule of law, and freedom may be suggestive of political development. Per capita incomes measured by current dollars and purchasing power parity, and indices of economic freedom, competitiveness, human capital, global innovation, and the ease of doing business may be proxies for economic development. Indices of human development, environmental performance, health security and infant mortality may reflect some of the variations in social development. Several indicators, such as environmental performance, could affect development in several dimensions.

From these indicators, some preliminary observations and hypotheses might be drawn.

The Baltic states – Estonia, Latvia, and Lithuania—are by far the best performers. They are almost always among the top three of the fifteen in every dimension. Reforms in economic, political, and social dimensions are notable and may be reinforcing. It is not surprising that the European Union invited them to join.

Mid-ranked post-Soviet states tend to be lopsided performers. Armenia, Georgia, Moldova, and Ukraine do relatively well in measures of democracy and political freedoms, but their per capita GDPs are only one-fourth to one-third as high as those of the Baltics. They have been unable to turn governance advantages into higher productivity and growth. Moldova and Ukraine remain mired in corruption. In a few measures—corruption, economic freedom, and ease of doing business—Georgia is at the Baltic standard. Both Armenia and Georgia face military threats, and Armenia’s location imposes high trade costs.

Petrostates are better off economically but uneven performers. Leveraging energy and some economic reforms, Kazakhstan and Russia have achieved upper middle-income status by the World Bank definition. Burdened by policies that have led to less competitive and less innovative economies and greater hindrances to doing business, Azerbaijan and Turkmenistan have gross domestic products per capita of one-half or less as high. Overall, in the post-Soviet space energy does not assure prosperity but it helps. Freedom House ranks all four petrostates as “Not Free.”

Performance in Belarus is lopsided in another way. It is one of the least free post-Soviet states. Yet it scores well on corruption, human capital, and infant mortality. Per capita GDP is one-half to two-thirds higher than in Ukraine. Variations in performance indicators suggest that the protest movement is spurred more by political than economic grievances.

In the post-Soviet space, the West focuses political and military exertions on Russia because of its power and adversarial posture, and on Ukraine, because it is a victim of large-scale Russian aggression. From a development perspective, however, it is possible that the West might make the most difference by focusing on mid-ranked states, especially those undertaking reforms. Gains in some areas might increase the capacity to succeed in others. Special attention might be given to helping or inducing them to develop in more balanced ways. This could mean urging more political freedoms in Belarus and Kazakhstan, economic reforms in Kyrgyzstan and Ukraine, and rule-of-law reforms in Georgia and Ukraine.

Development remains a vital task. For the post-Soviet states, it could bring better living standards and social conditions and promote more stable politics and inclusive governance. The West could perhaps gain to the extent that development makes countries less vulnerable to security threats, creates opportunities for trade and investment, and strengthens post-Soviet support for an open international system.

William Courtney is an adjunct senior fellow at the nonprofit, nonpartisan RAND Corporation and former U.S. ambassador to Kazakhstan and Georgia. Howard J. Shatz is a senior economist at RAND.