How Americans See Their Role in the World 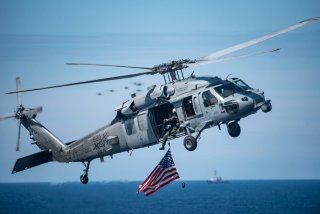 In light of complicated global events, such as the Russian invasion of Ukraine, increased tensions in the Taiwan Strait, evolving forms of warfare including cyber conflict, and soft power issues like climate change, the United States needs to carefully consider its foreign policy to best respond to foreign and domestic challenges. This begs the question: does the American public desire a continued engagement in international affairs or instead a greater focus on domestic issues?

One can draw several U.S. foreign policy distinctions between the Trump and Biden administrations, ones that mirror this tension of focusing on domestic versus international affairs. President Donald Trump advocated for “America First,” which suggested a reorientation to domestic issues and less focus globally and lead to the U.S. removal from the Paris Climate Accords, the collapse of the Iran nuclear deal, and the withdrawal from the Trans-Pacific Partnership. Alternatively, the Biden administration has expanded U.S. diplomatic engagement in international affairs, while withdrawing troops from Afghanistan.

The Trump administration took a novel approach to areas such as climate change and immigration through its “America First” approach. However, some of its policies did not line up with the opinions of Americans even within their own party. A 2017 survey by the Chicago Council of Global Affairs found that 24 percent of core Trump supporters, 23 percent of Trump Republicans, and 53 percent of non-Trump Republicans thought America should participate in the Paris Agreement on Climate Change. The same survey found that 66 percent of Democrats, 60 percent of independents, and 65 percent of Republicans believe the United States should take an active role in world affairs, but only 49 percent of respondents thought of maintaining existing alliances as an effective tool in maintaining foreign policy goals. Respondents across parties also believed the United States possessed more global influence than China, Russia, and the European Union. Thus, it is very clear Americans believe the United States is capable of influencing international affairs even if disagreeing on how that power should be used. Moreover, a 2018 poll from the United Nations Foundation and the Better World Campaign  of Americans ages seventeen to thirty-five found a majority across Democrats, Republicans, and independents believed in what they termed “America first but not alone.”

As the world continues to react to Russia’s invasion of Ukraine, America seeks to protect the “rules-based international order.”  However, not every other country shares the same sentiment. India, Brazil, Mexico, South Africa, and others have chosen to disengage with the invasion and focus on their domestic policies despite the urging of the United States to become involved. The mantra of “America First” has manifested in other countries as well, including Brazil where President Jair Bolsonaro advocated for “Making Brazil Great Again.”

To determine how Americans feel about U.S. involvement in global affairs, we conducted an original national web survey in the United States on June 29-July 11 via Qualtrics with quota sampling for age, gender, and geographic region. We asked 1,728 Americans the following question: Which of the following best describes your view of the U.S. role in world affairs? Respondents could select either (1) We should pay less attention to problems overseas and concentrate on problems at home, or (2) It's best for the future of our country to be active in world affairs.

Overall, 55.44 percent of respondents advocated for less attention to problems overseas and more attention at home, while 44.56 percent desired an active role in world affairs. Democrats viewed being active in world affairs as more favorable (56.29 percent). Conversely, Republicans were more likely to advocate for concentration on problems at home (67.34 percent). Unsurprisingly, independents fell somewhere in the middle, with 59.69 percent selecting a domestic focus. Most likely, Republicans are still attracted to Trump’s mantra of “America First,” while Democrats view events such as Russia’s invasion of Ukraine and climate change as reasons for sustained American involvement globally. Empirically, Republicans have been less supportive of international commitments, with past public opinion data finding Republicans less supportive of foreign aid and disinterested in resettling Afghan refugees due to security concerns. Regression analysis further shows not only the partisan difference endures after controlling for demographic factors, but also that women were more likely to focus on domestic problems while age and income positively corresponded with choosing engagement in world affairs.

Admittedly, respondents might evaluate concentrating on problems at home and focusing on global affairs very differently, and the question forces a decision where some respondents likely believe one can address concerns on both fronts. For example, some respondents might view U.S. engagement in global affairs primarily in terms of military involvement, soured by America’s actions in Iraq and Afghanistan, or international aid, which Americans historically grossly overestimate, while others view this more in terms of diplomatic engagement to respond to collective action concerns ranging from climate change to pandemics. Domestic concerns likely are more concrete in the minds of respondents than many of the challenges abroad since domestic problems, particularly salient issues including gun control and controversial Supreme Court decisions, more directly impact Americans in the short-term than abstract external affairs.

While one can understand the appeal to focusing on problems at home, this also conflicts with the long-held narrative of America as the “leader of the free world.” A lack of engagement in world affairs risks exacerbating the decline of American hegemony. Rather than viewing the two as distinct spheres, it may help to think about non-traditional applications of America’s international influence and how resolving domestic problems can aid American influence abroad.

Timothy S. Rich is a professor of political science at Western Kentucky University and director of the International Public Opinion Lab (IPOL). His research focuses on public opinion and electoral politics in East Asia.