How Boris Johnson Lost His Way 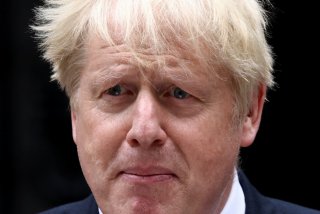 It would be hard in our age, but a truly neutral and detached biography of Alexander Boris de Pfeffel Johnson, one of the most instinctive politicians of our age wrecked by going against his instinct, would be outstanding to read. His natural and true self was the successful liberal mayor of London, the man who can recite the Iliad in Greek and is more comfortable talking about the anaphora and tricolons in Churchillian rhetoric; or write about why imperial Rome was a better and more cosmopolitan polity than both the Hellenistic Greeks and the European Union. The latter populist hard-Brexiteer, arch-sovereigntist national conservative was a borrowed persona and consequently, a Sophoclean tragedy.

It is illuminating that his last tweet before resignation, which hung on his Twitter feed like an albatross for a while, was about promising more aid to Ukraine. And that should give one an idea of what went wrong. If his idea of “populism” was spending unlimited money during an inflation and coronavirus recovery, on the irrelevant periphery of a continent his countrymen voted to not give a damn about, instead of fixing a housing scarcity in England, or gutting the administrative state and woke civil service, or fixing a broken public infrastructure, or immigration and policing reforms, then his strategic acumen was arguably as strong as his recent bemusing ponderings on history. He forgot his primary job was the good governance of the United Kingdom.

And that is his tragedy. In an earlier (and better) era he would have been a boisterous classics don at some major university lecturing a cohort of imperial bureaucrats, or an imperial viceroy promoting a bunch of socially liberal policies such as banning widow-burning, ritual sacrifice, or religious taxation in some colonial backwaters. He perhaps thought he still lives in that same era, a Kipling reciting dreamer in a more prosaic and diminished world. But he had the correct instincts and was given the once-in-a-century opportunity of reshaping politics. A ninety-seat majority in a parliamentary system makes a man practically invincible. It is akin to dictatorial powers.

But he threw it all away. The virtues of Boris—however, limited they are—his wit; his ambition; his charm; his natural rhetorical skills; his ability to appeal to the (normal) masses; his political instincts; his overall vision of an independent balancing middle power in the United Kingdom, of social and economic progress, of a Singapore on the Thames spirit, married with his key understanding that nothing other than jobs and prosperity of the vast majority of the north and middle England would ensure any decent future of the Union, utterly failed to face his vices—his consistent frivolity, insincerity, incompetence, failure to follow through, delusional idealism, and weakness of character. Our resident Roman historian in chief either failed to truly learn from Roman history or forgot about tempting fate too much. The Tory majority, Great Britain, and Boris sank, as the saying goes, giggling into the sea. Probably unpopular opinion on both sides of the moat, but one should feel bad for Boris. His political evolution could almost persuade you to turn into a believer of curses by some elder Olympians. The man had great political talent and instinct, easy wit, and one of the greatest opportunities handed to him. He lost the latter, by ignoring the former.

He could have focused on unlimited trade and courted investment from the rich commonwealth. He could have focused on gutting the administrative Blairite state and decimating the entrenched woke civil service, by eradicating the European human rights laws and the Equality Act. He could have opened up those same civil service and policing jobs for the mass of educated but closet conservatives and patriots from all across middle England, thereby improving both the local economy and his party’s future prospects. He could have permanently sorted out the problem of Scotland and Northern Ireland by relocating the Hong Kong refugees, as well as reversing “devolution” and taking back financial and budgetary power back to Westminster. He could have been tough on major crimes by reforming the broken system of British policing. He could have fundamentally reformed immigration. Instead of inviting hundreds of midwit social scientists from the European Union, bloating out the university sector, he could have made university funding conditional on free speech, as well as invited actual genuine researchers and scientists from across the globe to move to Britain and take the country towards the direction of a tech and economy powerhouse. Viktor Orban did some of the abovementioned, in Hungary. Ron DeSantis and Glenn Youngkin are showing how it’s competently done in Florida and Virginia. He ignored that all. What a waste.