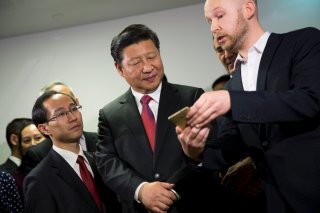 The Sino-American trade war has now turned into a new chapter in August, focusing more on tech competition between the two largest economies to decouple each other and potentially dividing countries into a bipolar world in the global influence industry—the beginning of a new kind of “tech cold war.” With the newly declassified “six Reagan-era security assurances” given to Taiwan in 1982, Assistant Secretary of State for the Bureau of East Asian and Pacific Affairs David Stilwell on August 31 said that Washington would establish “a new bilateral economic dialogue” with Taipei to “explore the full spectrum of our economic relationship—semiconductors, healthcare, energy, and beyond, with technology at the core.” These two latest announcements come at a time of increasing threats from China to Taiwan as President Donald Trump campaigns for his November re-election for which the White House wants to portray him as a Teflon candidate to rally his anti-China voter-base.

Starting on August 17, the United States added thirty-eight more Huawei affiliates in twenty-one countries into its tech blacklist to stop the Chinese conglomerate from evading its previous trade restrictions. The Trump administration has even controlled the access to U.S. technology from Huawei and its affiliates to prevent them from fulfilling “the policy objectives of the Chinese Communist Party.” Secretary of Commerce Wilbur Ross said that “Huawei and its affiliates have worked through third parties to harness US technology in a manner that undermines US national security and foreign policy interests. This multi-pronged action demonstrates our continuing commitment to impeding Huawei’s ability to do so.”

In May, the U.S. Department of Commerce (DoC) had amended its Export Administration Regulation to prevent foreign companies from “producing and designing” microchips for Huawei and its affiliates with the use of U.S. technology without approval. However, the effectiveness of such a restriction is always questionable as Huawei had stopped outsourcing its indigenous chip manufacturing but instead chosen to stockpile ready-made microchips from the market via its overseas subsidiaries. Moreover, the U.S. trade restrictions had prompted “Huawei to increase its research and development investment by 30 percent as well as invest in reengineering its products ” in addition to redesign of “more than 1,800 boards” and rewrite of “some 16 million lines of its software codes.”

With the latest DoC’s Entity List expansion of the ban on Huawei, Secretary of State Mike Pompeo also announced that the Trump administration is “imposing new visa restrictions on certain employees of Chinese technology companies that provide material support to regimes engaging in human rights abuses globally.” This signifies the determination of the Trump White House to wage a government-wide policy to contain China’s already high-tech advancements in every sector, including the military.

In the heart of this “Great Game” between Washington and Beijing, the technology-driven entrepreneurial and democratic Taiwan is likely the most important geopolitical factor that has greater implications for the United States and China—both domestically and globally.

With the growing concerns over American perception in China’s “the Hundred-year Marathon,” U.S. policymakers are almost unanimous in responding to Beijing’s increasing influence in the information communication and technologies (ICTs) industry as imminent danger to national security. Since 2012, both Chinese telecom giants—Huawei and ZTE—have been investigated by the United States government in the name of national security.

In 2018, the United States further passed the National Defense Authorization Act which barred Chinese telecom companies from doing business with federal government agencies. In May 2019, the DoC further banned Huawei and sixty-eight other companies from the U.S. communications market by listing them in the “Entity List”—a sanction mechanism devised by the Department. In November 2019, the U.S. Federal Communications Commission (FCC) made a unanimous decision to ban Huawei and ZTE from infrastructure procurements involving the use of federal subsidies. In March 2020, the Congress passed the Secure and Trusted Communications Networks Act to remove the presence of Huawei and ZTE devices in the United States. Finally, in June 2020, the FCC officially classified Huawei and ZTE as “national security threats.”

Nevertheless, the United States is not only concerned with China’s influence in the physical information infrastructure but also the social networking function of ICTs. Pompeo expanded his earlier initiative of keeping Chinese hardware from the telecom infrastructure into the new “Clean Network program” in August 2020. The intent is to remove not only China’s 5G hardware but also the use of Chinese telecoms carriers, cloud services, apps, app stores, and international undersea cables by the U.S. consumers.

Immediately afterward, TikTok and WeChat serviced by two Chinese companies—ByteDance and Tencent—were sanctioned by the Trump administration in the name of national security. TikTok (a video-sharing platform) and WeChat (providing messaging, social media, and financial tools) have the potential of harvesting American personal data to facilitate any influence operations, such as fake news or misinformation by the Communist Party of China (CPC). However, even if the Trump administration’s alleged gathering of personal data from American citizens is a cause of security concern, Washington has genuinely been aware that China had already collected this information from the millions of TikTok and WeChat users in the United States and elsewhere in the past few years.

The latest U.S. development not only prohibits semiconductor foundries from manufacturing microchips for Huawei but also regulates third parties from selling chips to China. As such, it appears that the Trump White House’s “decoupling” strategy in the ICTs sector is not only about not-exporting to, and buying from, China, but also signaling a total separation and creating a digitally polarized world.

Dr. Patrick Mendis, a former American diplomat and a military professor, is a Taiwan fellow of the Ministry of Foreign Affairs of the Republic of China (ROC) and a distinguished visiting professor of global affairs at the National Chengchi University as well as a senior fellow of the Taiwan Center for Security Studies in Taipei.

Dr. Hon-Min Yau is a professor of strategy and international affairs at the National Defence University in the ROC. Their views expressed in this analysis do not represent the official positions of the current or past affiliation of their institutions nor the respective governments.

Editor's Note: This is a two-part article; Part II will appear separately.