How Israel’s Minority Government Can Stay in Power 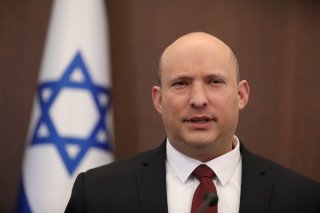 Israel’s “change government” is not yet one year old, but it has already lost its parliamentary majority after the unexpected departure of a single lawmaker. However, Prime Minister Naftali Bennett built his coalition on a solid foundation of mutual mistrust and common dislikes—so solid, in fact, that it just might hang on to power for the foreseeable future.

Two unusual features of Israel’s constitutional architecture, both of recent vintage, ought to lend substantial resilience to Bennett’s coalition. First, a simple vote of no confidence cannot bring down the government. Instead, there must be a “constructive” vote of no confidence that installs a new coalition, ready to govern. Second, in the event of early elections, the premiership would automatically pass from Bennett to his understudy, Alternate Prime Minister Yair Lapid. In tandem, these provisions have the unintentional effect of lending considerable durability to coalitions based more on shared antagonism than positive agendas.

This setup has led to constant tinkering with the rules of the political game, including a brief—and, by most accounts, disastrous—experiment with direct elections for prime minister. When the Knesset put an end to this experiment in 2001, it didn’t just cancel the direct election law; it also copied a reform from Germany’s Basic Law that requires constructive votes of no confidence.

For the Germans, this provision precluded a repeat of the traumas of the Weimar era, when Communists and Nazis could join up for repeated no-confidence votes, even though their loathing for each other rendered impossible the formation of a new government. In Israel, the idea that the Far Left and Far Right (or perhaps, ultra-Orthodox and Arab, or some other odd-couple combination) might create a similar sort of chaos started to seem like a distant but real possibility by the early 2000s, enough to merit including the German provision in the Israeli basic law.

In the Knesset, the opposition now has exactly sixty out of 120 seats. But even if it had sixty-one, the ideological divides among them would make it all but impossible to forge an alternative coalition. In addition to Benjamin Netanyahu’s Likud, the opposition includes the far-right Religious Zionism party and the three Arab parties of the Joint List, who mostly oppose the existence of a Jewish state and whose leaders often make common cause with Israel’s enemies. The latter, it is safe to assume, have no interest in returning Netanyahu to the prime minister’s bureau.

In the meantime, Israel is governed by a minority government, a situation not without challenges, but not without precedent either. During two pivotal years preceding his assassination, Yitzhak Rabin governed without a majority. Besides a constructive vote of no confidence, a government can fall if it fails to pass a budget, but the Knesset just passed one for the next fiscal year. Moreover, a majority coalition isn’t necessary to pass a budget, since abstentions or defections from the opposition—for a price, of course—can squeeze a budget through.

The second quasi-constitutional provision now lending durability to Bennett’s government is the two-year-old rule that created the position of alternate prime minister, an invention of the 2020 coalition agreement between Benjamin Netanyahu and the Blue and White bloc led by Benny Gantz, which fought Netanyahu to a draw in three consecutive elections in a span of twelve months. The government that foisted this awkward constitutional formulation onto Israeli politics didn’t last long enough to see it have any impact, but the provision is still written into Israel’s Basic Law, and it formed the basis of the current coalition agreement as well.

Coalitions in Israel have always been complicated and unwieldy, but until very recently, they were generally dominated by one large party (except for the various “unity governments” of 1984-1990). Yet parties have now become personality vehicles rather than coherent ideological or social groupings, and the Knesset has gradually transitioned from a collection of a few large parties and many smaller ones to a collection of medium and mostly smaller parties.

As long as this remains the case, coalitions are likely to require rotation agreements that allow two leaders to divide the prime minister’s tenure. The current prime minister, after all, leads a party that won only seven seats in the 120-seat chamber, so he could hardly insist on a full four-year term.

The alternate prime minister, then, is not just another made-up cabinet position designed to smooth over coalition-making. It’s a dramatic, if under-appreciated, constitutional reform that has effectively created a bicephalous regime, not just in the last two governments, but in all likelihood for many more to come. This kind of alternation may, in fact, become a model for other parliamentary democracies struggling with increasingly fractious coalitions that have no dominant members.

The law does more than just provide for a rotation in the role of prime minister without needing the government to resign and regain the confidence of parliament. Among its many provisions, perhaps the most relevant to the stability of Bennett’s government is the one that triggers an automatic rotation if a government’s term is cut short by early elections.

This means that if the opposition gains a sixty-first member who enables it to dissolve the Knesset and hold new elections, it will be installing Yair Lapid as prime minister, not Benjamin Netanyahu. And there he will stay as caretaker until a new government is formed. There is little reason to believe that the bloc of pro-Netanyahu parties can win the clear majority at the polls that eluded them in four election cycles in 2019, 2020, and 2021. The longer the stalemate, the longer the more moderate Lapid, not the rightist Bennett, remains in power.

To be sure, the loss of a parliamentary majority is a damaging setback for both Bennett and Lapid. Every bit of legislation will be a slog, and many worthwhile initiatives are probably now doomed to defeat. But thanks to their parties’ shared antagonisms and the constitutional provisions that empower minority governments, it is still too soon to count either of them out.

Shany Mor is an Adjunct Fellow at the Foundation for Defense of Democracies and a Research Fellow at the Institute for Liberty and Responsibility at Reichman University. Follow him on Twitter @ShMMor