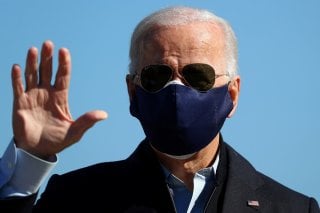 Two years after America and its allies defeated Nazi Germany in World War II, a diplomat stationed in Moscow named George Kennan wrote a massive 5,363-word telegram to State Department headquarters outlining the threat that the Soviet Union posed to the Free World. It was a time when the Cold War was beginning to take shape, and the threat the USSR presented to western democracies was beginning to materialize.

Nearly three-quarters of a century after this warning, the Russian threat has reemerged with a vengeance and with the same capacity for subversion, disinformation, and division. As Kennan put it,

“Soviet Efforts will be made ... to disrupt [Western] national self-confidence, to hamstring measures of national defense, to increase social and industrial unrest, to stimulate all forms of disunity … poor will be set against rich, black against white, young against old, newcomers against established residents.”

American values are once again under attack from Russia. Vladimir Putin, and the hackers who serve him, are breeding disunity, with considerably more success than Stalin ever achieved, or even imagined. Stalin had no internet, no Facebook, no Twitter, no social media platforms to exploit with a host of fakes and frauds designed to mislead trusting Americans. Putin and his apparatchiks have those tools and are making the most of them to destabilize American democracy. Putin and Russia remain unchecked by an American president for the first time in generations. Russian attacks online are sowing dissension, hatred, and chaos in our country, causing domestic unrest and international destabilization in a way that far exceeds Russian interference during the Cold War.

These Russian attacks on our country not only remain unrestrained by Donald Trump, but are amplified by his tweets and pronouncements. Americans expect their President to act with decency and character.  Yet, Trump has failed to live up to this fundamental expectation. Not since the 1920s, when the Ku Klux Klan marched down Pennsylvania Avenue, have America’s bigots felt so empowered. Trump’s dog-whistles for racist and Neo-Nazi groups; barbed remarks against Muslims, immigrants and Hispanics and other minorities; favorable comments about authoritarian dictators; rejection of our Cold War allies; assault on America’s free press; attacks on Gold Star military families; and callous indifference to the sufferings of millions of COVID-19 victims have unmoored the cohesion of American society and undermined America’s standing in the world.

The allies who supported us in World War II through the Cold War do not know what America stands for any longer. And, while our friends worry about our reliability, our foes continue to exploit our societal fissures. America simply cannot afford another four years of domestic disruption and international instability under Donald Trump.

Our country needs a steady hand at the helm. It needs a president who will work to reunify our country. It needs a commander in chief who knows who our enemies are and has fought against those enemies his entire career.  It needs a leader with an upstanding character and personal decency.

It is for these reasons that I am supporting Joe Biden. I have known Joe Biden for decades, and I believe him to be a man of character.  As a lifelong conservative and registered Republican, I have disagreed with his policies and opinions more often than not. Yet, in these extraordinary times, I believe character counts even more, for in disunity no policy is likely to succeed.

In my experience, Joe Biden has always been a decent, steady, and fair-minded human being who has consistently comported himself with dignity and supported the values we hold dear as Americans. Unlike the current resident of the White House, Joe Biden’s upstanding character and personal decency could serve as a fine role model for my grandchildren, and for the children and grandchildren of my fellow Americans.

In this election, I trust Joe Biden to focus our energies as a nation against our enemies, restore our enduring relationships with our allies and partners around the world, work to heal our country’s internal wounds, and unite our country around the common values we all hold dear.