How Russia Views the Ukraine Crisis 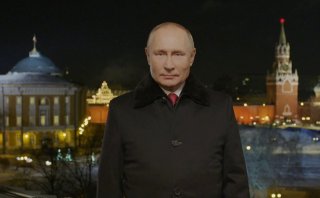 During the week of December 13, 2021, I was invited by the Moscow State Institute for International Relations to speak about the U.S. wars in Vietnam, Iraq, and Afghanistan, and President Joe Biden's defense budget at the Moscow Arms Control Conference and the Russian Congress of Political Science. My visit came at a critical time for U.S.-Russian relations. At the time, Russia was amassing tens of thousands of troops on its border with Ukraine; it all looked reminiscent of Russia’s annexation of Crimea in 2014. Also, December marked the thirtieth anniversary of the Soviet Union’s collapse. So, naturally the situation in Ukraine hung over the conference’s formal and informal discussions.

In my presentation on why the United States failed in Vietnam, Iraq, and Afghanistan, I pointed out that U.S. military superiority was unable to garner the public support in those countries necessary to support U.S. objectives. Consequently, this failure amplified the lack of support at home as these conflicts dragged on and levied a heavy financial and human toll.

Yet during my time in Moscow, it became clear to me that the Ukrainian military would not be overrun by the Russians as they were in 2014. While the Ukrainians may suffer initial battlefield losses, they would not stop fighting. In fact, the New York Times reported that Ukrainians were already training and equipping their civilian populace to wage an insurgency should Russia invade. For Russia, it seemed likely that its efforts would turn out similarly to the United States experience in Vietnam, Iraq, and Afghanistan.

From my other conversations in Moscow, it was apparent that a majority of Russians do not support another attack on Ukraine, especially if it drags on without end.

In my other presentation, I dealt with contentions from Russian experts. They thought the United States is hyper focused on China to the extent that the United States is either unwilling or unable to deal with any Russian military escalation in Eastern Europe. As one scholar put it, U.S. national security policy currently only has time for the three C’s: China, coronavirus, and climate change. But in my talk on the U.S. national security strategy, I explained that while Democrats and Biden appear to be rhetorically focused on China, it has not come at the expense of dealing with other threats. In fact, the Biden administration is spending more on defense than Donald Trump, after one controls for inflation, and the administration currently is spending more on defense than at the height of Ronald Reagan’s defense buildup—three times more than China and ten times more than Russia.

Fortunately, the Russians did not attack Ukraine during my visit and on December 30, 2021, Vladimir Putin and Biden spoke for fifty minutes about Ukraine. The Russians and the United States will meet during the second week of January for more discussions on the issue.

As the White House prepares for these discussions, it is imperative to frame the issue from the historical and Russian perspective that repeatedly was raised during my visit.

First, many in Russia believe that when the leaders of the former Soviet Union allowed Germany to be unified, they received assurances from U.S. officials that Washington would not expand NATO eastward by allowing Eastern European countries to join. And there is some evidence that some U.S. officials made commitments not to expand NATO toward Russia in order to end the Cold War. For example, Ambassador Jack Matlock, the last U.S. ambassador to the former Soviet Union, has testified and written that Mikhail Gorbachev had received assurances that if Germany unified and stayed in NATO, the borders of NATO would not move east. And Robert Gates, the future secretary of defense, who was the deputy national security advisor at the time of the Soviet collapse, criticized NATO’s eastward expansion in the 1990s when Gorbachev and others were led to believe that it would not happen.

Moreover, U.S. officials were not the only ones offering these promises to the Soviet leaders, they were joined by leaders from Germany, France, and the United Kingdom. This view was supported by many important former government officials like George Kennan, the father of containment. According to Kennan in 1997, “Expanding NATO would be the most fateful error of American policy in the Cold War era. Such a decision may be expected to impel Russian foreign policy in directions not to our liking.” Kennan's position was supported by an impressive group of about fifty military, political, and academic leaders, including Paul Nitze and Jack Matlock, who said in an open letter to President Bill Clinton that the plan to expand NATO would be a policy error of historic proportions.”

Nonetheless, in 1999, under Clinton, NATO added three new members from the former Warsaw Pact: Poland, Czechoslovakia, and Hungary. Next, in 2004, seven more—including the three Baltic states which had been part of the former Soviet Union—joined as well. Then, in 2008, President George W. Bush raised the idea of Georgia and Ukraine being invited to join, which like the Baltics, were former Soviet Union states for seventy years and directly border Russia. Putin responded by invading Georgia in 2008, and, in 2014, annexed Crimea from Ukraine.

Second, they also told me it is important to understand the relationship between Ukraine and Russia. From 1922 until the end of the Cold War, Ukraine was part of the Soviet Union (In fact it was one of the founding states of the former Soviet Union). At the time, it was called the Ukrainian Soviet Socialist Republic and was governed by the Communist Party of the Soviet Union. Its official language was Russian, and it was the birthplace of both Soviet leader Leonid Brezhnev and Nikita Khrushchev’s wife.

Third, it is important to note that Russia, under Putin, is in better shape economically than it was under Soviet rule. I noticed during my visit that Moscow is more like Paris today and is much improved than when I visited in the 1980s and early 1990s.

Fourth, while the United States cannot claim that Ukraine and Georgia are prohibited from joining NATO, the fact is we do not have the votes required of the other twenty-eight NATO members to invite them. Biden could let the Russians know that this is not on the table at least for the foreseeable future

Fifth, the Russians also appear to believe that we are not respecting them in the way a great power deserves. Several political scientists actually mocked Francis Fukuyama for declaring the end of history after the collapse of the Soviet Union, and instead cited the work of Stephen Cohen, the recently deceased Russian scholar, who praised Putin for getting Russia back on its feet.

The Biden administration and Russia must keep these perspectives at the forefront as they prepare for future talks. Europe’s fate could depend on it.

Lawrence Korb is a Senior Fellow at the Center for American Progress and a former Assistant Secretary of Defense in the Reagan Administration.