How Ukraine Won the Information War 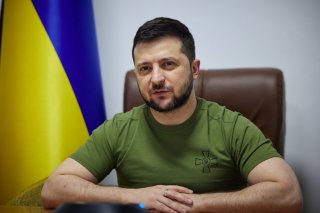 A little over a year ago, global audiences were transfixed by the final days of the war in Afghanistan. While headlines around the world reported on catastrophic battlefield losses and desertions, the Taliban leadership penned cogent commentaries in Western newspapers while meeting with foreign envoys in luxury hotels in Doha, Moscow, and Dubai.

The media coverage of the Afghanistan war skewed well in favor of the Taliban as many journalists wittingly or unwittingly echoed their talking points, selling the movement’s leaders as ascetic patriots seeking to overthrow a corrupt regime. The Taliban’s self-declared, unverified victories, broadcast via Twitter, WhatsApp, and Telegram in numerous languages, were rarely challenged and usually delivered as fact. The Afghan government was slow to respond to these reports, took its own legitimacy for granted, and remained mired in corruption which was cleverly exploited by the puritanical Taliban. It has been argued that the Taliban’s exploitation of an ineffective, self-enriching Afghan government combined with a narrative of overwhelming battlefield victories impacted the morale of government forces and sapped the will of the people to resist.

By failing to recognize the necessity of reform and being unable to acquire an advantage in the war of ideas, the Afghan government lost the narrative through the Taliban’s expert use of propaganda well before it lost the war. It is also fair to ask whether propaganda operations in modern conflict are more consequential than battlefield operations. If there is any question, look no further than Ukraine’s remarkable strategic communications campaign in its fight against Russia.

As the war in Ukraine rages on, there is little doubt that President Volodymyr Zelenskyy, a former actor and comedian, has invested as much effort into propaganda operations as tactical maneuvers on the battlefield. Western media routinely accepts official Ukrainian reports of casualties and equipment losses sustained by Ukrainian forces, while potentially overstating Russian troop losses and echoing unnamed Pentagon officials’ claims about imminent Russian defeat. In contrast, much of the desultory Russian influence campaign (at least towards the West) may be explained by a longstanding aversion to factual battlefield reporting, the absence of media embeds, and a primary focus on an internal Russian audience. Even so, the level of importance and exploitation of battlefield information by the Ukrainians is remarkable by any measure.

Perhaps Zelenskyy’s understanding of strategic communications comes from his background in the entertainment industry, where appealing to an audience is essential. Likewise, a comparison to the communication skills of Ronald Reagan is inevitable. It could also come from the harsh understanding that without Western support, Ukraine would have fallen soon after the Russians attacked. Whatever the reason, Zelenskyy went on the information offensive early. No one can rival Zelenskyy in delivering Ukraine’s message. He has been unsurpassed in his use of persuasion, unapologetic in his use of coercion (often humiliation), and unrivaled in his theatrics—not to mention chutzpah. When asking for help from the British parliament, he invoked Winston Churchill; with the U.S. Congress, 9/11; and with the Israeli Knesset, the Holocaust.

Zelenskyy is not alone in promoting an image of plucky Ukrainian resistance. Below him is a well-oiled propaganda machine built on a foundation of an established commercial advertising sector and years of Western assistance. Since 2014, propaganda operations have characterized Russia as the bête noire of a Western-leaning Ukraine. When the Russians invaded in February 2022, the propaganda machine was ready, and so was Zelenskyy.

For this, the selective release of information and curating battlefield results have been essential, as has been the proliferation of Twitter feeds, mass e-mailings, and videos displaying exploding tanks, sturdy Ukrainian troops, and cities devastated by Russian atrocities. The use of GoPro cameras and YouTube videos is unprecedented and will be a presence, and a precedent, on any future battlefield. Twenty years ago, the argument was about whether to allow troops to have cellphone cameras in combat. Today, helmet cameras are as essential to Ukrainian information operations as rifles are to combat.

While modern propaganda tools like full-motion video have been consequential, so has the ancient tool of warrior mythology. Since the dawn of recorded history, the stories of Odysseus, Achilles, King Arthur, Robert the Bruce, and countless others have inspired soldiers around the campfire and maintained public support on the home front. In both world wars, game-changing sharpshooters or ace pilots of mythic proportions showed up, with figures such as German fighter pilot Manfred von Richthofen, known as The Red Baron; Soviet sniper Vasily Zaitsev; Finnish sniper Simo Hayha known as “White Death”; and Ukrainian-born Soviet sharpshooter Lyudmila Pavlichenko, aka “Lady Death”. There were also the female Kurdish peshmergas, vastly fetishized in media, literature, video games, and even a film produced by Hillary Clinton.

These same propaganda techniques are being used today in the Russo-Ukrainian War. Iconic figures—both virtuous and evil—are routinely fed to a world audience. Consider fighters such as a mysterious female Ukrainian sniper code-named “Charcoal,” the martyrdom of the Snake Island Defenders, and the so-called “Ghost of Kyiv,” a female Ukrainian fighter pilot who is alleged to have shot down numerous Russian planes. The valiant defenders were attacked by dark Russian vehicles painted with the ominous, foreboding “Z”,  opposed by commanders such as the Butcher of Syria, and fighting Russian “Orcs” named after the subhuman seven-foot monsters fighting the forces of good in the Lord of the Rings trilogy.

The accomplishments of the charismatic President Zelensky and the well-oiled Ukrainian propaganda machine are hard to overstate. Not only have they rallied the citizens of Ukraine to its defense but also engendered an unprecedented outpouring of Western support and assistance. Through an expertly scripted propaganda campaign, Ukraine has skillfully vilified the Russian invasion, the leader who ordered it, and the troops who fight it, nullifying any Russian argument that the invasion is justified on legitimate national security concerns.

This was not by accident. Information curation, the manipulation of public opinion, and media censorship have been key elements of warfare throughout history, and both the Taliban and the government of Ukraine stand as prime examples of such operations in our time. Through various media platforms, old and new, both skillfully created narratives for their cause and neutralized the efforts of their enemies. The Taliban transformed its image from radical extremists who harbored terror groups into patriots fighting against foreign occupiers, no mean feat after its pre-9/11 record. Yet, their skills have been far exceeded by the Ukrainian propaganda machine, with its arsenal of tweets, YouTube videos, and a far more sympathetic media the world over.

The war in Ukraine is far from over despite recent counteroffensives in the north and south, resourced by seemingly unlimited supplies of arms and ammunition. Yet, it is equally likely that battlefield operations will devolve into a bloody stalemate rather than achieve Zelenskyy’s goal to liberate eastern Ukraine and Crimea. But while the battlefield operations have a long way to go, propaganda operations have already achieved victory. The phrase “Slava Ukraini” has become a common greeting, Elon Musk’s call for peace is answered with profanity and scorn, and Western countries have stripped billions from national defense budgets to feed the war. The architects of the Ukrainian propaganda campaign can already declare victory.

Tanya Goudsouzian is a Canadian journalist who has covered Iraq and Afghanistan for over fifteen years. She is a former Opinion editor of Al Jazeera English Online. Follow her on Twitter: @tgoudsouzian.