How Will the Middle East Greet the Afghan Taliban? 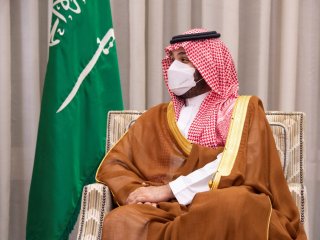 Since the Taliban captured Kabul on August 15, no government has recognized the “Islamic Emirate” as Afghanistan’s legitimate government. At this juncture, the Taliban is working to try to earn formal recognition internationally, although it is not clear if its efforts will succeed. The legacy of the group’s ultra-reactionary 1996-2001 rule, its seizure of power through force rather than negotiations, and the countless uncertainties on the ground help to explain why no state has so far acknowledged the “Taliban 2.0” as a legitimate administration.

However, this approach—refusing to engage with the Taliban and hoping it will go away—is becoming steadily less viable as the Taliban consolidates its power over its territorial gains. Barring minor holdout areas such as the “National Resistance Movement” in the Panjshir Valley, most countries have already recognized in practice, if not in principle, that the Taliban constitutes the new government of Afghanistan. These countries may or may not come around to concluding that establishing ties with the new government in Kabul is the most prudent course of action, even if uncomfortable. There are good reasons, however, to expect the international community to be polarized on this issue.

Most Western governments have already made it clear that they do not intend to recognize the “Islamic Emirate.” China, Iran, Pakistan, and Russia are keeping the option of formally recognizing the Taliban on the table, but none of those countries have yet taken that step. Oddly, the United States has charted a path between these two positions; although it has kept the Taliban at arm’s length, U.S. officials have indicated that Washington might recognize the group’s authority if it protects human rights and severs its ties with Al Qaeda. Meanwhile, India’s position can best be described as ambiguous, with no commitments or rejections from New Delhi.

Probably the most interesting case is that of the Gulf Cooperation Council (GCC) member states. The Gulf monarchies find themselves facing a new and difficult dilemma vis-à-vis the Taliban regime. They are nervous about the “Islamic Emirate” returning to power for multiple reasons, including fears of instability in Afghanistan spilling into the Gulf and the West Asian country once again becoming a breeding ground for terrorist groups—threats to which the GCC countries, whose citizens have often joined and financed such groups in the past, are no strangers.

During the 1996-2001 rule of the first Taliban incarnation, three countries recognized its sovereignty. The first was Pakistan, long suspected of arming and financing the movement. The other two were Saudi Arabia and the United Arab Emirates, both in the GCC. Like Russia and China, these two Arab states are closely monitoring the situation in Afghanistan and embracing a pragmatic approach to dealing with the new government.

Even if the GCC states drag their feet on making decisions about formal recognition, informal and below-the-table engagement between Gulf Arab governments and Kabul’s new rulers will most likely take place. For the Saudis, their channels of communication with the Taliban will likely go through Pakistan, which has managed the unlikely feat of maintaining close relations with both the GCC states and their regional rival, Iran. According to one foreign diplomat in Saudi Arabia, Riyadh will have “no other option” but to “accept the Taliban” a second time, especially considering the “historical relationship” between the two nations.

Saudi Arabia’s approach will likely be a moderating one. As the new Saudi leadership has championed “moderate Islam,” Riyadh may try to use its influence over the Taliban to push the group in a direction further away from the extremism that defined the “Islamic Emirate” of the 1990s and early 2000s. The Saudis have been on the receiving end of Islamist terrorism over the past three decades, and it is in their interests to reduce or eliminate it. At the same time, Riyadh is conducting outreach to Washington, and backing the American line on Afghanistan could prove politically advantageous to the country’s leadership.

On the other hand, the leadership in Abu Dhabi, which firmly opposes virtually all forms of political Islam, will almost certainly not welcome the Taliban’s return to power. That the UAE is hosting ex-president Ashraf Ghani, accused of taking nearly $170 million in cash from the country’s central bank during his escape, underscores this point.

With that said, the Emiratis are known for conducting a realistic foreign policy. The UAE has demonstrated its ability to work with various types of regimes, irrespective of ideological differences. Even if it would be difficult to imagine Abu Dhabi formally recognizing the Taliban, it is safe to assume that the UAE would engage the Taliban on some level if it maintains its grip on power in Afghanistan—a country where the Emiratis started playing a military role in 2001.

Qatar is an interesting case. From 2013 onward, the Taliban has maintained an office in Doha, and Qatar has mediated negotiations between the group, the United States, and the Ghani administration prior to its August dissolution. As a diplomatic bridge between the Taliban and the West, Doha finds itself in a unique position and, having distinguished itself by helping during the evacuation from the Kabul airport, is working to make itself increasingly useful to the United States during this difficult period in Afghanistan.

But would Qatar be the first country to recognize the Taliban? This is difficult to say. On one hand, the gas-rich Gulf Arab country goes to pains to show its support for its security guarantor, the United States, which is committed to trying to isolate the Taliban internationally. On the other, if the Taliban is in power for the long term and if Qatar wants to grow its influence in Afghanistan, officials in Doha realize that it would be difficult to achieve this goal without having an official relationship with the de facto government in Kabul. One way to understand Qatar’s likely actions in Afghanistan is to consider it within the context of broader geopolitical conflicts—such as the four-year blockade of the nation by Saudi Arabia, the UAE, Bahrain, and Egypt, from which tensions remain even after its official January 2021 resolution.

For now, the Qataris, much like the Saudis and Emiratis, are acting carefully in relation to Afghanistan. Doha has continued to play a mediating role amid the evacuation, and Qatar will likely make up its mind on the question of recognition further down the line. Regardless of how Doha approaches the developments in Afghanistan, the country’s humanitarian role during the ongoing chaos has earned it much goodwill in the United States and elsewhere.

Today the world looks at Afghanistan with apprehension. Countries bordering the war-torn nation have serious concerns about the influx of refugees, weapons, illicit drugs, and terrorists from Afghanistan. These governments have good reason to worry about Taliban rule resulting in tumult across Afghanistan, with serious ramifications for the wider region.

The debate about whether governments should recognize the Taliban as the country’s legitimate government is sensitive and unlikely to find a global consensus. It seems likely that the first country to formally open diplomatic relations with the “Islamic Emirate” will be a Eurasian one, geographically close to Afghanistan and not put off by the militants’ selective interpretation of human rights. Instead, economic and security considerations will probably drive their foreign policies vis-à-vis Afghanistan.

Meanwhile, judging by the current approach, Western governments will continue to use whatever leverage they still possess to try to pressure states worldwide to back efforts to isolate the Taliban, rather than legitimizing the Islamist group through recognition. But countries in the Gulf, Pakistan, and global powers such as China and Russia are looking at the situation in Afghanistan with their own interests in mind, meaning that they may approach Kabul on different terms—and Western attempts to isolate the regime, whether originating in Washington, London, Paris, or Berlin, will almost certainly fall short.

In short, while working with the Taliban is unconscionable for many in the West, some measure of engagement with the group will lead to the best outcomes for the West. In attempting to influence the Taliban’s behavior, the United States should be able to depend on certain regional allies, namely Turkey and Qatar, which have maintained relatively good relations with the group. If Washington can present a unified strategy in coordination with these partners, it might be able to prevent the Taliban from taking its agenda from another country such as Iran, Russia, or Pakistan, making it even less receptive to U.S. interests. However, if the United States does nothing to encourage its objectives, it will have little standing to complain if Afghanistan returns to resembling its unfortunate condition in the 1990s.

Dr. Khalid al-Jaber is the Director of MENA Center in Washington, DC. Previously, he served at al-Sharq Studies & Research Center and as Editor-in-Chief of The Peninsula, Qatar’s leading English language daily newspaper. Al-Jaber is a scholar of Arab and Gulf Studies, and his research focuses on political science, public diplomacy, international communications, and international relations. He has published scholarly works in several academic books and professional journals, including the World Press Encyclopedia, Sage, and Gazette.